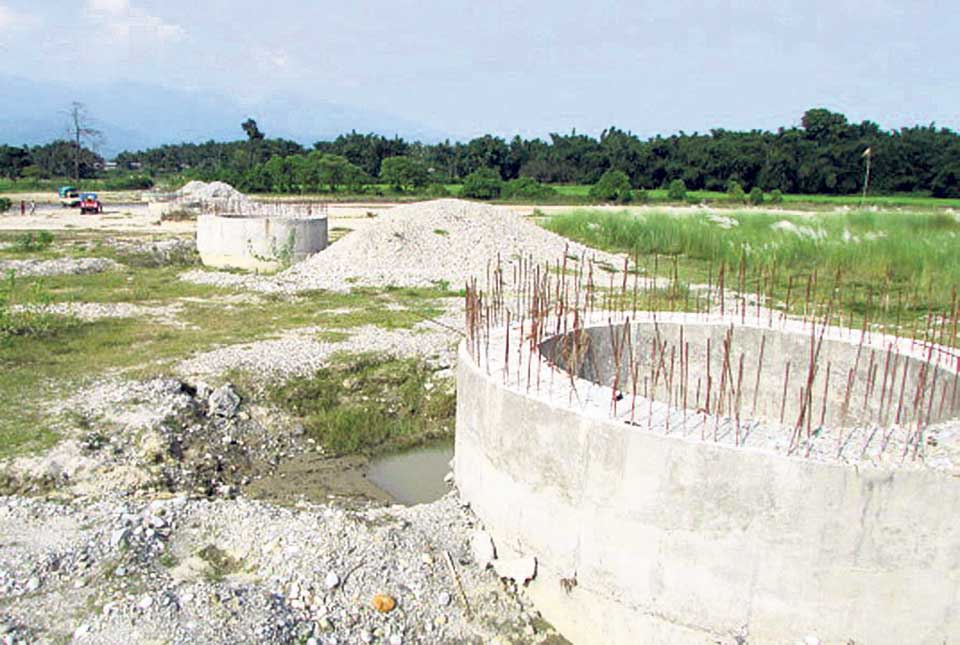 Work on the Gideri bridge remains abandoned for the past four years. | Photo: Maheshwar Chamling Rai

UDAYAPUR, Sept 21: At a time when negligence and deceits of Pappu Construction in development projects are coming to the fore, it has been reveled that the company under-performed in yet another important project.

In the four years, only 20 percent of the construction of the 218 meters long bridge has been completed.

The contract was signed with Road Division Office of Lahan in 2014 with a budget of Rs 140 million. Under the contract, the contractors are supposed to complete the works within three years, i.e. October 16, 2017. However, the progress is negligible even after a year of the original deadline, locals accused.

Lack of the bridge has caused many problems for the locals along Saptari-Udayapur border. Locals of Belka Municipality are forced to take perilous journeys to cross the river during every monsoon.

Especially residents of ward 2, 3 and 4 have difficulties crossing the river to travel to and from the municipality center Rampur, according to Janak Rai, a local. Residents of Bhagalpur, Tapeshwari, Bandanda, Jaganna, Bhasi, Ratapani, Purandaha, Belha, Karaiya, Galfadiya along with dozen other settlements are suffering due to the delay.

Pappu Construction had used political pressure to secure deadline extension by one year, informed Narad Niraula, another local. “The contracting companies also tried to use sub-standard construction materials. But locals united and warned them that we would destroy the foundation pillars if they insist on using sub-standard materials,” he added.

According to Soveet Lal Thakur, engineer of Lahan Road Division Office, the contracting companies have already claimed over Rs 22 million from the budget.

KATHMANDU, March 12: Student leader Meera Katuwal, who was injured and subsequently lost her leg in the bomb explosion carried out... Read More...