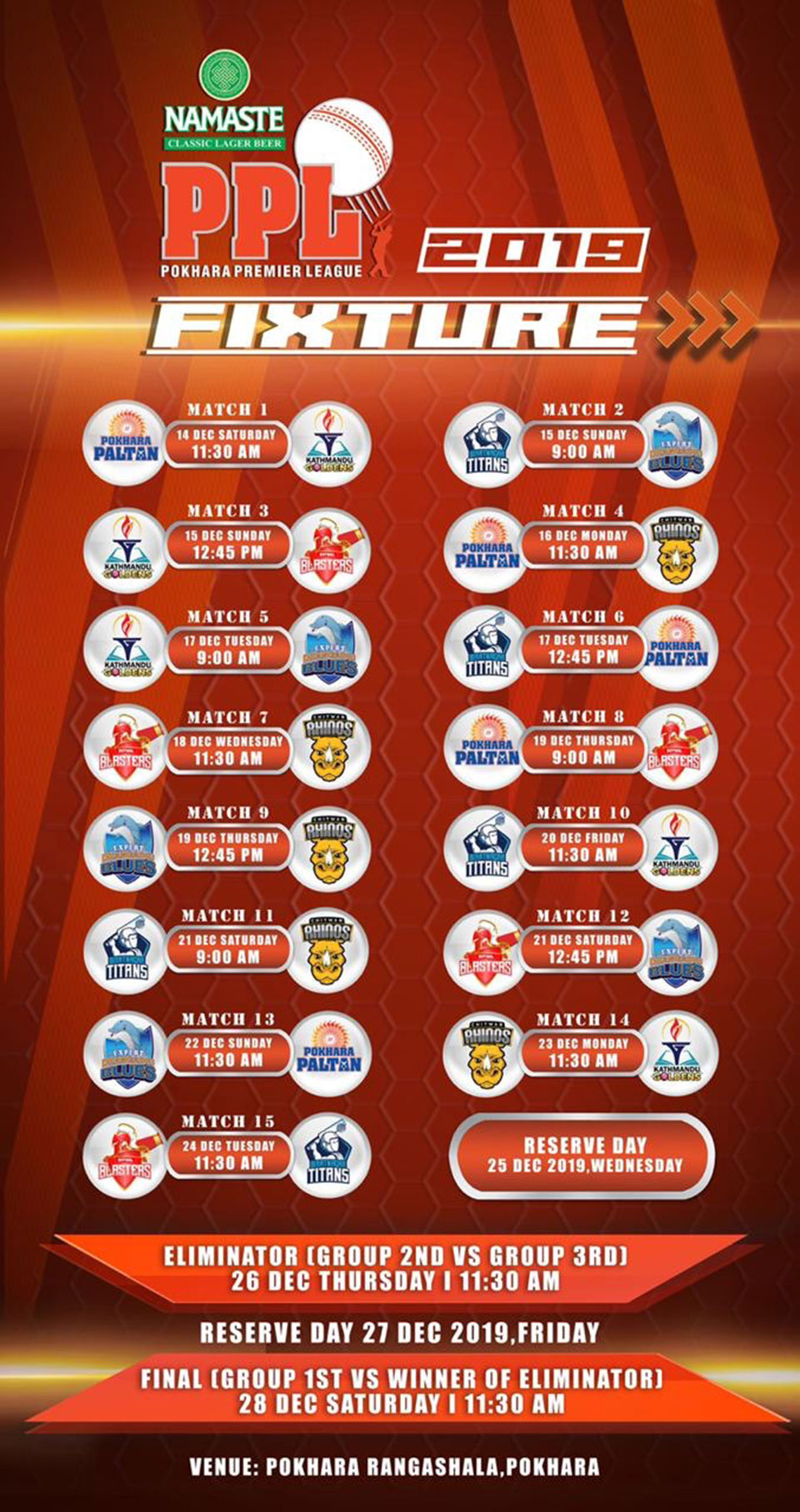 POKHARA, Dec 12: Queens Event Management has unveiled the schedule for the second edition of the Pokhara Premier League (PPL) on Wednesday.

The organizers announced that the tournament, to be held at the Pokhara Stadium’s cricket ground, will start from Saturday.

Similarly on Monday, Paltan and Chitwan Rhinos will go head-to-head, while Kathmandu Goldens battles against Dhangadhi and Titans faces Paltans on December 17.

On the following day, only one match will be played as  Blasters face a Rhinos challenge with Paltan taking on the next day. On the same day, Dhangadhi will take on Rhinos.

Biratnager, on December 20, will play against Goldens, while, Biratnagar plays against Chitwan the next day, which also sees Butwal facing Blues.

Dhangadi faces Pokhara on December 22, while Chitwan takes on Kathmandu on the next day. Butwal play against Biratnagar on December 24.

The eliminator match after the group stages are scheduled to be play on December 26. The match will be contested between the second-placed team and third-placed team.

As the top finishing team will straightly reach the final, it will wait on the winner of the eliminator match. The final is said to be played on December 28.

POKHARA, Oct 27: Butwal Blasters will play against Chitwan Rhinos in the second match of the Pokhara Premier League on... Read More...

PPL from next week