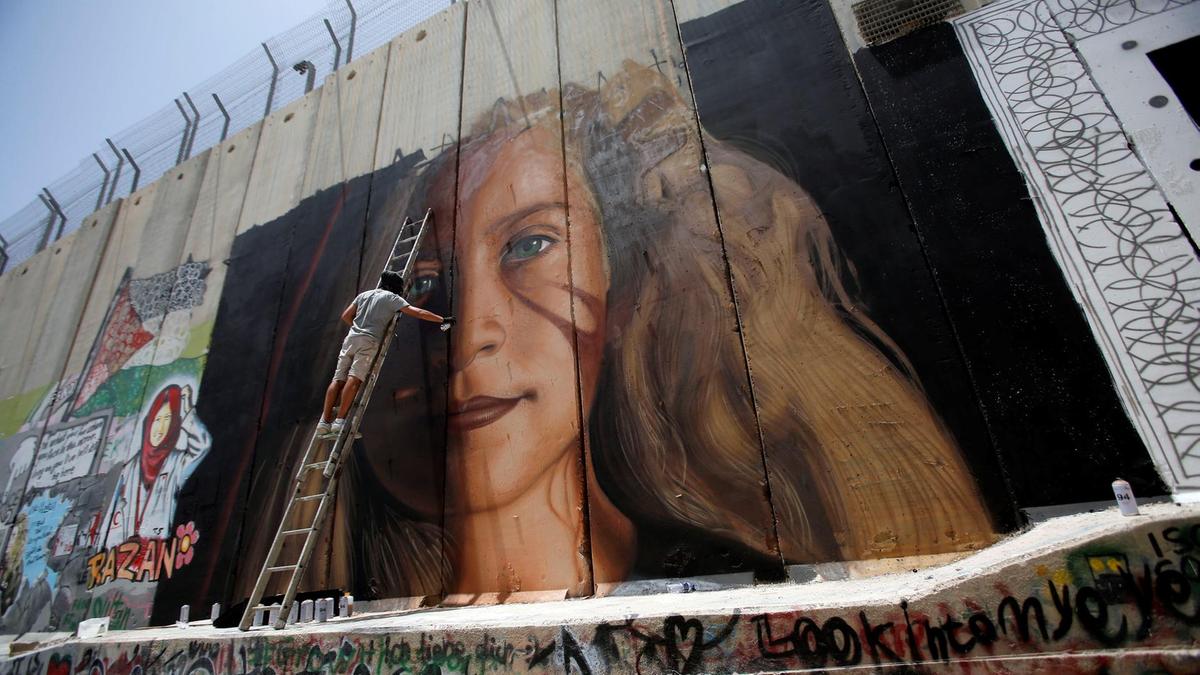 ISRAEL, July 29: Palestinian teenager Ahed Tamimi left prison Sunday after an eight-month sentence for slapping two Israeli soldiers, an episode captured on video that made her a symbol of resistance for Palestinians, a prison service spokesman said.

Assaf Librati told AFP Tamimi, 17, and her mother, who was also jailed over the incident, were being driven by Israeli authorities from a prison inside Israel to a checkpoint leading to the occupied West Bank, where they live.

Israeli authorities provided conflicting information on which checkpoint they were being taken to.

They were first expected to arrive at a checkpoint near the Palestinian city of Tulkarm in the occupied West Bank, but there were later indications they would be taken to a crossing at Rantis.

Both Tamimi and her mother were sentenced to eight months in an Israeli military court following a plea deal over the December incident which the family said took place in their yard in Nabi Saleh in the West Bank.

Video of it went viral, leading Palestinians to view her as a hero standing up to Israel's occupation.

Her now-familiar image has been painted on Israel's separation wall cutting off the West Bank. Palestinian president Mahmud Abbas has praised her and social media has been flooded with support.

But for Israelis, Tamimi is being used by her activist family as a pawn in staged provocations.

They point to a series of previous such incidents involving her, with older pictures of her confronting soldiers widely shared online.

Many Israelis also praised the restraint of the soldiers, who remained calm throughout, though others said her actions merited a tougher response.

Tamimi was arrested in the early hours of December 19, four days after the incident. She was 16 at the time.

Her mother Nariman was also arrested, as was her cousin Nour, who was freed in March.

Israel's military said the soldiers were in the area on the day of the incident to prevent Palestinians from throwing stones at Israeli motorists.

The video shows the cousins approaching two soldiers and telling them to leave before shoving, kicking and slapping them.

Ahed Tamimi is the most aggressive of the two in the video.

The heavily armed soldiers do not respond in the face of what appears to be an attempt to provoke rather than seriously harm them.

They then move backwards after Nariman Tamimi becomes involved.

The scuffle took place amid clashes and protests against US President Donald Trump's controversial recognition of Jerusalem as Israel's capital.

Relatives say that a member of the Tamimi family was wounded in the head by a rubber bullet fired during those protests.

Israeli police have arrested the Italian graffiti artist who depicted Ahed Tamimi on a West Bank separation wall mural in Bethlehem, to coincide with the Palestinian teenage heroine’s release from prison.

Agostino Chirwin, also known as 'Jorit Agoch,' wrote on his Instagram account “We are in prison from Israeli army.  Who can help us please do it” on Saturday. He was detained with another Italian artist and a Palestinian, whose identities were not released, according to Reuters.

Earlier this week Chirwin, known for hyperrealistic murals of activists, painted a portrait of 17-year-old Tamimi on the wall that separates the West Bank and is regarded as a segregation barrier by Palestinians. The artist usually hides his identity with the help of a black cloth wrapped around his head but posts his murals on an Instagram account.

Border police say that painting on the wall is illegal, confirming the arrest to The Times of Israel. Their spokesman said the suspects tried to get away in their vehicle.

The mural had been created in time forTamimi’s release on Sunday. She was arrested last December for slapping an Israeli soldier in the West Bank village of Nebi Saleh. Footage of the confrontation went viral and the teenager’s subsequent arrest and detention garnered international attention, with many seeing her as the poster-child for Palestinian resistance against Israeli occupation. She was sentenced to eight months in prison.

Since Tamimi’s arrest, a number of her family members, including her recently-shot cousin, her mother and her father have been arrested. Her mother is also expected to be released on Sunday.

City worker caught on CCTV dragging teenager into alley to rape her, jailed for eight years

LONDON, July 6: A married city worker who carried an 18-year-old woman into a dark alleyway where he raped and sexually assaulted... Read More...