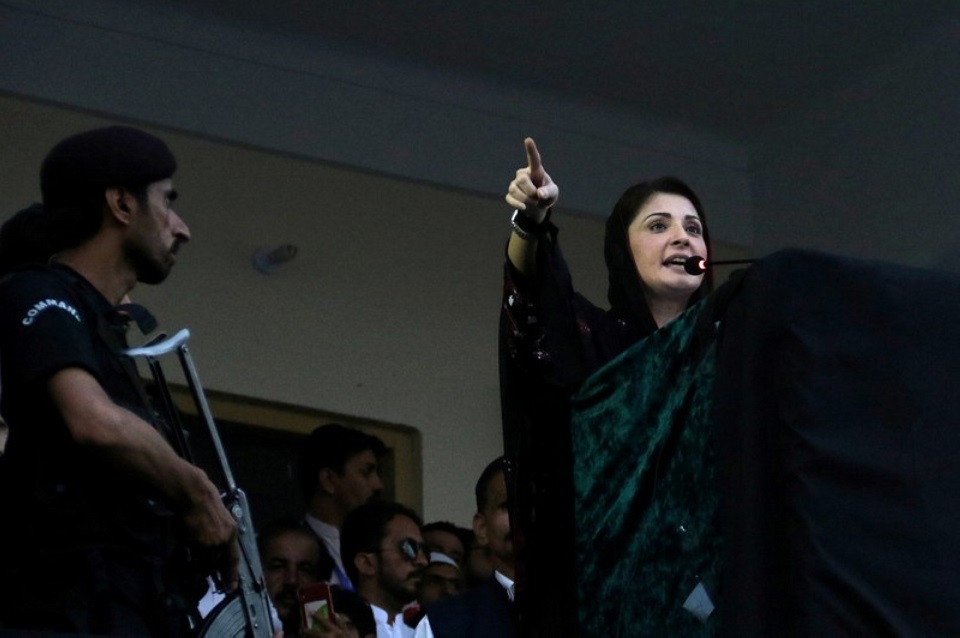 Nawaz Sharif, who is also on trial for corruption, was granted bail on health grounds on Oct. 26 on medical grounds. He is now receiving treatment at a government hospital in Lahore.

Maryam Nawaz was arrested by anti-corruption agents in Lahore on Aug. 8 when she was visiting her father in jail.

“We mentioned her father’s health condition but also argued that she has the due right of having bail constitutionally,” lawyer Azam Nazir Tarar told Reuters. “The bail is on merit and not on humanitarian grounds.”

Both had denied the charges against them.

Maryam is one of the few opposition figures to openly criticise Prime Minister Imran Khan and Pakistan’s powerful military and has led big anti-government rallies across the country.

Sharif’s party, the opposition Pakistan Muslim League, has accused authorities of victimizing Sharif and his family. The government denies this.

The bail coincides with opposition protests led by religious party chief Fazl-ur-Rehman demanding Prime Minister Imran Khan resign. The government has denounced the protest campaign as a threat to democracy.