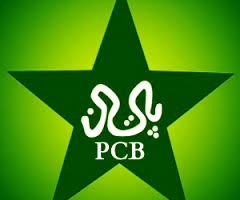 ISLAMABAD, March 20: The Pakistan government has barred the five cricketers involved in alleged spot-fixing from leaving the country.

Jamshed is still in Britain, where he was first arrested as part of investigation into alleged corruption in the PSL.

The interior ministry said in a statement that Irfan and Latif gave statements to officials of the Federal Investigation Authority in Lahore on Monday. Hasan and Sharjeel are scheduled to give statements on Tuesday.

Interior Minister Chaudhry Nisar Ali Khan directed FIA officials to carry out a thorough investigation against the five players. Khan said there should be a zero tolerance policy and anybody who is involved in spot-fixing should not be spared.

The PCB has formed a separate three-member tribunal which includes a retired judge and a retired general to conduct its own inquiry against Sharjeel and Latif.

Last week, the cricket board provisionally suspended Irfan and Shahzaib and gave them two weeks to respond to the charges.

Last month, Sharjeel and Latif were sent home from the United Arab Emirates for alleged spot-fixing during the PSL's opening match.

The PCB's anti-corruption unit questioned Irfan and Hasan during the PSL, but they were allowed to compete in the tournament. Both were provisionally suspended after they gave statements to the anti-corruption officials in Lahore last week.

PAKISTAN, April 16: An independent Pakistani watchdog criticized the country's human rights record over the past year in a new report released... Read More...