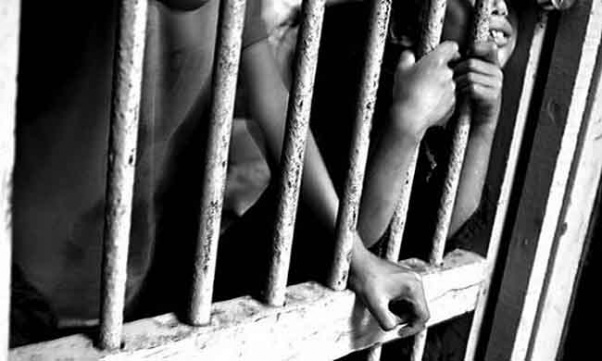 DOTI, June 22: The leaking roof of the district prison has forced inmates to live under plastic sheets. The start of the monsoon has become a matter of concern for the 47 inmates in the prison that has a capacity for only half of them. The prison was meant to house only 25 inmates.

"We spend the day in open ground, as we are worried about the dilapidated roof falling down after heavy rain," says leader of the prisoners, Dipendra Jethara. As a result the prisoners use plastic sheets to ward off the leakage during the night.

Chief of the Prison, Rajan KC however said that the renovation of the building has not been possible due to lack of funds. "The roof is leaking because it’s a very old building, and hence it has become very difficult for the prisoners," KC said. The huge number of prisoners is also creating a problem of drinking water and sanitation. There is a situation for the prisoners to take turns to go to the washroom.

Meanwhile, the Dipayal-Silgadhi municipality has pledged some funds to help renovate the prison building. "Once we receive the fund, we will start the renovation," says chief KC. Doti prison is the oldest prison in the Sudur Paschin Province.

KHOTANG, Dec 9: The inmates at the District Prison-Khotang are being fed meal made from stale rice grains brought to... Read More...

KATHMANDU, Dec 8: Even though the prison management has urged the government to reduce the number of prisoners by releasing non-violent... Read More...