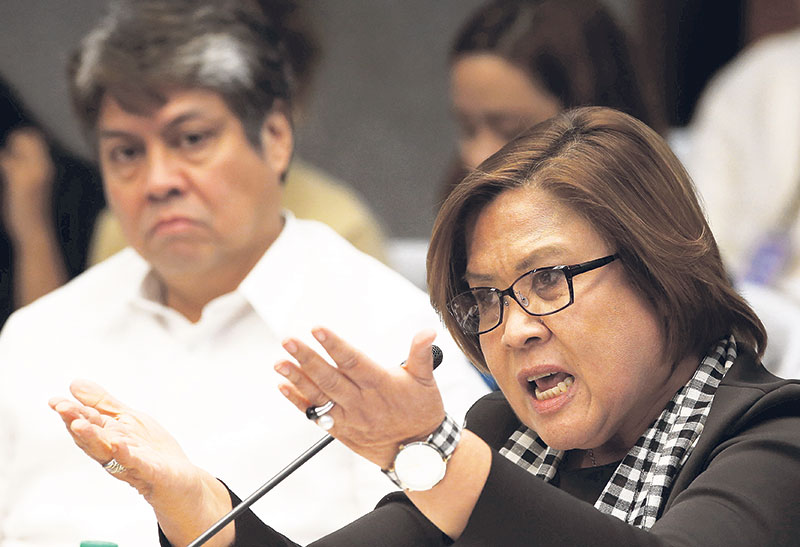 MANILA, Aug 24: More than 1,900 people, or about 36 per day, have been killed in a violent campaign against drugs in the Philippines since President Rodrigo Duterte came to office seven weeks ago, the country’s national police chief said on Tuesday.

Director-General Ronald dela Rosa told a Senate hearing there was no declared policy to kill drug users and pushers and that about 1,100 deaths were still being investigated. “We are not butchers,” he said.

The rest of the dead were people killed in police anti-narcotics operations, dela Rosa said.

“This has a chilling effect,” said Senator Frank Drilon after the police chief’s deposition. “We are all concerned about the number of deaths, by any language this is alarming.” Duterte, nicknamed “the Punisher”, was voted to power promising to wipe out drugs and warning traffickers they risked death if they did not mend their ways.

The inquiry is being conducted by a staunch critic of the president, Senator Leila de Lima, who has summoned top police and anti-narcotics officials to explain the “unprecedented” rise in the body count and reports of vigilante killings.
Duterte has warned legislators not to interfere with his campaign, saying they could be killed if they blocked efforts aimed at improving the country.

Nearly 700,000 drug users and drug peddlers have turned themselves in to escape the crackdown, police chief dela Rosa said. He said there was a decrease in overall crime, although murders and homicides had increased. Outside the senate building, dozens of supporters cheered dela Rosa for leading the war against drugs, chanting his nickname, “Bato, Bato”.

Some carried placards reading: “We are with you Bato in the fight against drugs”. The United States, a close ally of the Philippines, said overnight it was “deeply concerned” by the reports of the killings and the State Department urged Duterte’s government to abide by human rights norms.

New York-based Human Rights Watch said the United States and European Union members “should make it clear to Duterte that inciting such violence is unacceptable and will reap potentially severe diplomatic and economic costs”. “Otherwise, it’s hard to envision when these killings will end,” it said.

POLICE INVOLVED
The number of those killed provided by dela Rosa at the Senate hearing was higher than the 1,800 he gave at the hearing on Monday. He gave no explanation for the higher number but said the figures were updated.

WASHINGTON DC, July 27: North Korea on Friday handed over the remains of some U.S. soldiers who died during the... Read More...