Out of the freezer, Faulkner looks to re-boot in India 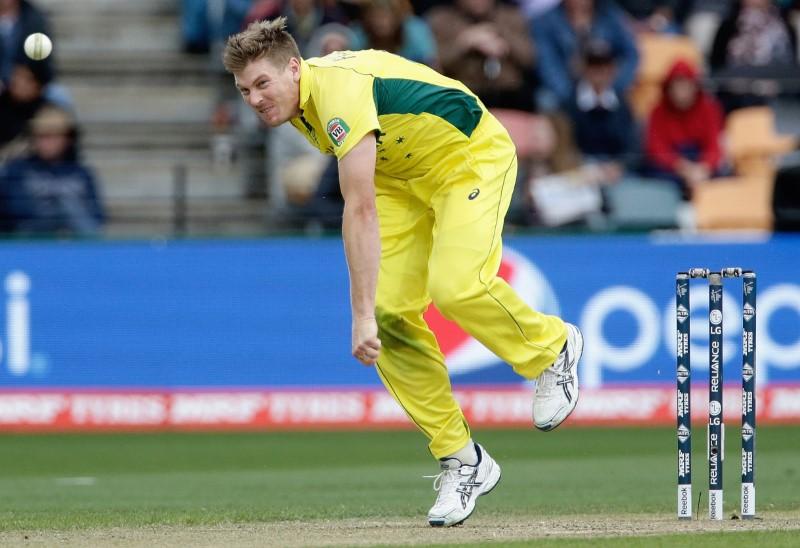 NEW DELHI, September 12: Being dropped from Australia’s Champions Trophy squad then missing out on national contract days later may have felt a bit like losing a match after being smashed for consecutive sixes on the final two balls for seasoned ‘death bowler’ James Faulkner.

Faulkner’s double-blow in April was a stunning reversal for the all-rounder who was feted as man-of-the-match in the 2015 World Cup final when the hosts crushed New Zealand in front of a joyous crowd of 100,000 at the Melbourne Cricket Ground.

Some excited local media went as far to declare it the death-knell for Faulkner’s international career after 67 ODIs, only weeks before his 27th birthday.

The fast-bowling all-rounder knew better, however, and his spell in the freezer is set to end in India this month where Australia play the hosts in five ODIs.

“It was pretty tough,” Faulkner said of his axing in comments published by Cricket Australia’s website (cricket.com.au) on Tuesday.

”I think if you ask any player when you get left out, it’s not great fun. So you have to rely on your friends and family and your team mates as well.

”I didn’t get too much feedback (from selectors), to be honest.

”They said the pace has dropped down a little bit, maybe.

“But I bowl a lot of variations, so it’s a tough one.”

From being surplus to requirements for Australia’s winless Champions Trophy campaign in England, Faulkner is suddenly indispensable in India following injuries to pacemen Mitchell Starc, Josh Hazlewood and James Pattinson.

Faulkner used his time off wisely, putting in a ‘pre-season’ to nurse a troublesome knee back to health.

“I have been battling, to be honest, for probably the last 18 months, so it’s been nice to be home in Tassie (Tasmania) with my team mates there and hit the gym hard,” he said.

“My training definitely changed. I’ve spent a lot of time on the bike, I haven’t spent any time running other than fielding and net sessions when I‘m bowling.”

Faulkner is no stranger to conditions on the subcontinent, having played for four different teams in the Indian Premier League and in the 2013 limited overs tour of India when he announced himself with 230 runs and seven wickets.

“At the end of the day it is up to you to bounce back and I am excited to be back in the group,” said the Tasmanian.

“I want to do as well as I can and play my part in these conditions, which are obviously different from back in Australia.”

Australia meet a Board President’s XI in a warm-up match later on Tuesday ahead of the first ODI in Chennai on Sunday.

MUMBAI, Dec 23:  Thousands of Indians have been protesting against a new citizenship law as well as possible plans for a... Read More...

Vaccination to businesspersons demanded
9 hours ago