Once hailed by Nehru for its beauty, ‘India’s Switzerland’ lacks access to power, water, healthcare 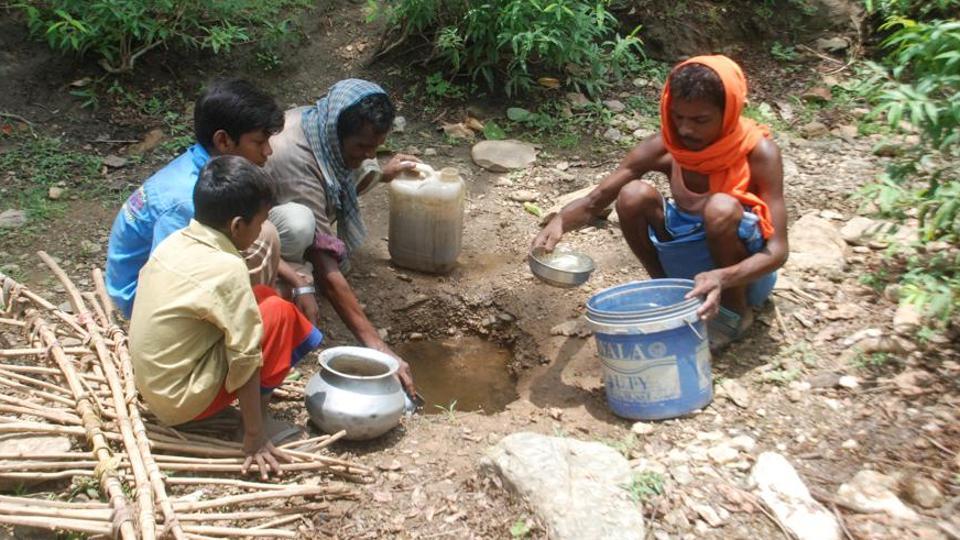 The village of Baijnath in Uttar Pradesh’s Sonbhadra district is perched in the lap of nature, overlooked by hills covered with verdant trees.

Forests and hills cover 75% of the area of the district, which has a population of 1.9 million people. Several indigenous tree species such the Neem, Mahua, Indigo and Tendu grow in the forests The tendu leaves are rolled into beedis, the poor man’s smoke. The bamboo that grows in the hills is turned into lathis (staves).

Country’s first Prime Minister Jawaharlal Nehru was so taken up by the natural beauty of the region that he once described Sonbhadra as the “Switzerland of India.”

Yet, almost 71 years after independence, Baijnath, a village of 1,500 people, has been left behind in the race for progress by less naturally endowed villages, and has only its picture postcard looks to boast of. It is unconnected by roads, has no means of transport, no access to electricity or potable water. It has no intermediate college, no hospital.

In days when even a 12-year-old in an Indian city would be carrying a smartphone and riding to school on a moped, in this village, even pregnant women have to be carried to the nearest hospital on cots.

Reason: No ambulance can reach the village to carry expecting mothers and the sick to the nearest government hospital. The zigzag roads passing through the hills and forests are so bad that it is impossible for a car or an ambulance to ply.

Motorcycles, cots or tractor-trolleys are the only means of transport for local residents to rush the sick to hospital in case of a medical emergency. The nearest government hospital is in Mau Kala, about 20 kilometres from Baijnath.

“In case of labour pain, pregnant women are rushed to the hospital on cots because they cannot ride pillion,” said Ramavati Chero, a villager.

As the road leading to the village is broken, locals have to walk along a two-kilometre muddy path to reach the connecting route to Silthamganj, about 30 km off Baijnath.

And Baijnath is not a one-off case. A number of villages in various pockets of Sonbhadra, the eastern gateway to Uttar Pradesh, are endowed with natural beauty and historical sites, but have little by way of modern amenities.

Rajesh Kumar, the village head of Baijnath, says it is not possible for ambulances to reach at least five adjoining villages. In the absence of medical facilities, many locals even take the sick to the local exorcist for a cure.

Sitting on a cot in her house in Baijnath, Sukhwanti Chero, a middle-aged woman, is in acute pain. She has a fractured leg and there is little hope of any medical help coming her way.

The district coordinator of the ambulance service, Ashish Kumar, claims that the administration has at least 38 ambulances, but he accepts that the vehicles cannot reach the villages in hilly pockets where roads are very bad.

Ironically, for a region that’s home to several electricity generation plants, Sonbhadra is short of power and many villagers still have to depend on kerosene lamps to light their homes.

A senior official in the electricity department said that as many as 108,002 households hadn’t been electrified in Sonbhadra until recently. Some 8,618 of them have now been electrified under the Gram Swaraj Abhiyan initiative and the remaining would be by August 15, 2018, the official said on condition of anonymity.

Sonbhadra district magistrate Amit Kumar Singh said: “Electrification work is underway in 435 villages under GSA (Gram Swaraj Abhiyan)-II. Households are being given electricity connections. All these villages will be completely electrified in next two months.”

“Laying electricity line is not possible in a large number of remote villages located in tough terrain. Such places are being electrified through solar power. Solar energy systems, which can operate at least a fan and up to 3-4 bulbs, are being installed at houses,” the district magistrate added.

Then there’s water, a luxury in this part of the country.

Ganesh Ghasia, 35, of Son Nagar village, has to walk one kilometre daily to a ‘chiwad’ to get water from the foothill of a dried-up waterway. Chiwads are small pits dug in the foothill of waterways by locals in search of water during the summers.

“We have to struggle for water throughout the year. Situation turned very serious during the summers as waterways dry up and underground water in the foothills of the river also evaporates because of the scorching sun,” said Ghasia.

He wishes the government would install at least one or two hand pumps in Son Nagar.

Easier said than done. For installing a hand pump, the district administration needs permission from the forest department under which the area falls.

Residents say that once Jal Nigam (water board) officials tried to install a hand pump in Son Nagar but were denied permission by the forest department.

Range forest officer Vijendra Kumar Srivastava said, “According to the provisions of the Forest Conservation Act, 1980, it is mandatory to seek prior permission from the Government of India for any activity in reserve forest area.”

“The residents of Son Nagar have encroached upon the reserve forest land. Permission for hand pump or any other activity cannot be given here. Preserving forests is the foremost duty of the department,” Srivastava added.

Thankfully, tribal men and women are blessed with a natural instinct to identify spots with underground water in dried-up waterways. They dig up pits 2-3 feet deep from which water oozes out. A ‘chiwad’ fulfils the water requirement of four families and their cattle.

“The hills have many facets and keep changing colour. During summers, hills spit fire, and turn cold during winters. During rainy season, bedecked with green leaves and flowers, trees, herbs and shrubs give a completely new look to the hills. We experience the change and try to acclimatise with the conditions,” Ghasia said.