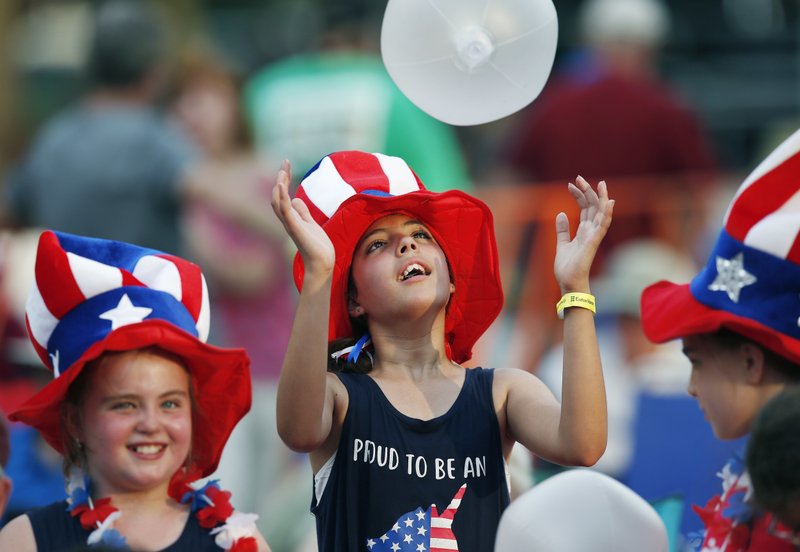 NEW YORK, July 4: Americans are marking Independence Day with parades, fireworks and, for some, a renewed sense of pride in their 242-year-old nation. For others, a sense of a United States divided weighs heavy on its quintessential holiday.

From New York to New Mexico, July Fourth events will celebrate what Americans have in common. Festivities are as elaborate as Macy’s July Fourth fireworks show, as gulp-worthy as Nathan’s Famous hot dog eating contest and as easygoing as backyard barbecues. But in a country roiled with debate over what it means to be an American, there are even competing televised Independence Day events in the nation’s capital.The country’s longest-running live national July Fourth TV tradition — PBS’ broadcast of music and fireworks from the U.S. Capitol’s West Lawn — is facing new counterprogramming from the White House, which is hosting its own concert and view of the National Park Service’s fireworks show. Both shows feature different “American Idol” alums.

First lady Melania Trump said in a statement that the White House show would allow Americans to “tune in from their homes and be part of the festivities.” PBS declined to comment.

In New York, the Macy’s fireworks show over the East River promises 25 minutes of sparkle and “ahhhh,” plus the West Point Band and entertainers including Kelly Clarkson, Ricky Martin and Keith Urban on NBC’s broadcast. Earlier, competitive-eating titans will face off at Nathan’s Famous July Fourth hot dog eating contest on Coney Island, televised by ESPN.

Meanwhile, some communities in the American West have canceled their planned July Fourth fireworks because of high wildfire danger, and some others are doing drone light displays instead of pyrotechnics. But fireworks shows will go ahead in such places as Denver and Colorado Springs.

In another July Fourth tradition, new U.S. citizens will be sworn in at locales around the country.

They’ll pledge allegiance to a country where some people lament that the ability to debate respectfully the toughest issues of the day seems hopelessly lost. For Brad Messier, a chef in Portland, Maine, the holiday “seems to illustrate the glaring divides that we have.”

“How much does going and seeing fireworks really bring people together?” he asks.

But in rural Shelby County, Alabama, retired truck driver Floyd Champion views these as the best of times in America.

“I love the holiday because it’s our independence,” he said.

POKHARA, July 7: The Gandaki provincial government has said that it would start preparation for maintaining database of foreign tourists visiting... Read More...

PHOTOS: TIA on the first day of resumption of domestic flights after six months
8 hours ago

NAC to fly to 10 domestic destinations
10 hours ago

VIDEO: TIA abuzz with passengers after six months  as domestic flights resume on Monday
1 hour ago