Omicron variant not a matter of serious concern: Health ministry 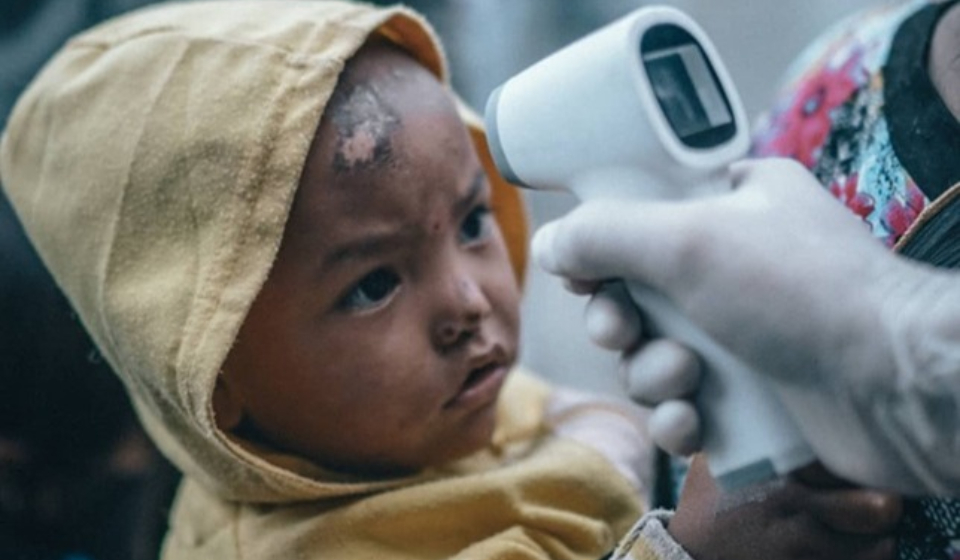 The virus has since mutated several times and has been inciting fear around the world. The new (Omicron) variant of COVID-19 was detected in Botswana and South Africa in November before making its way to Asia. Nepal recorded its first case of Omicron on November 19. The virus was detected in a 66-year-old foreigner and a 77-year-old man, who came into contact with him, while the third case of the variant was recorded on December 22.

Meanwhile, Joint-Spokesperson of the Ministry of Health Population (MoHP), Dr Samir Kumar Adhikari has urged the public not to fear the new variants of the coronavirus including the Omicron variant, and to follow the safety protocols as a duty of every citizen to help prevent the virus from spreading further.

Earlier, Minister for Health and Population Birodh Khatiwada had mentioned the importance of booster dose to increase the effectiveness of previous shots against COVID-19 and its mutating variants. It was also announced that the government would provide booster shots to citizens above the age of 60, who have received two doses of the Chinese manufactured Vero Cell vaccine. The World Health Organization (WHO) has also recommended senior citizens, people with chronic illnesses, and those with heart and kidney diseases for the booster dose.

Similarly, Dr Sher Bahadur Pun, a virologist at Sukraraj Tropical and Infectious Diseases Hospital informed Republica that the Omicron variant is less virulent than the Delta variant. “Observation results from the spread of the Omicron variant in Europe show that the majority of the patients showed mild symptoms and were less likely to get admitted to the hospital. However, the Omicron variant still can spread like the other variants. Despite testing positive for Omicron, a person is only affected with mild symptoms and is unlikely to face hospitalization or death,” Dr Pun informed Republica.

He further opined that the government should start preparing booster doses for people above the age of 60 and with heart and kidney problems. Dr Pun said that he had encountered people above the age of 60 facing difficulties due to COVID-19 even after receiving both shots of the vaccine. “Several patients have died of COVID-19 related problems even after receiving both doses of the vaccine. They had received their second dose six-seven months before having problems in their health,” Dr Pun said.

He maintained that ‘the time has come’ to administer booster doses to people above the age of sixty and with heart and kidney problems. “However, the government should also prioritize vaccinating the entire country first because the Delta variant remains the reason behind deaths at present and unvaccinated people are still prone to the coronavirus,” Dr Pun opined.

Meanwhile, The Department of Immigration (DoI) has prohibited the entry of foreigners and Nepali citizens from nine countries including South Africa, Botswana, Zimbabwe, Namibia, Eswatini, Lesotho, Mozambique, Malawi, and Hong Kong, citing the risk of the Omicron variant. The DoI has also published a notice prohibiting the entry of people from 66 countries which was postponed the very next day. The decision was withdrawn and postponed till further notice to reduce the economic and transport issues as well as to do a thorough study before coming to any final conclusions, according to the Director of the Department of Immigration, Jhanka Nath Dhakal.

“The security and health checkup in the border areas have been heightened to stop the breach. As per the mandate set by the government, foreigners and Nepali citizens returning from the nine prohibited countries will not be allowed to enter the country,” Dhakal said. “The border has remained open as many Nepali people living near the border areas commute to neighboring India for employment as well as trade. Security will be tightened further as the rate of infections starts to increase or when seen necessary,” he added.

KATHMANDU, March 31: The Ministry of Health and Population (MoHP) has urged chief district officers (CDOs) across the country to... Read More...

KATHMANDU, May 25: The COVID-19 infection toll in Nepal has reached 682 as six new patients tested positive for the... Read More...

Nepse inches up 4.97 points, while daily turnover amount dips to Rs 1.76 billion on Wednesday
43 minutes ago