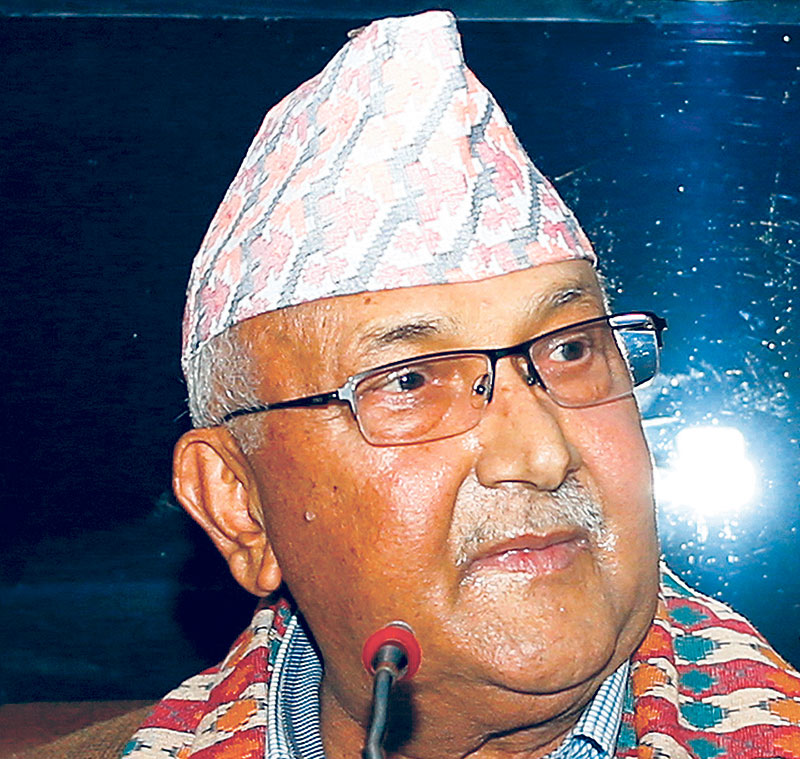 KATHMANDU, April 24: Prime Minister K P Sharma Oli has said that he had spoken to both his Indian and Pakistani counterparts to resume the stalled SAARC process by sorting out their differences.

Unveiling a book titled 'Effectiveness of SAARC and Regional Conference' at a function organised by the Federal Parliament Secretariat here yesterday, Prime Minister Oli said that building friendly relations based on mutual understanding, cooperation and collaboration among SAARC member states were essential for maintaining peace and prosperity in the region.

The 19th South Asian Association for Regional Cooperation (SAARC) Summit was to be held in Islamabad in 2016 but after a major terror attack on an Indian Army camp in Uri in Jammu and Kashmir on September 18 that year, India expressed its inability to participate in the summit due to "prevailing circumstances" and stepped up diplomatic pressure on Pakistan.

The summit was called off after Bangladesh, Bhutan and Afghanistan also declined to participate. There has been no progress since then.

"Nepal is the current chair of SAARC. There is a misunderstanding among some members. However, it is necessary to create cordial environment among them," Oli said, stressing the need for sorting out the differences between SAARC neighbours.

Speaker of the House of Representatives Krishna Bahadur Mahara, while expressing concern over the delay in convening the biennial summit, urged all the member states to take the SAARC process forward actively and effectively.

SAARC Summits are usually held biennially, hosted by a member state in alphabetical order. The member state hosting the summit assumes the Chair of the Association.

The last SAARC Summit in 2014 was held in Kathmandu.