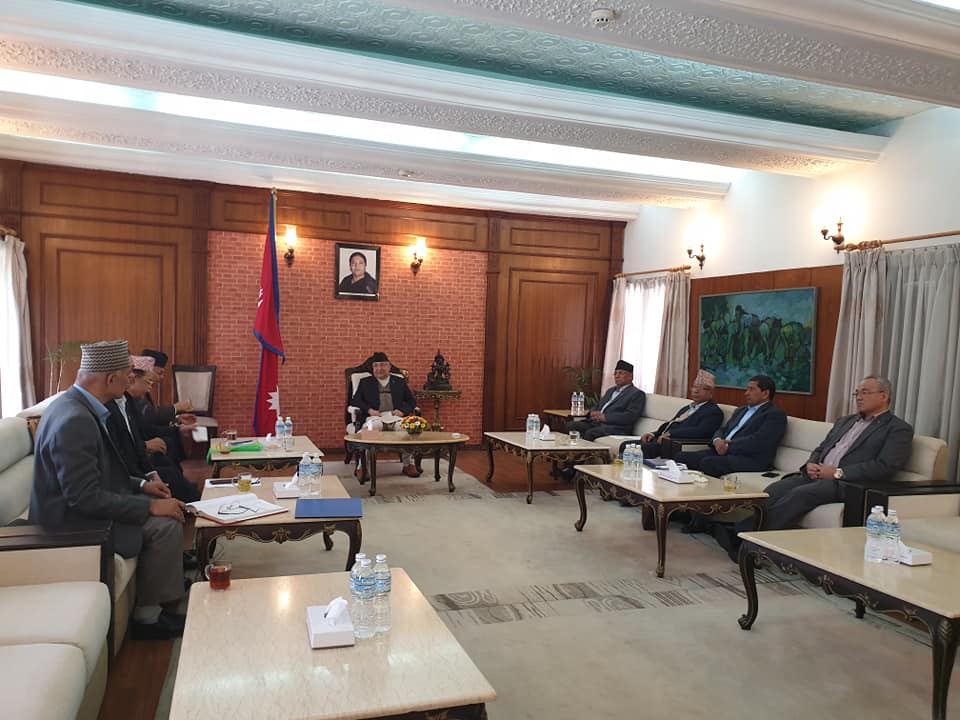 KATHMANDU, Nov 21: Prime Minister KP Sharma Oli on Wednesday further strengthened his prospects of becoming the first democratically elected head of government to serve out a full term in office after Pushpa Kamal Dahal, with whom he jointly chairs the ruling Nepal Communist Party (NCP), agreed to give up any claim to premiership and settle for executive head of the party.

PM Oli, according to a new accord brokered through extensive discussions via intermediaries, would lead the government until the expiry of the current parliament in 2023, while Dahal would have a more decisive role and responsibilities in the party. Dahal's augmented responsibilities, however, do not come without any caveats.

Oli will continue to remain the party's titular head as No 1 in seniority ranking, and will jointly chair party meetings with Dahal.

The understanding, which, according to Dahal's aides, was reached before the Maoists and the then UML merged to form the NPC . Under it , Oli and Dahal would take turns at the helm of government and of the party for two and half year each. Oli and his aides have publicly refuted the existence of any such understanding.

Wednesday's accord comes as a consolation for Dahal who has been unhappy with Oli's upper hand in both government and party.

“This would give out a message of political stability,” NPC spokesperson Narayankaji Shrestha said after a meeting of the party's secretariat . Before reaching an understanding, Oli and Dahal had jointly met President Bidya Devi Bhandari and briefed her on developments. President Bhandari, who enjoys the confidence of Oli as well as Dahal, has long been instrumental in mediating intermittent disputes between the two .

Former Maoists and some erstwhile UML old guard including former prime minister Madhav Kumar Nepal and senior leader Bam Dev Gautam had been asking Oli to give up either party leadership or premiership in line with a long standing tradition of 'one person one post'.

While some have described the deal as a win-win for both and a great development for the party, many Maoist leaders see it as a face-saver for Dahal. Whether it will have any impact on the party's power dynamics depends on how it checks Oli's 'immense clout' in the party, they said.

“The good thing is he (Dahal) now has concrete responsibilities. But the caveats mean there is still a danger Oli will continue to dominate the party,” said a party leader close to Dahal, adding, the new arrangement will or will not last depending on whether Oli distances himself more from party activities.

Pampha Bhusal, a standing committee member, described the agreement as a positive step that would create harmony and synergy in the party.

“It is a positive development that the two chairmen have decided to respectively run the government and the party. Since the party statute has clearly assigned roles and responsibilities, I don't think there would be any problem,” she said.

Oli's aides described it as a good bargain that would help Oli run the government in a more decisive fashion.

“It was apparent right from the beginning that he would serve out the full term. But media reports of distrust between the two leaders were creating a lot of confusion in public. This formally puts an end to such rumors ,” said an Oli aide.

Political analysts see the deal as beneficial for both leaders.

Krishna Pokharel, a political analyst, described the written understanding as 'management of distrust' lingering between two leaders due to lack of clarity over the so-called gentlemen's understanding.

“Oli has rescued himself from moral pressure and strengthened his chances of a full term as prime minister. Dahal, on the other hand, now has some concrete responsibilities to cherish. This has ended long standing uncertainty and opened the way for a new dynamic in the party,” he said .

Pokharel further said that the understanding leaves enough space to check the powers of both Dahal and Oli, as there is a third faction led by Madhav Kumar Nepal at play.

“We could expect a practice of collective leadership from now onward.”