Oli is preparing to impose a state of emergency if Supreme Court overturns govt's decision to dissolve House: Gurung 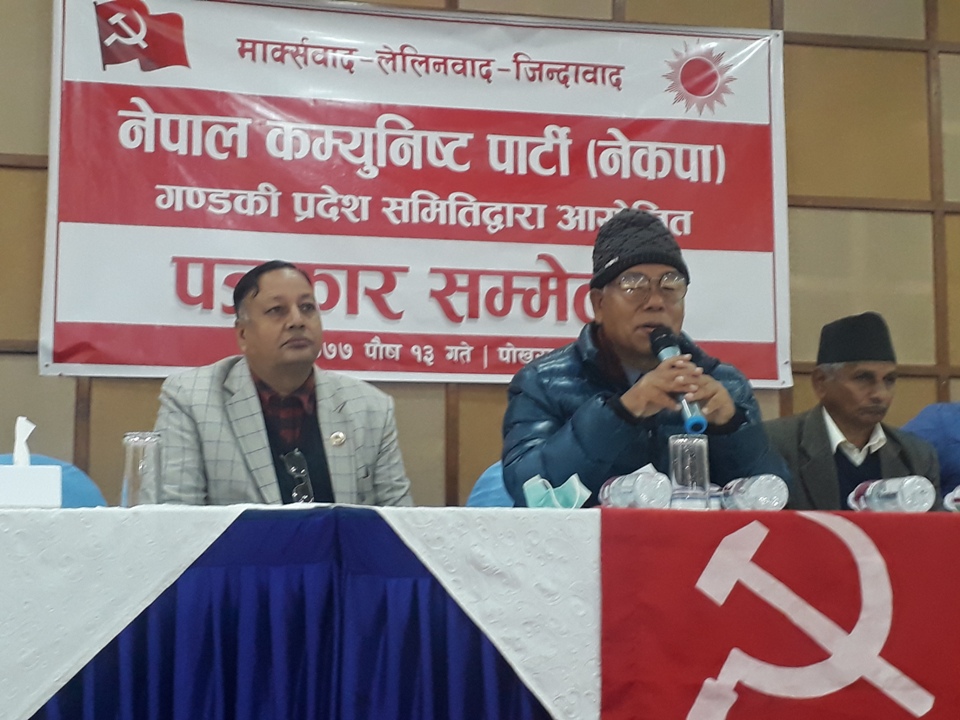 POKHARA, Dec 28: Leader of the rival Dahal-Nepal faction of the ruling Nepal Communist Party (NCP), Dev Gurung, on Monday claimed that the government is making preparations to impose a state of emergency in the country if the Supreme Court does not issue a verdict in favor of the government after hearings on the writ petitions filed against the dissolution of the House of Representatives (HoR).

Speaking at a press conference in Pokhara, Gurung accused Prime Minister KP Sharma Oli of pushing the country back to regression by dissolving the HoR or the lower house of parliament.

He said Oli will impose totalitarianism in the country if he fails to “capture” the Supreme Court.

"The prime minister is making preparations to impose a state of emergency if the apex court overturns his government's decision to dissolve parliament. There will be an unprecedented situation, where the country will be ruled by the president and constitution will be made dysfunctional," Gurung claimed.

Leader Gurung also said that the prime minister's recent moves are like those taken by King Mahendra back in the 1960s and former King Gyanendra in 2005.

"Prime Minister Oli's latest move is a form of monopoly, fascism and autocracy. It has done nothing other than taking the country toward another political disaster and foreign forces are trying to turn Nepal into a battleground by taking this as a good opportunity," Gurung said.

Leader Gurung said that external forces are planning to encircle China and split its Tibetan Autonomous Region adding that Nepal could be misused for the same. "Prime Minister Oli's recent political move has prepared a fertile ground for external forces to play against China from Nepal. In fact, Oli is acting at the behest of foreign forces so all the nationalist Nepalis should remain united against him," he said.

He also claimed that there could be a foreign military invasion in the absence of parliament. "Had there been parliament, there would be no possibility of foreign military invasion in Nepal. Now the door is open to foreigners to bring their militaries here and turn the country into their battleground," he argued. Leader Gurung said that foreign forces were behind NCP's split.

During the press meet, Devendra Poudel, another leader of the rival faction of NCP, said that parliament should be reinstated to save the country. "Prime Minister Oli dissolved parliament and played a role in splitting the party for his own vested interests and promoting policy corruption," Poudel said. Leader Poudel expressed hope that the apex court will reinstate parliament.

Dahal asks Oli: How can we smile at a time when you have killed the constitution?