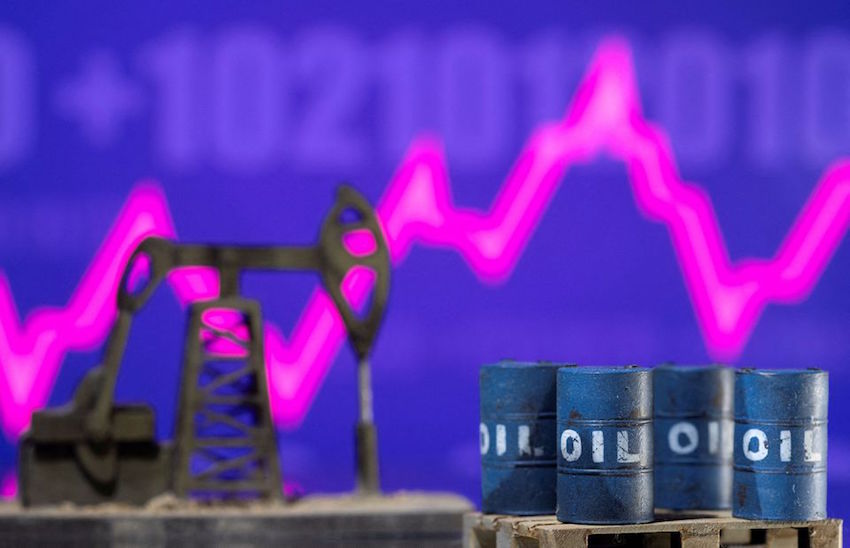 LONDON, March 6: Oil prices are set to surge further this week due to delays to the conclusion of Iranian nuclear talks and the potential return of Iranian crude to global markets, which are already suffering from Russian supply disruptions, analysts said.

Russia has raised fresh demand for written U.S. guarantees that sanctions on Moscow over its invasion of Ukraine would not harm Russian cooperation with Iran. China has also raised new demands, according to sources. read more

"Iran was the only real bearish factor hanging over the market but if now the Iranian deal gets delayed, we could get to tank bottoms a lot quicker especially if Russian barrels remain off the market for long," said Amrita Sen, co-founder of Energy Aspects think-tank.

Analysts from JP Morgan said this week oil could soar to $185 per barrel this year.

Russia exports around 7 million bpd of oil and refined products or 7% of global supply. Some volumes of Kazakhstan's oil exports from Russian ports have also faced complications.

Iran will take several months to restore oil flows even if it reaches a nuclear deal, analysts said. read more

Eurasia Group said fresh Russian demands could disrupt nuclear talks although it still kept the odds of a deal at 70%.

"Russia may intend to use Iran as a route to bypass Western sanctions. A written guarantee allowing Russia to do so is probably well beyond the realm of what Washington can offer in the midst of a full-scale war in Ukraine," said Eurasia's Henry Rome.

Chances of rain with thunder today
10 minutes ago

250 to 350 garbage trucks will reach Banchare Danda daily from today if no obstacles: Mayor Balen Shah
55 minutes ago

Maoist Center will lead the country again: Chairman Dahal
1 hour ago
NC to register party at EC for elections
2 hours ago