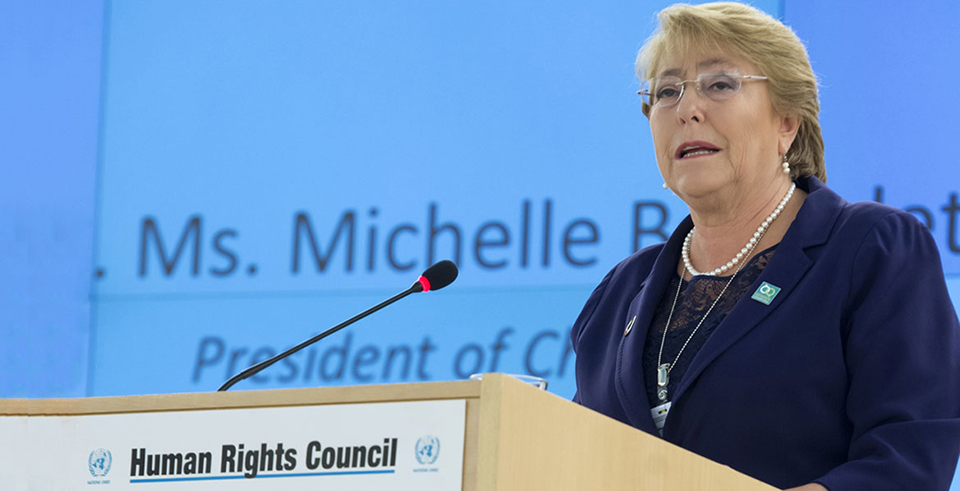 GENEVA, June 24: U.N. human rights chief Michelle Bachelet said on Monday that 55,000 captured Islamic State fighters, including foreigners, and their families detained in Syria and Iraq should face fair trials or be freed.

States “must assume responsibility for their nationals” and should not inflict statelessness on fighters’ children who have already suffered so much, Bachelet also told the U.N. Human Rights Council as it opened a three-week session in Geneva.

The 55,000 include suspected foreign fighters from nearly 50 countries and 11,000 family members held at the al-Hol camp in northeastern Syria “in deeply sub-standard conditions”, she said.

“Accountability through fair trials protects societies from future radicalisation and violence,” Bachelet said. “And the continuing detention of individuals not suspected of crimes, in the absence of (a) lawful basis and regular independent judicial review, is not acceptable,” Bachelet said.

Authorities in northeast Syria have been urging Western countries to take back citizens who joined Islamic State and their relatives after the U.S.-backed Syrian Democratic Forces (SDF) captured the group’s last enclave this year.

“Foreign family members should be repatriated unless they are to be prosecuted for crimes in accordance with international standards. Children, in particular, have suffered grievous violations of their rights - including those who may have been indoctrinated or recruited by ISIL to perpetrate violent acts,” Bachelet said.

Few countries have seemed willing to take back their citizens, who may be hard to prosecute, and the issue has led to fierce debate in their home countries where there is little public sympathy for the families of jihadists.

The United States, France and the Netherlands have each repatriated a small number of women or children from northeast Syria, but many others remain there.

Some children born during the conflict have been left stateless.

“To inflict statelessness on children who have already suffered so much is an act of irresponsible cruelty’,” Bachelet said.

“I urge all states to assume responsibility for their nationals, and to work together to provide resources to help the relevant authorities and actors in Syria and Iraq to address urgent humanitarian needs,” she said.