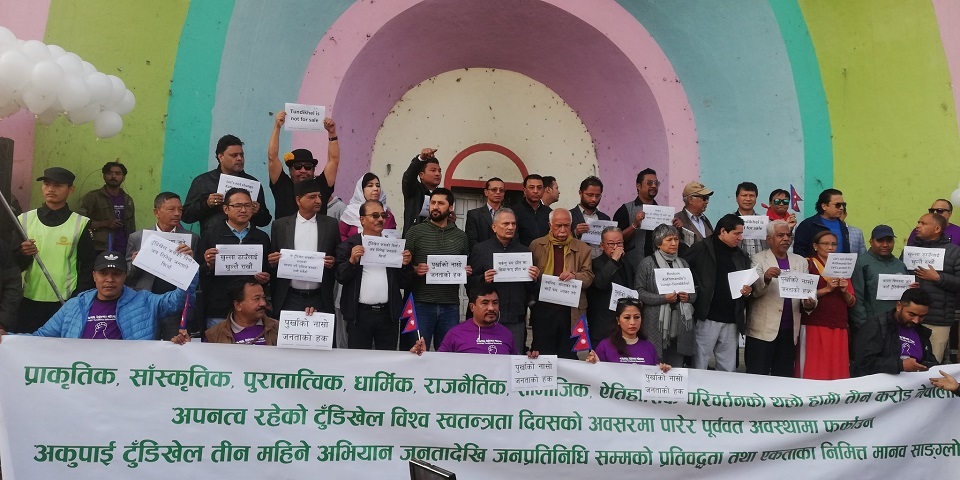 KATHMANDU, Nov 9: Expressing concern over shrinking public space due to growing encroachment of public lands in Kathmandu, thousands of people in Kathmandu launched a demonstration at Khulla Manch at the heart of the capital to join the 'Occupy Tundikhel' campaign which started on Saturday. 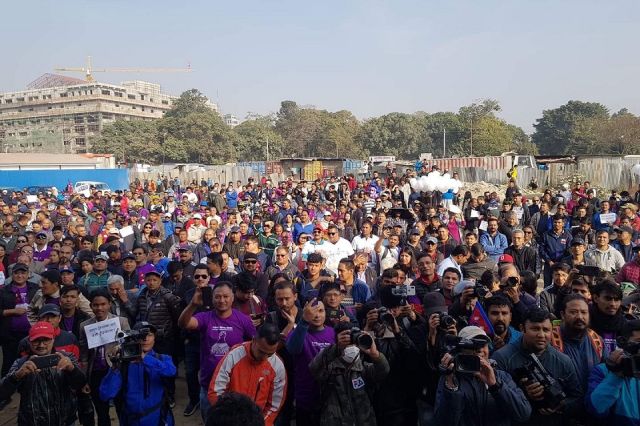 The participants formed a human-chain from all sides of Khulla Manch to draw the attention of the government regarding the encroachment of public lands including the Khula Manch in Kathmandu Valley. 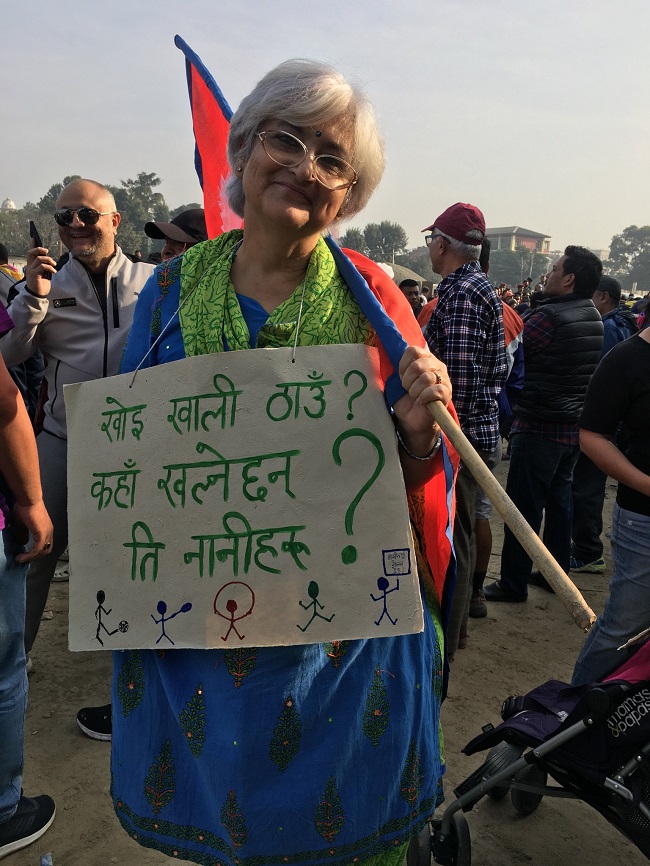 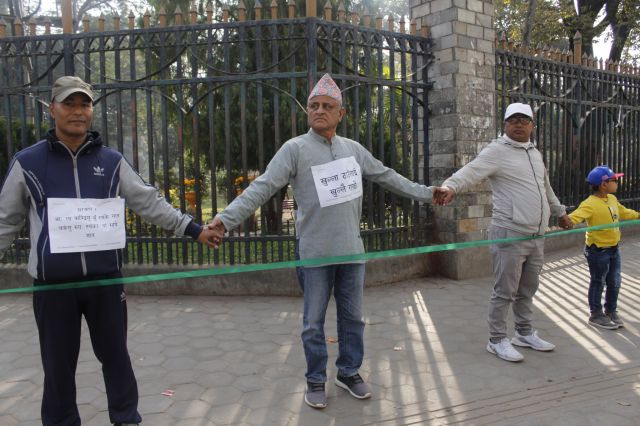 Campaigners informed that such program will be held every Saturday for three consecutive months.

In the past, open and public spaces were available in Kathmandu all the way from Rani Pokhari to the Dasharath Stadium. But as a result of sheer negligence by the authorities concerned, Tudikhel has lost its space with major portion occupied by the Nepal Army. Only half of the original space is still termed as 'Tundikhel' and other portions are used for various other purposes. 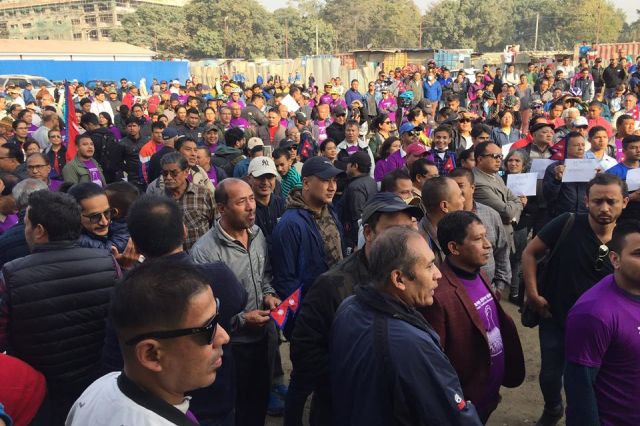 While half of the Khulla Manch area (also a part of Tundikhel in the past) has been blacktopped and being used as a bus park since the past few years, the remaining area is occupied by construction materials meant for the construction of Darahara and Durbar High School.

We are supporting schools through test ride campaign

Nepal should act as the peacemaker
5 hours ago

Sajha Yatayat to resume service in Kathmandu Valley
2 hours ago

Rautes in deep crisis amid prolonged lockdown
3 hours ago