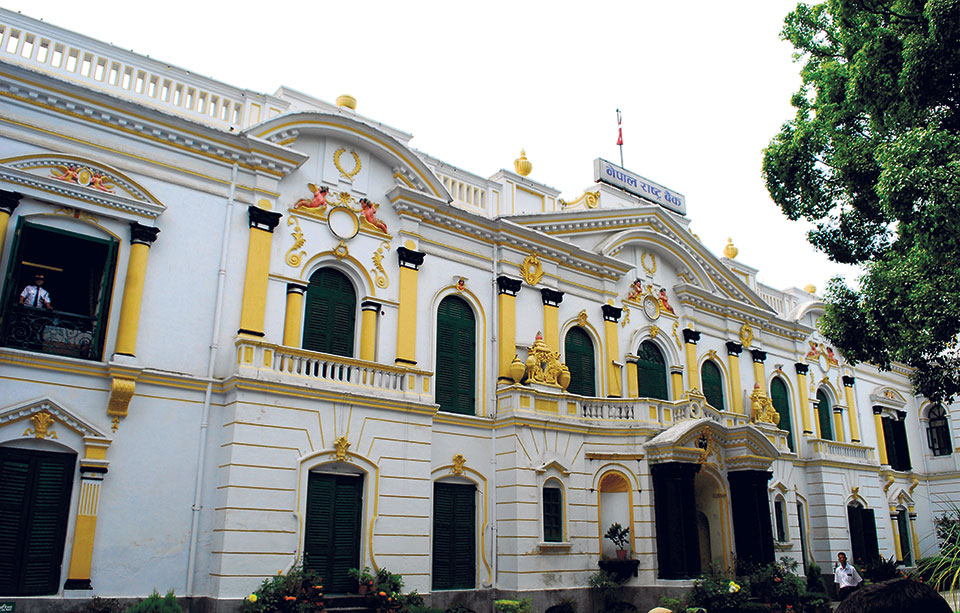 KATHMANDU, July 17: Nepal Rastra Bank (NRB) is offloading its shares in Nepal Stock Exchange Ltd (Nepse). Issuing a notice on Tuesday, the central bank said that it was divesting its stake in the country’s only stock exchange company.

The NRB’s 1.73 million units of shares at Nepse are now up for sale through auction.

Though the central bank has long been planning to offload its stake from the Nepse, it was getting delayed as it was looking for the right modality for the divestment.

Now, the NRB has decided to auction its share with a face value of Rs 100 by adding premium. The central bank has fixed Rs 1,032 as the minimum bidding price for its per unit share of Nepse.

However, only bank and financial institutions, securities businessperson (stock broker, dealer, and market maker) or listed companies will be eligible to participate in the bidding, according to the NRB’s notice.

The bidding for the NRB’s shares in Nepse will remain opened until August 19.

The central bank holds 34.6% stake in the country’s only bourse while the government is the majority stakeholder in the stock exchange company with an ownership of 58.66%. Nepal Industrial Development Corporation (6.12%) and brokerage firms (0.62%) are the other shareholders of Nepse.

A study team formed under S R Panday five years ago to provide suggestions on the restructuring of Nepse also advised the government to privatize Nepse to bring efficiency into the market.

Stock market investors have been also urging the government to privatize the stock exchange company.

Meanwhile, the Securities Board of Nepal (Sebon) has announced that it will take the process of adding another private stock exchange company in the market. Releasing the policy and program for the upcoming fiscal year – FY2019/20, Sebon Chairman Rewat Bahadur Karki said that the process of issuing license to another stock exchange company and strengthening Nepse will move forward.

KATHMANDU, May 12: Nepal has received remittance amounting to over Rs 724 billion in the nine months of the current... Read More...

KATHMANDU, Feb 9: The Nepal Rastra Bank (NRB) has urged one and all to remain cautious on the issue of... Read More...