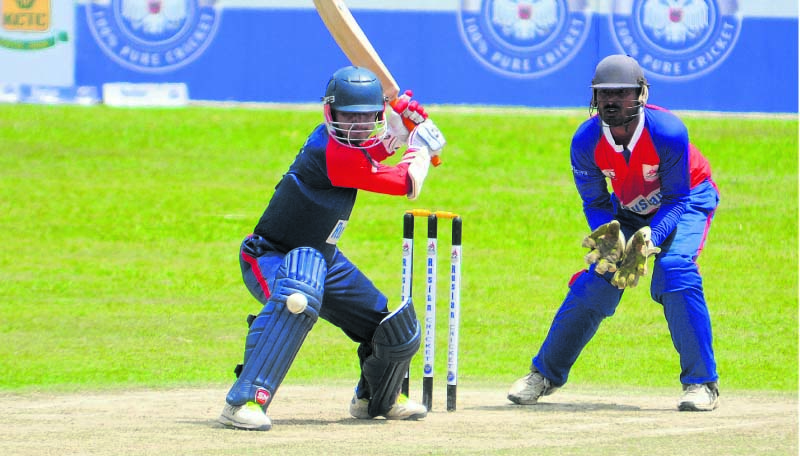 With second victory, NPC has now accumulated four points to stay at the top of group B and also has made its chance strong to book a place in the last four.

In the same group another departmental team Tribhuvan Army Club is in the second place with two points from one match while winless Eastern and Far-western are in the third and fourth places respectively.

In the match played at TU Cricket Ground, NPC chose to field inviting Eastern Region to bat after winning the toss. Eastern Region was bowled out for 104 runs in 37.1 overs while winning side NPC met the target losing out just one wicket in 17.1 overs.

Eastern Region couldn't make solid start to the inning as its openers Bidhan Goswami and Amal Das could built up a partnership of only 24 runs for the first wicket. Bidhan made seven runs off 11 balls while Amal contributed 13 runs facing 27 balls.

Veteran Mahaboob Alam struck the highest 40 runs smashing three sixes and two boundaries facing 47 balls while none other batsmen touched double digit for the Eastern Region which was full of young faces.

Siddhant was supported by Lalit Bhandari and Sushil Kandel who took two wickets each while skipper Manjit Shrestha added another one.

Chasing the low target, NPC made positive start to the innings as its openers Sunil Dhamala and Amit Shrestha built up a 45-run partnership. Sunil stroked 52 runs with the help of three sixes and three boundaries facing 49 balls remaining not out. However, Amit who had made 75 runs against Far-western on Wednesday couldn't display the same performance as he contributed just seven runs off 21 balls. Dilip Nath who came to bat at third number for NPC contributed 36 runs smashing six boundaries off 33 balls and remained not out.

Eastern Region and Far-western will compete in another group B match on Friday.

KATHMANDU, Oct 17: Nepal has faced a 5-0 defeat against Kyrgyzstan in the ongoing AFC Futsal Championship 2018 Qualifiers on Monday. Read More...