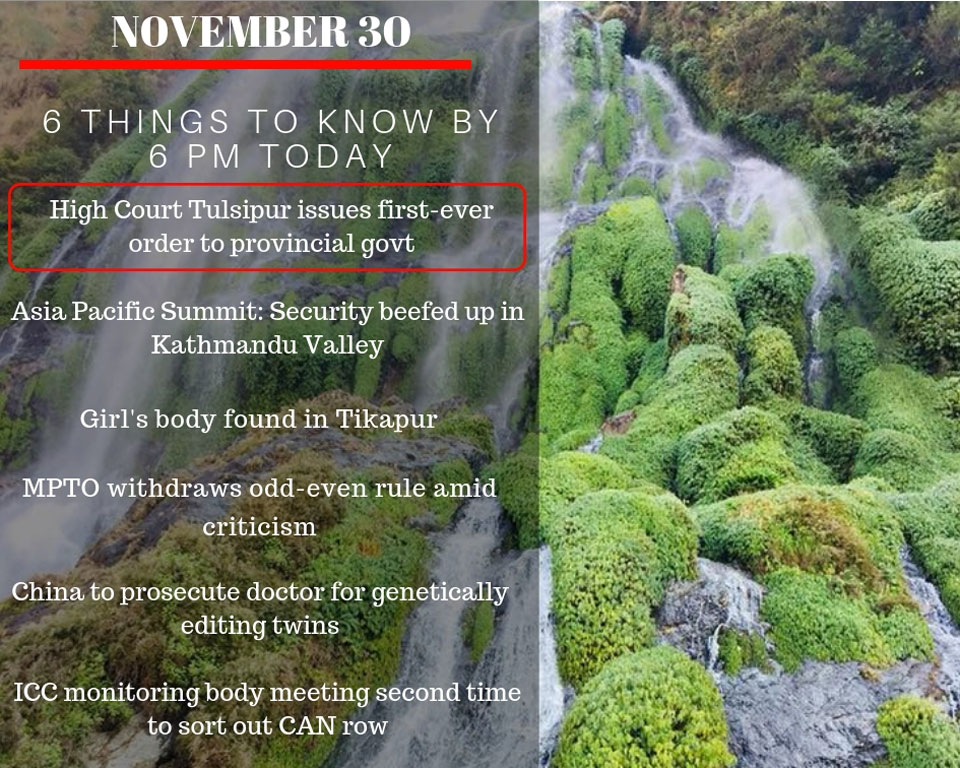 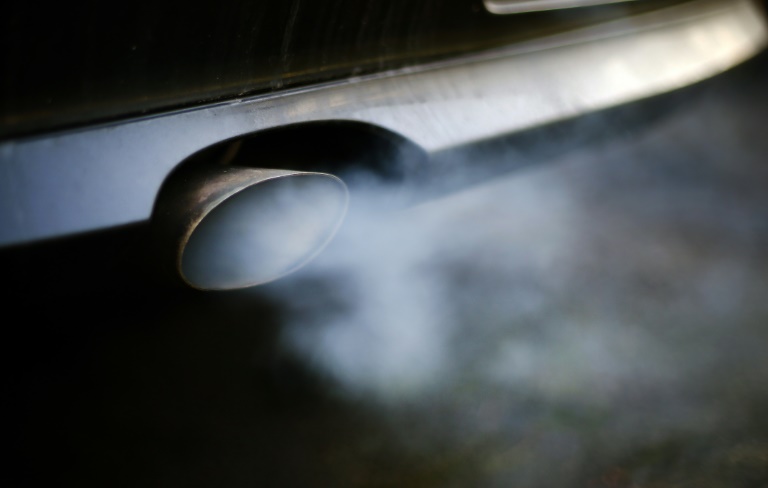 The High Court Tulsipur, Nepalgunj has issued first of its kind order to the provincial government: ban the renewal of public vehicles that are older than 20 years and ensure development projects are environmentally friendly. The order was issued in the name of Office of the Chief Minister and Council of Ministers, Province 5; the Ministry of Industry, Tourism, Forest and Environment and the Traffic Police, Banke, all of which were presented as defendants in the writ filed by three advocates including Bishwajeet Tiwari.

The government has beefed up security in Kathmandu valley in light of the Asia Pacific Summit- 2018. More than 1500 VVIP and VIP guests from 45 countries, including heads of states are arriving in Kathmandu to participate in the summit. MoHA has increased the presence of security personnel by assessing security threats and sticking to existing security plan. More focus has been laid on the security affairs of residential areas chosen for international delegates, the programme venue, and road areas. 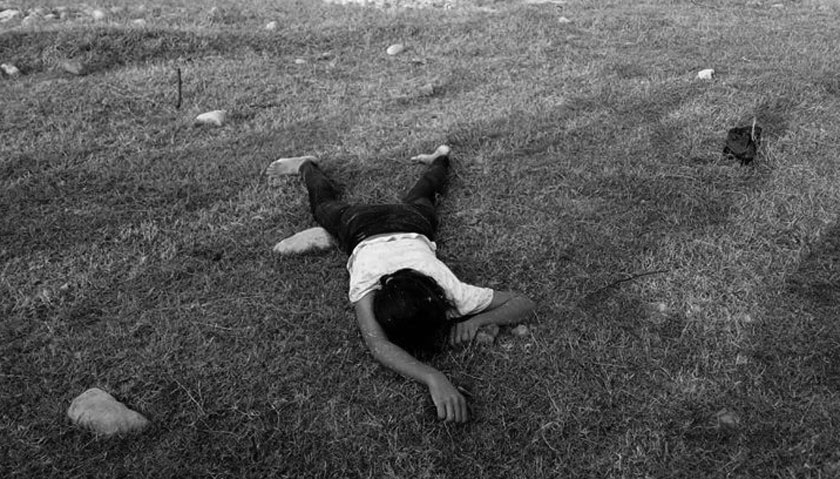 The dead body of a 16-year-old girl, Pooja Thapa was found near an under-construction rice mill at Tikapur municipality-1. Police have initiated an investigation and sent the body for post-mortem. Primary investigation shows that the deceased's jacket and shoes were found at a room. Police also retrieved a bottle of poison from the jacket.

The Metropolitan Traffic Police Office withdrew the odd-even rule from 11:30 today amid criticism. The MTPO had brought the rule yesterday to ease vehicular movement of VVIPs during the Asia Pacific Summit 2018. The MPTO had initially implemented the rule from November 29 to December 3.

China plans to take legal action against genetic scientist He Jiankui for genetically engineering female twins earlier this week, state officials said as they denounced the discovery as a violation of national laws and ethical principles. The Vice Minister for Science and Technology Xu Nanping said that the act violated China’s relevant laws and regulations and the ethical bottom line that the academic community adhered to. "It is shocking and unacceptable,” he said.

Representatives from the International Cricket Council, National Sports Council (NSC) and Cricket Association of Nepal (CAN) will meet on December 8 to resolve existing row of the latter. The first meeting held in mid-July in Kathmandu agreed to study documents regarding the district election and give authenticity to the elections completing the due processes. The same meeting urged the bodies concerned to take back the case registered in the court and dissolve the CAN ad-hoc committees. But the stand of the suspended CAN is that the case could not be pulled back from the court until a roadmap was created for the resolution of problems. However, CAN Board has already endorsed an agreement in principle to withdraw the case.

CAN gears up for election for new leadership

KATHMANDU, Sept 28: The Special General Assembly of suspended Cricket Association of Nepal (CAN) and the election process to elect new... Read More...