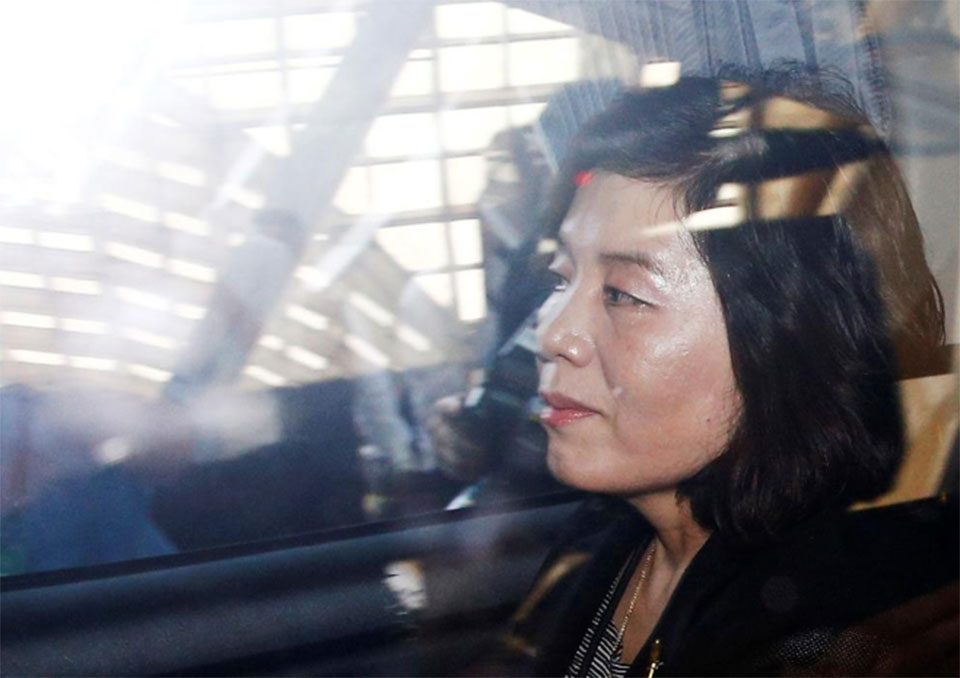 TOKYO/SEOUL, Nov 18: North Korean Vice Foreign Minister Choe Son Hui travelled to Russia on Monday, the Russian embassy in Pyongyang said, in what Japan’s Kyodo news agency reported could be a visit to discuss efforts to negotiate an agreement with the United States.

Choe has been at the forefront of negotiations the United States hopes will lead to North Korea’s dismantling of its nuclear and missile programmes, in exchange for the lifting of punishing international sanctions.

The talks have made no significant progress since a second summit between U.S. President Donald Trump and North Korean leader Kim Jong Un collapsed in Vietnam in February, even though the two leaders agreed in June to reopen them.

North Korean state media made no mention of Choe’s trip to Russia.

Russian Ambassador to North Korea Alexander Matsegora saw off Choe at Sunan International Airport for her visit to Russia on Monday, the embassy said in a post on its Facebook page. It did not mention why Choe was visiting Russia.

Kyodo, without citing sources, said Choe could be looking to discuss the U.S. negotiations on her trip to Russia. Russia has been involved in efforts to press North Korea to disarm and was for years involved in so-called six-party talks, which collapsed in 2008.

This month, North Korea said it had turned down a U.S. offer for more talks, saying it was not interested if they were aimed at “appeasing us” ahead of a year-end deadline Kim has set for the United States to show more flexibility.

GANGNEUNG, South Korea, Feb 23: The Russians finally have a gold medal at the Pyeongchang Olympics, thanks to a 15-year-old... Read More...

As U.S. and China find common ground on North Korea, is Russia the wild card?