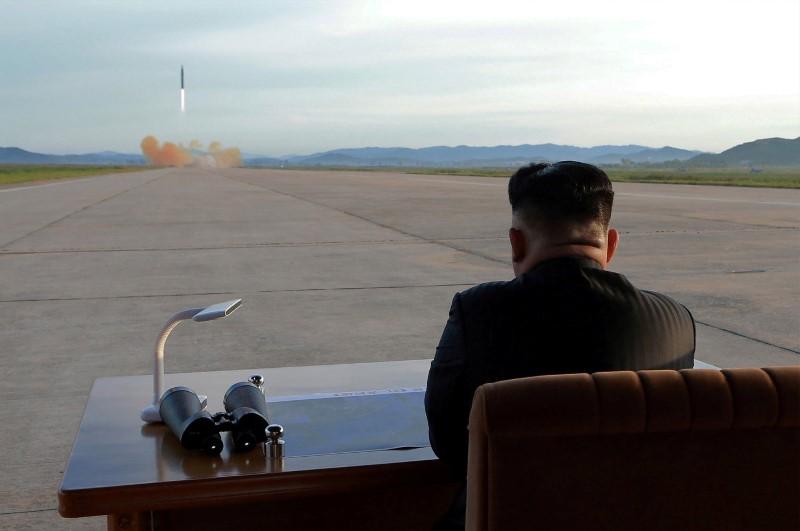 WASHINGTON, April 9: North Korea has told the United States for the first time that it is prepared to discuss the denuclearization of the Korean Peninsula when North Korean leader Kim Jong Un meets President Donald Trump, a U.S. official said on Sunday.

U.S. and North Korean officials have held secret contacts recently in which Pyongyang directly confirmed its willingness to hold the unprecedented summit, the official told Reuters, speaking on condition of anonymity.

The communications, still at a preliminary stage, have involved State Department officials talking to North Korea apparently through its United Nations mission, and intelligence officers from both sides using a separate backchannel, the official said.

Until now, the United States had relied mostly on ally South Korea’s assurance of Kim’s intentions.

South Korean envoys visited Washington last month to convey Kim’s invitation to meet. Trump, who has exchanged bellicose threats with Kim in the past year, surprised the world by quickly agreeing to meet Kim to discuss the crisis over Pyongyang’s development of nuclear weapons capable of hitting the United States.

But North Korea has not broken its public silence on the summit, which U.S. officials say is being planned for May. There was no immediate word on the possible venue for the talks, which would be the first ever between a sitting U.S. president and North Korean leader.

The U.S. official declined to say exactly when the U.S.-North Korea communications had taken place but said the two sides had held multiple direct contacts.

“The U.S. has confirmed that Kim Jong Un is willing to discuss the denuclearization of the Korean Peninsula‎,” said a second U.S. official.

South Korea’s presidential Blue House welcomed the communication between North Korea and the United States, with one official saying the development was “positive”.

“We are aware contact between North Korea and the United States is going well,” said another Blue House official on condition of anonymity.

“We don’t know, however, up to what extent information is being shared between the two.”

On Monday, former U.N. ambassador John Bolton is due to begin his role as Trump’s national security adviser, while on Thursday Senate confirmation hearings begin for Mike Pompeo, Trump’s nominee for secretary of state. Both have taken hawkish stances on North Korea.

The second South Korean official said the South’s National Security Office head, Chung Eui-yong, could speak with Bolton over the telephone as early as Tuesday.

Questions remain about how North Korea would define denuclearization, which Washington sees as Pyongyang abandoning its nuclear weapons program.

Some analysts have said Trump’s willingness to meet Kim handed North Korea a diplomatic win, as the United States had insisted for years that any such summit be preceded by North Korean steps to denuclearize.

But anxieties have eased significantly since North Korea sent athletes to the Winter Olympics in South Korea in February. The neighbors are technically still at war after a 1950-53 conflict ended with a ceasefire, not a truce.

North and South Korea will hold their first summit in more than a decade towards the end of April.

The two Koreas have been holding working talks since March to work out details of the summit, like the agenda and security for the two leaders.

Kim met Chinese President Xi Jinping in a surprise visit to Beijing in late March, his first trip outside the isolated North Korea since he came to power in 2011.

North Korea said on Sunday it was ready to sink a U.S. aircraft carrier to demonstrate its military might, in... Read More...

Sugar producers raise price of sugar by up to Rs 14 per kg citing hiked sugarcane price
18 hours ago
Govt warns of action against those posting photos, videos in social media platforms without consent
3 hours ago