No pesticide residue testing at most vegetable markets in Valley 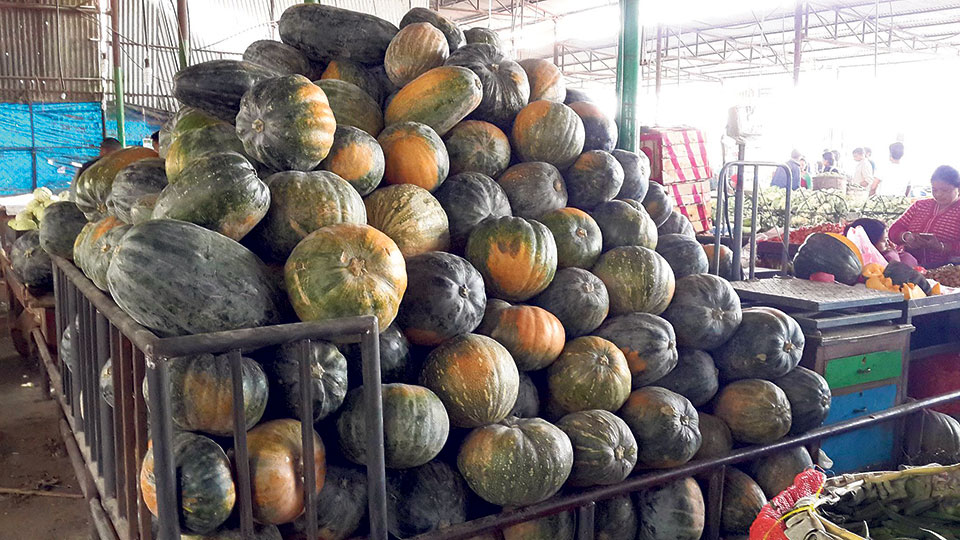 Other major vegetable markets of the Valley including the ones at Balkhu, Baneshwar, Koteswar, Balaju, and Chabahil, let alone the many small markets, are yet to acquire such testing labs, according to observations made by Republica.

KATHMANDU, Dec 1 : Vegetable markets in Kathmandu Valley except the one at Kalimati lack labs for testing the pesticide residue level in vegetables sold. This means that the residue levels in vegetables  supplied directly to these markets are an unknown.
Other major vegetable markets of the Valley including the ones at Balkhu, Baneshwar, Koteswar, Balaju, and Chabahil, let alone the many small markets, are yet to acquire such testing labs, according to observations made by Republica. A rapid bioassay of pesticides residue (RBPR) lab was set up at the Kalimati market by the Plant Protection Directorate (PPD) in February 2014. But Kalimati does not supply all the vegetables in Valley markets.

Hari Chandra Shrestha, a wholesaler at  Baneshwar vegetable market, informed that cauliflower, tomatoes and several other vegetables come directly from Kavre, Dhading and the outskirts of the capital, and there is no testing for pesticide residue. Similar is the case with all other vegetable markets which receive their supplies directly from other districts. The problem of pesticide residue in vegetables had been ameliorated to some extent after the lab in Kalimati reported high levels of residue in vegetables entering the market in early 2014.

A total of 1,767 large and small vegetable markets operate across the country, including 27 wholesale markets, according to the Agribusiness Promotion and Market Development Directorate (AVPMDD). Only seven of these markets have infrastructure for testing for  pesticide residue levels. Six other RBPR labs have been installed by PPD at the  markets at Birtamod, Sarlahi, Pokhara, Butwal and Nepalgunj. These came into operation from July.

Despite the seriousness of the  issue, government officials  said that they did not have the needed budget for procuring test lab sets and installing them at the markets.

"We have set up  seven pesticide analysis labs across the country, including the one at Kalimati market," said Ram Krishna Subedi, information officer at the directorate. "Setting up a single RBPR lab costs about Rs 2.5 million, excluding the cost of the building for housing it. An annual budget of nearly Rs 10 million is needed for running the seven labs,"Subedi said.

He also said, "We sometimes bring vegetables from other markets to get them tested at Kalimati."

The RBPR labs in the seven markets are yet to be recognised as such and treated accordingly by the government. They are being run temporarily with funding from PPD, according to  officials.

PPD believes that lack of technical manpower and fear among  existing manpower of the adverse effects from the pesticides  used have also emerged as  hurdles in the testing for pesticides.
"We do not have a sufficient number of technicians trained to run RBPR labs," added Subedi. "And trained technicians  do not want to work in the labs because of the risk of adverse affects from the residual pesticides."
A report by PPD discloses that the quantity of active ingredients (AI) in pesticides used in various crops in the country has been increasing for the last few years. AI is the portion of chemicals which are the main ingredients for killing pests. A high AI level is harmful for human health. According to PPD, an average of 1.6 kilogram of pesticides is used in one hectare of land for vegetable cultivation.

BUTWAL, Nov 13: Buoyed by the success of Rapid Bioassay of Pesticides Residue (RBPR) lab set up on the premises of... Read More...

KATHMANDU, June 10: The Supreme Court (SC) has scheduled the initial hearings on the case of pesticide residue tests for the... Read More...