No mechanism to test quality of bitumen 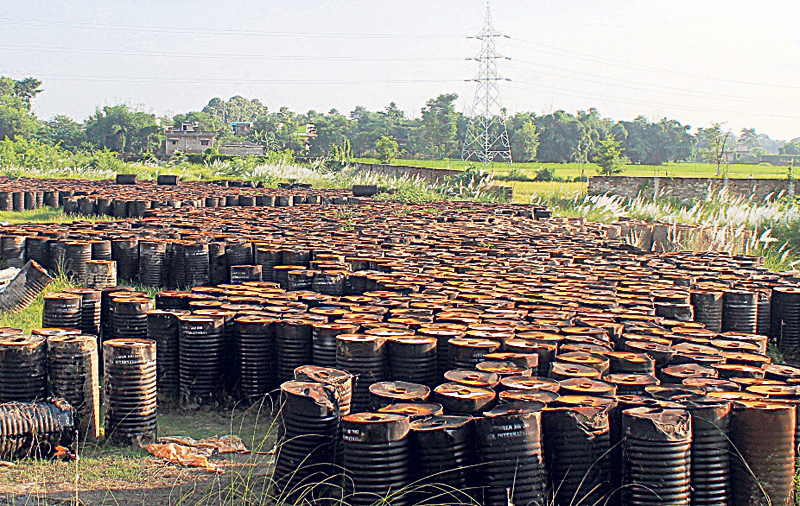 BIRGUNJ, Oct 7: It has been revealed that there is no mechanism to test the quality of bitumen - a key material used in blacktopping of roads. Bitumen makes upper layer of the road smooth and also gives strength to the inner layer.

According to the Department of Customs, Nepal imported 40,500 tons of bitumen in Fiscal Year 2015/16. However, quality test of not a single consignment of bitumen has been done.

Nepal imported 26,200 tons of bitumen from India alone in the review year. Similarly, the country imported 12,900 tons from Saudi Arabia, 900 tons from Singapore and 493 tons from Malaysia.

Pawan Gupta of Pioneer Nepal, which sells bitumen imported from Hindustan Petroleum in the Nepali market, said they have been importing only quality materials.

Construction entrepreneurs say that they have repeatedly drawn the attention of the Department of Roads and Department of Commerce, among other government agencies, toward the entry of low quality bitumen.

Avadesh Tiwari, former president of Nepal Engineers’ Association’s Birgunj Region, said that the quality of bitumen determine road’s load bearing capacity. Similarly, Advocate Amaya Kumar Das said that it is the responsibility of the government to maintain the quality of roads and other construction activities in the country.

“The quality of bitumen cannot be determined by the naked eye,” he said, adding: “As bitumen is a key material in road construction, the government should instruct construction entrepreneurs to use bitumen of high quality.”

PASSING THE BUCK
Surprisingly, the government does not have any mechanism to test quality of bitumen even though Rs 5.5 billion worth of bitumen enters the country annually.

Hari Narayan Belbase, another director of the Department of Commerce, said that the responsibility of testing the quality of bitumen falls on Nepal Bureau of Standard and Metrology.

However, Sanju Thakur, information officer of Nepal Bureau of Standards and Metrology, said they only test the quality of goods that have received Nepal Standard (NS) mark. “The quality test should be done by the Department of Roads,” she added.

KATHMANDU, July 6: The Industry, Commerce and Consumer Welfare Protection Committee of the parliament on Tuesday directed the government to... Read More...