No country for Rohingya 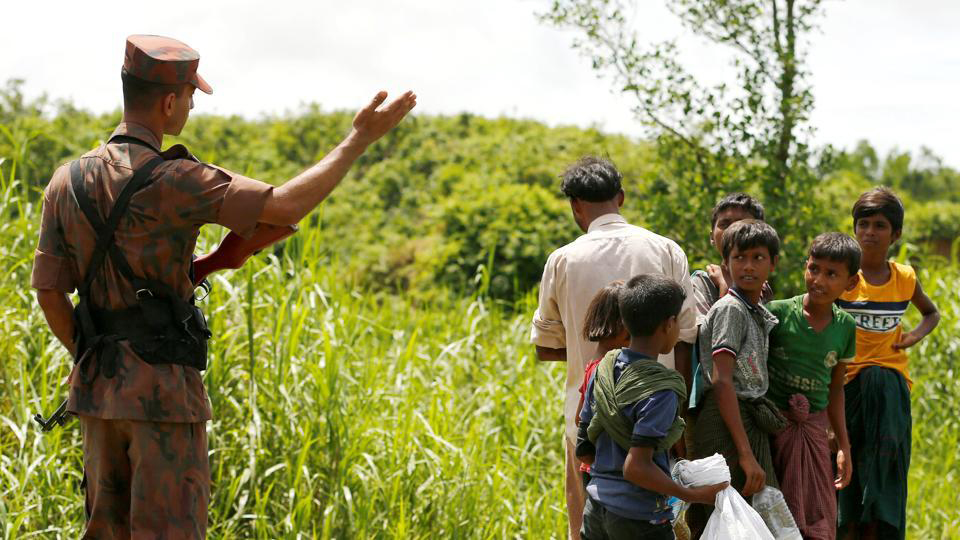 If we are indeed a tolerant country, why can’t Nepal offer a sanctuary to the Rohingya people, often dubbed ‘the most persecuted minority in the world’?

Tolerance, we often claim, is in Nepali DNA. Just look at how the Hindus and Muslims of Nepal have lived together since ancient times without any strife, compared to the conflict-filled Hindu-Muslim relations of next-door India.

At least since the start of the Malla period in the 12th century, Kathmandu was a vital entrepôt in the Indo-Tibetan trade, with traders from as far afield as Greece and Persia coming to do business and live in this truly cosmopolitan city. The Muslims of Kashmir and Tibet were easily assimilated. Yes, Prithivi Narayan Shah did chase away some proselytizing Christians. But they too would have been left alone had they not been up to mischief.

If we are indeed such a tolerant country, why can’t Nepal be a sanctuary to the Rohingya people, often (and justifiably) dubbed ‘the most persecuted minority in the world’? According to The Himalayan Times (Sept 24.), “more than 600” Rohingya refugees displaced from the riot-torn Rakhine state of Myanmar have already entered Nepal through India. Following such reports, Nepal has tightened surveillance in border areas to check more Rohingya ‘infiltration’.

This is not to confuse the scale of the challenge Nepal faces, say, in comparison to Bangladesh. The Muslim country could now be home to as many as 900,000 Rohingya refugees who have been streaming in from the neighboring Myanmar following the latest wave of ‘ethnic cleansing’ (in the words of Amnesty International) in Rakhine.
But the often-exaggerated fear in some quarters in Nepal concerns 40,000 Rohingya refugees, mostly Muslims, who have made their way into India via Bangladesh. They are apparently a big threat to Nepal’s national security and an unwanted burden that the country could do without.

Currently these refugees in India are fighting a court battle against the Indian government which wants to deport them on security grounds. On Oct 13, the court ruled that “the [Indian] State must not be oblivious to humanitarian considerations [of Rohingya refugees]”. But at the same time, it also refused to freeze government plans to deport them for their possible links to terror groups. A final hearing has been put off for November 21.

Meanwhile, Indian security personnel deployed along its border with Bangladesh have been instructed to ‘steer’ Rohingya refugees back into Bangladesh. But the Bangla government seems determined not to allow any more Rohingya refugees. Where will these helpless people go then?

Many Rohingya refugees live in Uttar Pradesh and West Bengal, both adjacent to Nepal. The fear is that if the Indian Supreme Court gives a green light to the center’s eviction plans, and with the path to Bangladesh now closed, the refugees may cross the porous Indo-Nepal border.

This fear is not unfounded given India’s dubious role in the 1992 Bhutanese refugee crisis. Back in 1992, when Bhutan decided to evict Bhutanese people of Nepali origin, India had again ‘steered’ them into Nepal. The country was at the time undergoing a wrenching transition to democratic polity and was in no position to accept 100,000 refugees overnight.

Nepali authorities worry that India could this time channel Rohingyas into Nepal. But it makes no sense for India to push these refugees, whom it suspects of links to terror groups, into Nepal with which it shares an open border. But Nepal is taking no chances and fortifying its borders.

Nepal is reluctant to accept refugees also because no foreign help is likely forthcoming in their resettlement. The Bhutanese refugee crisis was resolved only after the United States, in a truly magnanimous gesture, agreed to take most of the Bhutanese refugees.
But the walled America under Donald Trump is a vastly different place, with nothing but disdain for outsiders, then the open America under George W. Bush and Barack Obama, both of whom had accepted Bhutanese refugees with open arms. Moreover, the fact that most Rohingya people are Muslims will weigh heavily on the xenophobic Trump administration.

Even the traditionally tolerant Scandinavian European countries have grown wary of accepting refugees. With xenophobic politics right now in vogue right across the world—from Sri Lanka and Myanmar to the US and Sweden—there are no easy solutions to the Rohingya crisis.

In the case discussed above, the Indian Supreme Court had almost ordered the Indian government not to deport the Rohingya refugees before being persuaded by the central government to rethink its verdict in ‘national interest’.

Should a similar case be lodged in a Nepali court, it will be a brave judge who will rule in favor of Rohingya refugees. Nor will humanitarian pleas hold much sway with Nepal government. In order to accept more refugees, the government will have to placate more than its domestic constituencies. Again, India would not want those it suspects of terror links in Nepal; nor will China look favorably on such a settlement, as it could then have to acquiesce to more Tibetan refugees in Nepal—again clear cases of high-minded national security concerns outweighing a straightforward case of humanitarian intervention.

There is otherwise strongest possible humanitarian case to be made on behalf of the Rohingya refugees. They bring back heart-wrenching tales of their children being butchered, their wives and daughters raped, and entire villages flattened by the brutal Burmese junta. The strategy is clearly to chase away all the Rohingyas out of the country. But these people have nowhere to go.

Bangladesh, which had heretofore been open to its Muslim brethren, is now shutting down its border. India is doing the same. Except perhaps for around 200 Rohingyas who are already living in Nepal, the country, by the looks of things, has also shut its door.
It looks like most Rohingya people will for generations languish in squalid refugee camps—the camp population in Bangladesh has exploded to 900,000, while 100,000 more are in crammed in camps inside Myanmar. For the rest of 500,000 Rohingya people who are still in Myanmar but outside its camps, as the international community looks on, it will be a daily fight just to stay alive.

Comprehensive reforms must to become lower-middle-income country by 2030, says WB

KATHMANDU, May 24: The World Bank has warned that Nepal may not achieve the status of a lower-middle-income country by 2030... Read More...

KATHMANDU, Dec 27: The Nepal Electricity Authority (NEA) is gearing up to end load-shedding throughout the country from mid-June next... Read More...

CHITWAN, July 22: The Inland Revenue Office, Bharatpur has been declared as the best among the 49 inland revenue offices... Read More...

Citizenship Bill withdrawn from parliament due to lack of unanimous position among parties: Govt
17 minutes ago

Is the ruling alliance pulling an ‘election stunt’ in Nijgadh?
47 minutes ago