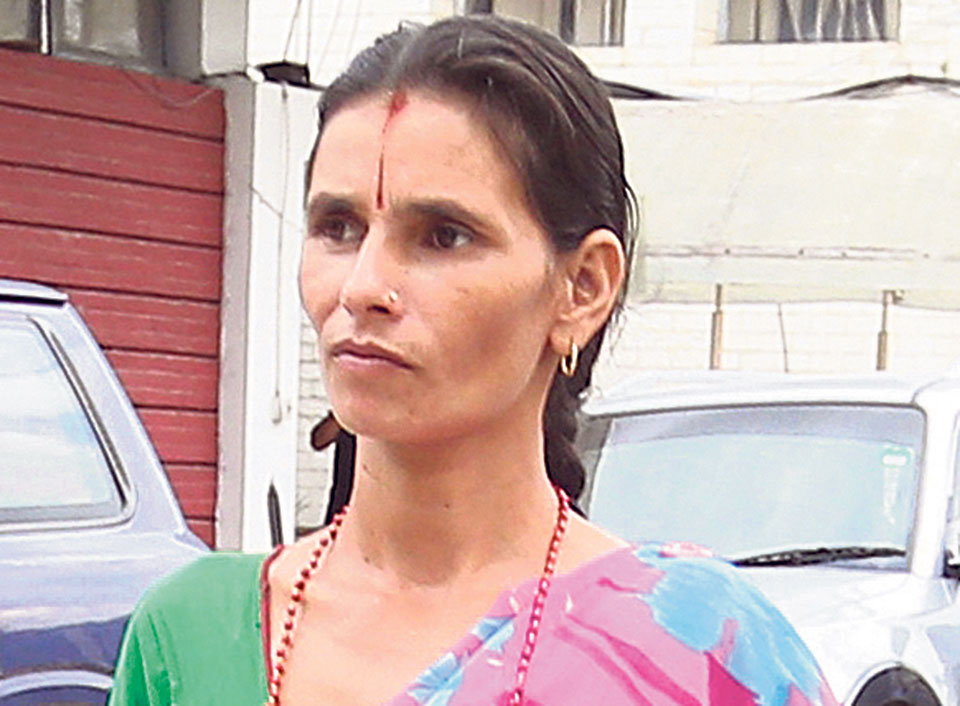 KANCHANPUR, Dec 19: Durgadevi Panta, mother of the 13-year-old rape and murder victim Nirmala Panta of Bhimdatta Municipality, has filed a complaint against eight police personnel on Tuesday accusing them of destroying evidences.

Despite making several efforts, police and probe committees have failed to reach anywhere close to the perpetrators in lack of strong evidences.

Nirmala’s mother, who has repeatedly vented her ire against the police for negligence in her daughter’s case, filed the complaint against them at the District Police Office (DPO), Kanchanpur.

SP Bista and Inspector Khadka have already been relieved from their posts while other six have been suspended. Meanwhile, Khadak Bista, brother of mentally-challenged Dilip Singh Bista who was framed by the police but later released after finding him innocent, has filed a complaint against SP Bista, DSP Sethi and Inspector GC, as well as Inspector Khadka accusing them of torturing his brother in police custody.

Durgadevi has stated that she had to take this step to bring the murderers of her daughter behind the bars.

“I filed the case not because of any personal grudge but to trace the murderer(s) of my daughter as soon as possible,” she said. According to her, she did this following the advice of the civil society.

Durgadevi says she has no knowledge of law but wants to see the murderer(s) punished. “I hope now it will be revealed whether police destroyed the evidences unknowingly or with the ill-intention of protecting the culprits,” said Durgadevi.

Advocates Badri Bhusal, Pushparaj Paudel and Indra Prasad Aryal among others prepared the complaint on behalf of Durgadevi, advising her to file the complaint at the DPO, Kanchanpur.

So far, police have recorded statements of more than 350 people and checked cell phone call details of more than 4,000. They have also tested DNA samples of nine suspects. However, none of their DNAs matched the DNA collected from the vaginal swab of Nirmala’s body.

Murderer of Panta to be booked: Home Minister Thapa