NFC to begin sale of goats for Dashain from tomorrow 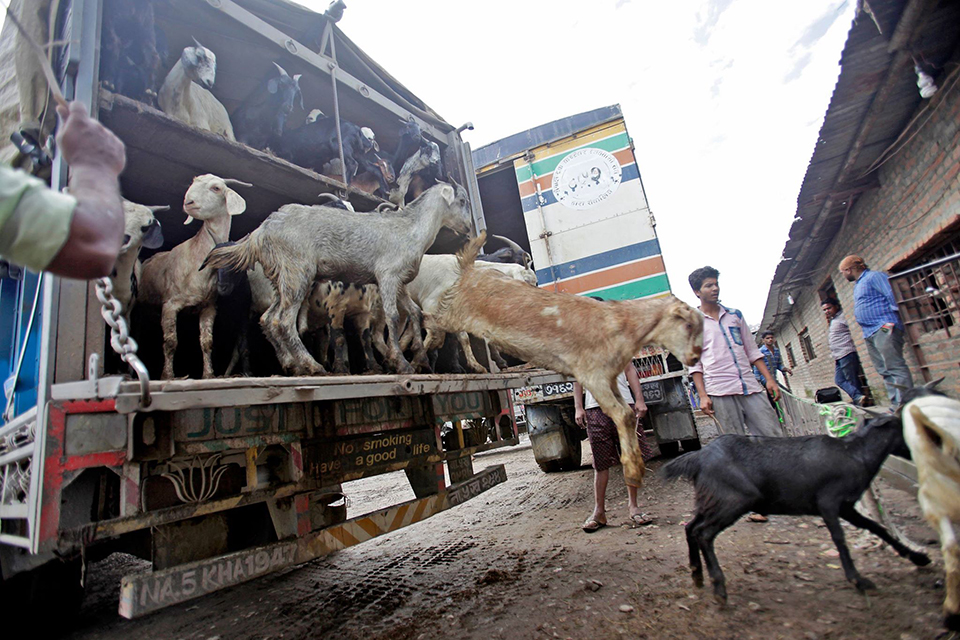 KATHMANDU, Oct 11: As Dashain Festival is approaching nearer, Nepal Food Corporation (NFC) is starting the sale of goats and Himalayan goats at subsidized rates from Friday.

The state-owned corporation has set subsidized rates for goats and Himalayan goats for Dashain Festival.

Spokesperson at the NFC, Shanker Pathak, said that goats and Himalayan goats will be sold at discounted rates of Rs 500 per kg and Rs 700 per kg respectively.

Compared to last year, the price of goats has gone up Rs 45 per kg whereas the price of Himalayan goats has increased by Rs 25, according to the corporation.

Spokesperson Pathak said that the NFC will sell 1,000 goats and 1,000 Himalayan goats from its food gowdown based in Thapathali.