“Next Eleven” and World Economy 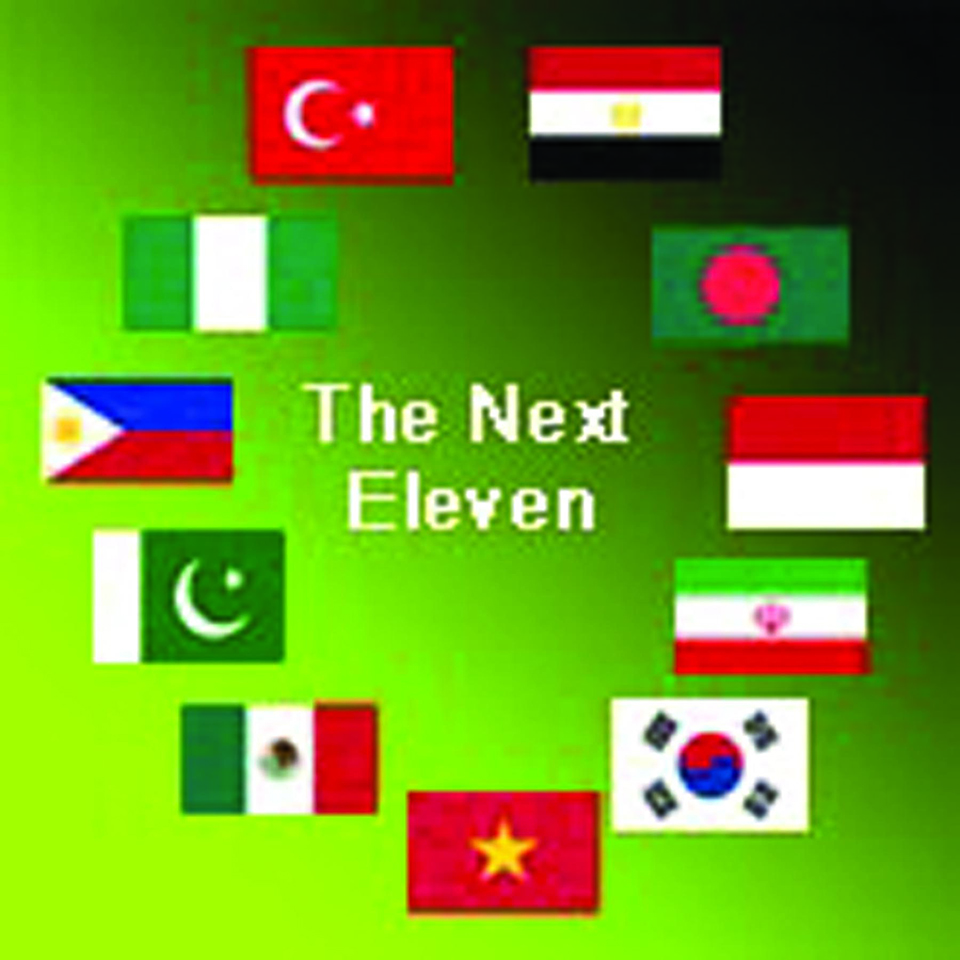 The N-11 never acquired the cachet of the BRIC acronym, having  a significant impact on the world economy in future

LONDON – On a recent holiday in Vietnam, Cambodia, and Laos, I couldn’t resist thinking about these countries’ economic potential and ongoing policy challenges. After all, in 2005, my Goldman Sachs colleagues and I had listed Vietnam as one of the Next Eleven (N-11) – all countries with the potential to become important economies during this century.

Vietnam reported that its real (inflation-adjusted) GDP growth was 7.4 percent in the latest quarter, outpacing China. And, according to the World Bank’s forecast, Vietnam, along with Cambodia and Laos, is on track to maintain a similar level of growth for the year.

The N-11 never acquired the cachet of the BRIC acronym, which I coined in 2001 to describe a bloc of emerging economies (Brazil, Russia, India, and China) that stood to have a significant impact on the world economy in the future. The N-11 countries weren’t at the level of the BRICs, but nor was either acronym intended to be an investment theme. Rather, N-11 was simply a label we applied to the next 11 most populous, highest-potential emerging economies after the BRICs.

Around the time that we published the 2005 paper “How Solid are the BRICs?”, in which we first identified the N-11, I often joked that we chose 11 simply because it was the number of players on a soccer team. When others would point out that we had excluded more populous countries such as Congo and Ethiopia, I would muse that Ethiopia could be the N-11’s Ole Gunnar Solskjaer, in reference to Manchester United’s brilliant sub-in scorer during the 1990s.

Then as now, the N-11 comprised a mixed bag: South Korea, Mexico, Indonesia, Turkey, Iran, Egypt, Nigeria, the Philippines, Pakistan, Bangladesh, and Vietnam. These countries have extremely diverse economic and social conditions, and very different levels of wealth. For example, South Koreans now enjoy a standard of living similar to that in the European Union, which makes many analysts’ persistent categorization of South Korea as an “emerging economy” all the more baffling.

Meanwhile, Mexico’s and Turkey’s levels of wealth haven’t come anywhere near that of South Korea, and yet they are considerably wealthier than the rest of the N-11, some of which remain among the poorest countries in the world. At the same time, Asian N-11 countries such as the Philippines and Vietnam have grown significantly since 2005, while Mexico’s performance has been somewhat disappointing, and Egypt’s even more so.

Collectively, the N-11 comprises some 1.5 billion people, and its current nominal GDP is around $6.5 trillion. In other words, while its population is slightly larger than that of China or India, its economy is about half the size of China’s, but larger than Japan’s and more than twice the size of India’s.

These divergences help to explain why a number of new acronymic groupings have since been carved out of the N-11, including the MINT (Mexico, Indonesia, Nigeria, Turkey) and the MIST (swapping in South Korea for Nigeria). I didn’t devise these groupings, but I have come to be associated with them, having produced a BBC radio documentary on the MINT countries in 2014. At any rate, they were in keeping with earlier points I had raised; namely, that by 2010, Mexico, Indonesia, South Korea, and Turkey would each account for more than one percent of global GDP.

Eight years later, the MIST economies still have a chance to account for around 2-3 percent of world GDP in the future. None is likely to reach the size of any of the BRIC economies, except, perhaps, Russia. Owing to its current problems, Russia’s GDP is now around the same size as South Korea’s. If it doesn’t sort itself out soon, its GDP could fall below that of Mexico, or even Indonesia.

Of the other seven N-11 economies, Nigeria, Vietnam, and perhaps Iran stand out for having the most potential. Still, each faces serious obstacles to becoming a $1 trillion economy, never mind accounting for 2-3 percent of world GDP.

Looking beyond each of these countries’ individual prospects, what is important for economic observers and investment professionals to understand is that the N-11 as a bloc has grown by around 4.5 percent so far this decade, after growing by almost four percent  in the previous decade. Given the size of its output, the N-11’s growth is contributing significantly to the world economy, alongside the primary drivers of China and India.

I kept reminding myself of this fact while traveling around Vietnam, where my tranquility was repeatedly interrupted by blaring headlines about US President Donald Trump’s tweets and escalating violence in the Middle East.

Before heading to Vietnam, I had the privilege of writing a review for Nature of Factfulness: Ten Reasons We’re Wrong About the World – and Why Things Are Better Than You Think, a brilliant book by the late physician Hans Rosling, which his daughter published posthumously this year. Factfulness is one of just a few recent works to focus on the remarkably positive things happening in the world. Rosling, along with Harvard University’s Steven Pinker, was right to be optimistic. An unblinkered view of the world reveals many promising signs, especially for the global economy.

Jim O’Neill, a former chairman of Goldman Sachs Asset Management and a former UK Treasury Minister, is Honorary Professor of Economics at Manchester University and former Chairman of the British government’s Review on Antimicrobial Resistance.

PUNJAB, August 22: After playing most of their home games in the United Arab Emirates due to security concerns over... Read More...

Chitwan extends prohibitory order for a week
13 hours ago