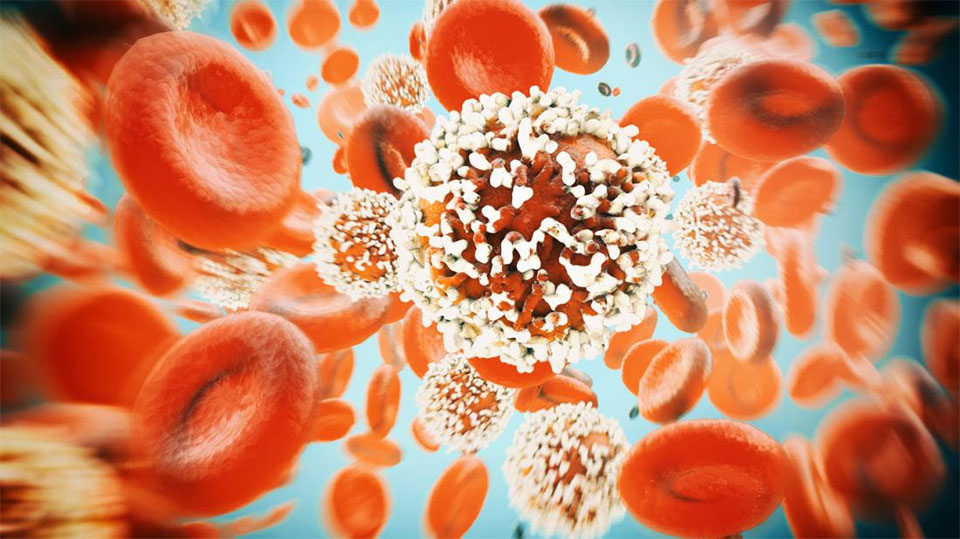 NEW YORK, Sept 30: Treatment with a HER2-targeted therapeutic cancer vaccine provided clinical benefit to several patients with metastatic HER2-positive cancers who had not previously been treated with a HER2-targeted therapeutic, according to data from a phase I clinical trial presented at the Fourth CRI-CIMT-EATI-AACR International Cancer Immunotherapy Conference: Translating Science into Survival, held Sept. 30-Oct. 3.

Among 11 evaluable patients who had received more than the lowest dose of the vaccine, six (54 percent) had clinical benefit. One patient with ovarian cancer had a complete response that lasted 89 weeks, one patient with gastroesophageal cancer had a partial response that lasted 16 weeks, and four patients (two with colon cancer, one with prostate cancer, and one with ovarian cancer) had stable disease.

"Immunotherapy marshals the exquisite specificity of the immune system to destroy cancer, and some types may have potentially fewer side effects than traditional chemotherapy," said Jay A. Berzofsky, MD, PhD, chief of the Vaccine Branch at the Center for Cancer Research, National Cancer Institute, National Institutes of Health, Bethesda, Maryland. "We are using a vaccine approach to generate an immune response to HER2, which is found at high levels on and drives the growth of several types of cancer, including breast, ovarian, lung, colorectal, and gastroesophageal cancers.

"Our results suggest that we have a very promising vaccine for HER2-overexpressing cancers," continued Berzofsky. "We hope that one day the vaccine will provide a new treatment option for patients with these cancers."

The patients' vaccines are individually customized by Berzofsky and colleagues using their own immune cells isolated from their blood. The blood-derived immune cells are modified in several ways in the laboratory. The final product, which is administered intradermally (between the layers of the skin), comprises patient-derived dendritic cells genetically modified with an adenovirus to produce parts of the HER2 protein.

Preclinical studies, which were previously published in the AACR journal Cancer Research, showed that this type of vaccine could eradicate large, established tumors as well as lung metastases in mice.

In the dose escalation portion of the phase I clinical trial, patients were injected with the vaccine on weeks 0, 4, 8, 16, and 24 after enrollment in the study. Among the six patients who received the lowest dose of the vaccine, 5 million dendritic cells per injection, no clinical benefit was seen. Among the 11 patients who received either 10 million or 20 million dendritic cells per injection, six had clinical benefit.

Adverse reactions were predominantly injection-site reactions that did not require treatment. No cardiotoxicity was seen.

"Based on the current safety and clinical benefit data, the dose of the vaccine was increased to 40 million dendritic cells per injection and the trial opened to patients who have previously been treated with a HER2-targeted therapeutic, including patients with breast cancer," said Berzofsky.

"Moving forward, we would like to investigate whether we can increase the proportion of people who benefit from treatment with the vaccine by combining it with checkpoint inhibitor therapy," he added.

According to Berzofsky, the main scientific limitation of the study is that it is a relatively small, phase I clinical trial with no placebo control. However, the approach is sufficiently promising to warrant additional trials.

Why We should All be Feminists
23 minutes ago