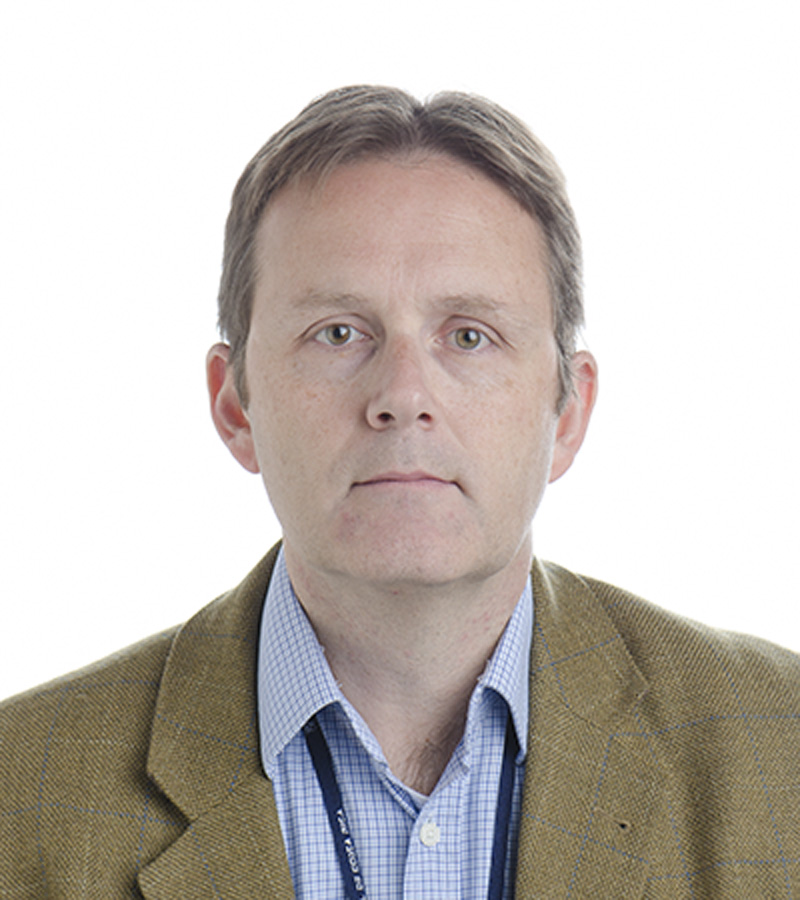 The government has tabled the budget for the upcoming fiscal year 2017/18 amid positive economic outlook of the country with growth rate in the current fiscal year projected at 6.94 percent -- the highest since 1993/94.  The International Monetary Fund has also made a projection of 5.5 percent of GDP growth for Nepal. Sagar Ghimire of Republica caught up with Andreas Bauer, the Senior Resident Representative of the International Monetary Fund (IMF) for India, Nepal and Bhutan, to talk about a broad range of economic issues of Nepal. Excerpts:

Lately, there seems to be optimism about the country's economic outlook. How do you see the recent trend?
Looking at the recent data, we see that the economy is rebounding strongly. The growth is quite broad-based and you see that reconstruction is picking up, tourist arrivals have picked up, agriculture has benefitted from good rains and output has increased. That, in turn, has also helped to bring down inflation. I would say that is very encouraging and hopefully the starting point for a longer and sustainable growth, and not just a recovery. But, of course, that would not come by itself. It requires more reforms and policy actions.
What is your take on the first federal budget of Nepal?
I haven't had the chance yet to look the budget in detail. If we look the overall envelope, we see a little bit similar picture of the current fiscal year which is a very ambitious budget with high expenditure growth. The budget is probably more an aspiration at this point than a framework that is likely to be implemented. To some extent, that is a concern because budget should provide certain limits so that government institutions really have to make hard choices and put the money to the best use.   So, I would say it is a big envelope and probably the focus would still have to be on strengthening implementation capacity where some progresses have been made but more is needed. And, of course, I think this year the big focus should be on the local governments. I think this would be a big challenge also from the budget perspective to really establish the system of financing for those entities and also of financial reporting.

Do you think the growth target of 7.2 percent for the next fiscal is gettable?
It is certainly an ambitious growth target. For the current fiscal year, our [the IMF] forecast is 5.5 percent and the latest data that was published suggests that there could be upside surprise which is good. For the coming year, the growth target is huge. We think that the likelihood of achieving the growth like that will depend very much on some other policy actions on the ground. If there are supportive reforms that stimulate investment, we could have upside surprise. But, our cautious view would be that the potential of economy is a bit lower than the number that currently is floated in the budget.

One of the IMF's major recommendations to the government was to make a realistic budget. However, the budget size has increased by 22 percent. What do you think of budget implementation?
The country is still in the reconstruction phase. In a way, I can understand that there is an aspiration of catching up quickly. At the same time, the planning for such a large extent of spending takes focus away. So, execution might actually suffer. Over the time, hopefully, we can go to the envelope that is a bit tighter and will offer more guidance and more prioritization within the public sector.

Let's talk about the current problem of 'financial friction'. The banking industry is suffering from the acute shortage of lendable fund. Do you see it as a headwind to the economy?
There are two aspects to it. First of all, the central bank is taking welcome steps to modernize the monetary policy framework in Nepal with the objective of stabilizing interest rates and providing more certainty to the interest rates. This is a work in progress and further steps are needed. But it certainly is going in right direction. With regards to the banking sector, credit growth in Nepal has been very to the point that growth might be faster than what is advisable from the prudential point of view. The NRB has established some macro-prudential limits to slowdown credit growth and these limits are very important and they are certainly welcome. Banks should adhere to it. Overall, we think this would be beneficial for financial stability for credit to slow down and to expand much more in line with deposit growth.

The central bank has offered a relaxation for lendable-cash-starved banks. But the IMF Article IV mission called for scrapping such measure.  What do you say?
Our view remains that the exception that was granted should expire. The credit growth remains very high with very low inflation. In real term, it's a strong expansion of credit. I think the NRB has an important role to ensure that this country can grow without creating big imbalances. We want credit to grow but at the level that can be sustained over time. At this point, credit expansion is probably too strong.

What is the status of IMF recommendations made to the government?
There are two points. We try to be helpful as part of our work of laying out some reforms anything that we think is important for any country. The expectation is not that these reforms are implemented immediately. We have seen some positive steps and efforts to stimulate foreign investments in the power sector which are important. We have seen an increase rate in the execution of budget which is positive. There are efforts for some strengthening of the public financial management capabilities. So, it has been a gradual process so far. We hope the new government picks up the baton and continue with the reform path which will be very important to sustain high growth rate. The current recovery is a good start, but we need more to keep growth at a high level for some time.

Slowdown in remittances growth and rising import bills is likely to threaten the balance of payment position of the country. What is your observation?
The current account has moved into a deficit more recently with a strong pick up of import.  Part of this is normalization and the rebalance of the payment. The current account has been strong during the time of disruption of trade. From that perspective, it is the reflection of the recovery of the economy. But I do think that we need prudent macroeconomic management. We need to look for links to maintain a sound level of credit growth so that the expansion of domestic demands for consumption grows at a level that would not lead to a large imbalance on the balance of payment and ultimately to a high inflation that would be negative for competitiveness. So, Nepal needs to find a path of balanced growth going forward and this would require moderation on the credit side and a gradual stepping up of public spending. The balance of payment would be manageable should that happen.

There were talks of longer-term IMF engagement in Nepal? Has there been any development on this front?
No, there has not been any request. We are very engaged with the government in terms of providing policy advice. But we are providing capacity building. The IMF has recently opened a training and technical assistance center in New Delhi for the South Asian region and that is now allowing us to provide much more support and to train more government officials. This role for Nepal is very important so that we can help strengthen the capacity at the government level and this is where we are focusing at the moment now.

More than 2,000 children out of school in Dang

DANG, April 16: An estimated 2,000 children of the school-going age are out of school in Dang district, despite the... Read More...

Retreating Russians leave their comrades’ bodies behind
11 minutes ago