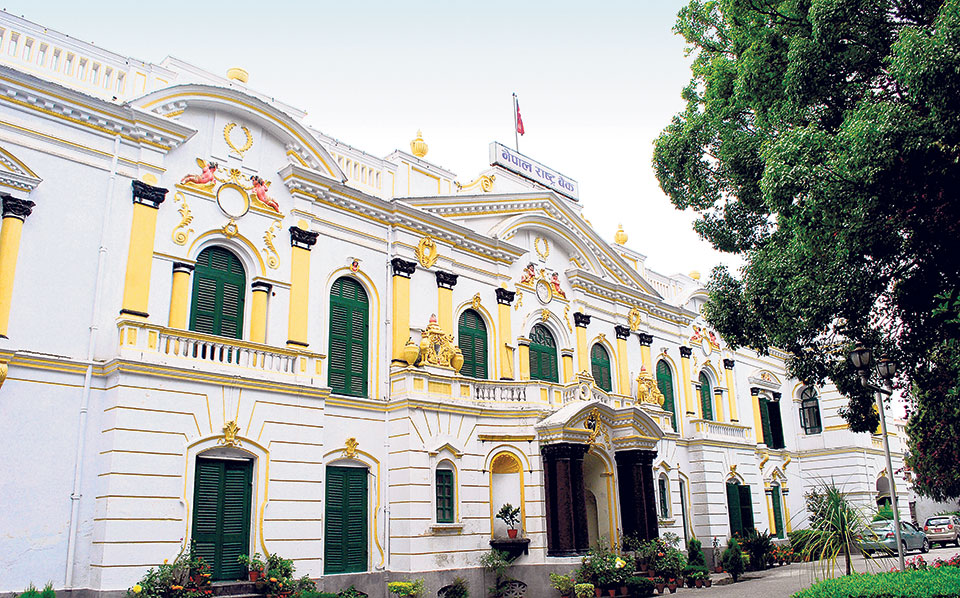 KATHMANDU, Dec 27: Nepal Rastra Bank (NRB) has revised the base rate calculation formula for bank and financial institutions (BFIs) that will lower interest rates on loans by at least 0.75 percentage point.

Issuing a circular to bank and financial institutions (BFIs) on Wednesday, the NRB removed return on assets (RoA) from the existing formula.

The revision along with other six points in the circular is based on recommendations made by a committee formed by the Ministry of Finance (MoF) to look into volatility of the financial markets.

Submitting the report on December 19, the committee headed by the NRB Deputy Governor Shiva Raj Shrestha has provided the government 58-point recommendations for interest rate and capital market stability. The directive issued on Wednesday is mostly in line with the recommendations made by the committee.

Among others, the NRB also issued directive to the BFIs that will allow them to increase the limit of institutional deposits to 50 percent from the existing limit of 45 percent.

Another recommendation that featured in the circular is raising the ceiling of loan to value ratio on margin lending to 65 percent from existing 50 percent. The new relaxation will allow share investors to get more loans from BFIs by pledging their stocks as collateral.

As per the existing provision, BFIs are allowed to provide margin loan of up to 50 percent of the average closing price of the last 180 days or the prevailing market value.

The ceiling for such loans for a banking institution has also been increased to 40 percent of core capital, up from existing 25 percent in line with the committee's report.

Nepal Rastra Bank (NRB) has brought a policy for allowing commercial banks to set up a subsidiary company to provide brokerage services for securities trading.

Releasing a circular on Wednesday, the NRB said that a commercial bank can set up a subsidiary company, having ownership of a minimum of 51 percent ownership and provide brokerage service after acquiring license from the Securities Board of Nepal (Sebon).

So far, commercial banks or their subsidiaries were not allowed to work as stock broker. Only licensed stock brokerage firms were allowed to provide such services.

Though providing broker license to bank subsidiary was one of the top agenda of Sebon's Chairman Rewat Bahadur Karki, the plan was not materializing due to the lack of legal apparatus.

However, the central bank's circular has paved the way for banks to open subsidiary for working as broker.
The central bank, however, has barred such subsidiary company from trading securities of its parent company.