Nepse up 10 points despite market volatility 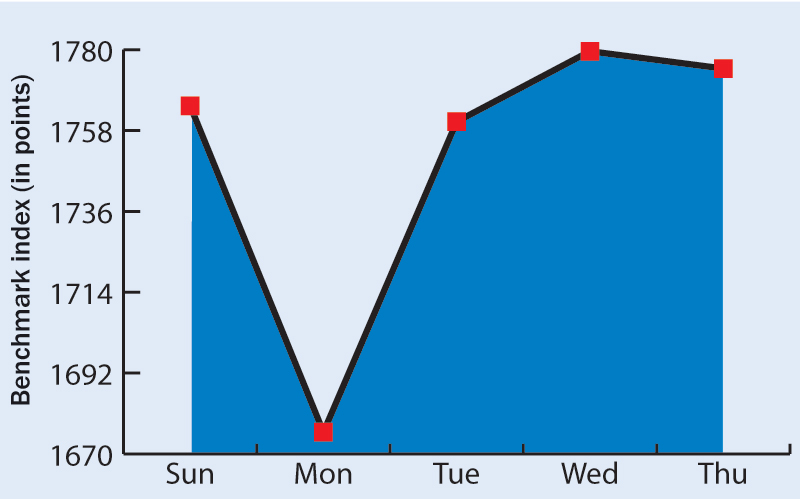 The stock market remained volatile throughout the week as panicked investors started to offload their shares in the first two trading days while the market bounced back in the next two trading days. There was a slight correction in the market in the last trading day of the week.

The stock market bounced back this week after shedding a total of 94.16 points last week. While the market was taking a dive with no particular reason whatsoever, the rush of the Securities Board of Nepal (Sebon) - the capital market regulator -- to soothe investors helped to bring the market back on track.

Following the Sebon's statement and remarks from newly appointed Minister of Finance, Krishna Bahadur Mahara, that the current government was committed toward development of the capital market, the stock market bounced back in the same speed that it had shed values last week.

Many analysts believe that the decision of the Sebon to dissolve a committee that it had formed few weeks ago to investigate into flow of black money in the secondary market had also fuelled the stock market. Sebon officials say that they dissolved the 'internal committee' altogether, as it was interpreted as the main factor for the stocks rout.

"Investors' sentiment was down mainly due to formation of the government under Maoist leadership and the formation of a committee to look into flow of black money in the secondary market. However, Finance Minister clarified that he would help in the development of the stock market and also Sebon dissolved the committee,” Bishnu Sapkota, managing director of Neev Securities Pvt Ltd, said, adding that it lifted investors' sentiment.

“It seems that the market is in a stable situation now," he added.

A total of 10.7 million units of shares of 154 companies worth Rs 6.56 billion were traded in the market through 31,402 transactions this week.

Nepse down 16 points as market remains in bear territory