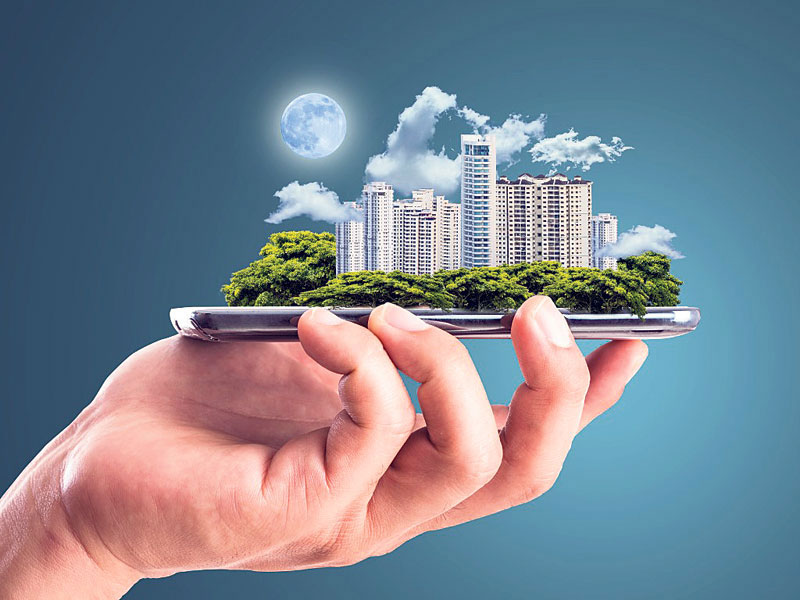 The contributor for Republica.
bhattarai@ucmo.edu

Almost for a century, urban planners, economists, sociologists, and architects have advanced theories on overall functioning of various urban areas. Some have hypothesized that if neighborhoods are poorly managed, urban environment will get worse, whereas well-managed neighborhoods will bring positive impacts on urban lives. Economic theories of change at the city level often emphasize population density and education to predict neighborhood improvements. Sociologists emphasize locations and social networks to predict improvements in a city’s appearance.

Today, more than half of world population lives in urban areas. In Nepal, over 62 percent of total population has become urbanized after recent federal restructuring despite the fact that urban areas classified through the annexation of peripheral rural areas are without needed framework. This makes urban habitats disorderedly and shanty.  Except for Kathmandu Valley, almost all the Nepali urban centers may be called ‘ruralopolis’—rural areas legally classified as ‘urban.’

The urban voters may have been influenced by these tall promises.

In one of the BBC’s Sajha Sawal platforms, some elected mayors presented smart city as a project with use of high tech system in governance, policy implementation, economic development, seamless rapid transit system, built-in infrastructure, and effective management of natural environment through private-public-partnership (PPP).
It is hard to imagine they will be able to deliver on those promises within their five years’ term. Good luck to respected mayors who have at least presented visions to quickly improve living conditions of urban dwellers.  These promises may be repeated to garner votes during provincial and and federal elections as well. But several challenges face them in this otherwise smart journey.

Lack of proper infrastructures, congested traffic, changing climate with heat islands, erratic power supply, lack of safe drinking water, and weak security systems are staring at us. Instead of improving these conditions the government has been adding to the number of municipalities. A recent cabinet decision, for example, added a few more urban centers by making total of 250 municipalities, 10 sub-metropolitans, and six metropolitan areas by annexing many rural areas.

The big question is will our leaders be able to turn our rather chaotic cities into smart cities?

A smart city is an integrated system in which human and social capitals interact, using technology-based solution. It efficiently achieves sustainable and resilient development and a high quality life on the basis of a multi-stakeholders’ partnership. The smart city initiatives are designed to utilize auto-sensor information technology. Auto-sensors utilize cutting-edge and video authentication technology that uses wireless sensor networks to produce a variety of data.

Such data can help in effective visualization of many scenarios, such as early detection of earthquakes, monitoring long-distance highways with optical cable sensors, advanced biometric recognition to monitor city activities every day. Smart city initiatives are forward-looking on the environmental front to better manage available natural resources, management of green space and parks.

Can our ruralopolises meet these conditions? What can be the possible hurdles and how can they be overcome?

Since economy is major driver of a smart city, local and global markets have to be seamlessly integrated through bi-tri-multi-partitions of all stakeholders irrespective of their political affiliations.

Our mayors may learn from how smart cities have been developed elsewhere.  In India, the government of Narendra Modi is planning to create 100 smart cities developing a megalopolis corridor running through Chennai-Mumbai- Gujrat-New Delhi-Kolkata and Vishakhapatnam. Gujarat International Finance Tech (GIFT) (2010-2020) is under construction. GIFT city covers 890 acres (40 percent under built-in-infrastructure, and 60 percent under greenery and recreational parks). It will build 110 towers to accommodate international business hubs and banks, 20,000 flats, provisions for 60,000 vehicles parking in multi-storied buildings, and employment for millions of people. The financial and technological hubs will be connected to four underground metro-stations. Each hub will be within 500 meters distance from metro-stations. It will have a seven by seven meters utility tunnel to dispose wastes. All parts of the city will be monitored by CCTV cameras every time.

Mumbai Metro and Monorail (MMR) city will be covering an area of 4,533 square kilometers serving 23 million people. It plans to improve living standards of 46 percent of the total MMR population that currently lives in shanty towns. It plans to develop five to six self-sustained centers by 2025 and generate 6.16 percent of India’s total GDP.
Singapore gathers real time data to operate a smart city to seamlessly provide rapid transit where 90 percent of the residential homecare is served by broadband fiber optics, and 85 percent of the people are served by smart phones. It gathers virtual data, presents 3-D view of each city, and informs people how city wind blows each minute. It gathers information of community garden, bi-cycling network and parking facilities, motion sensors LED lighting, rain water harvesting system, secured bicycle parking facilities, road conditions, traffic flow simulation, elderly care center, and tele-health. Dubai plans to build 50 smart cities involving 22 government entities by 2025 using real time data.
Nepal is planning to develop smart cities in five different places over 10000 to 12,500 acres of Kathmandu Valley to serve half a million people. It plans to deploy 15 percent of the land for open spaces, 20 percent for road, and 65 percent in built-in infrastructure.

People have become excited about prospect of smart city but mono-rail, underground metro services and garbage disposal including e-toilets seem to be day-dream projects in congested and seismically sensitive Kathmandu Valley at least for now.

Construction of an outer ring roads and improving seamless transit along the arterial roads to connect inner city centers might provide some comfort for now.  Investing city’s revenues in sustainable income generating activities rather than spending on unproductive old-age pension distribution might help control outmigration of youths. No doubt, old age pension system has ensured dignified living for the elderly but it should not be used for vote politics. Gathering real time data from these operations could be the first step toward embarking on smart city journey.

The author is Professor and Geography Program Coordinator at University of  Central Missouri, USA, bhattarai@ucmo.edu

KATHMANDU: "Speed and effectiveness to guarantee quality are the prerequisites of service providers to make any city a smart city,"... Read More...

Consumer price inflation remained stable at 7.26 percent as of mid-January: NRB
1 minute ago

Nepse increases slightly by 4.62 points, while daily turnover drops as low as Rs 1.474 billion on Monday
45 minutes ago