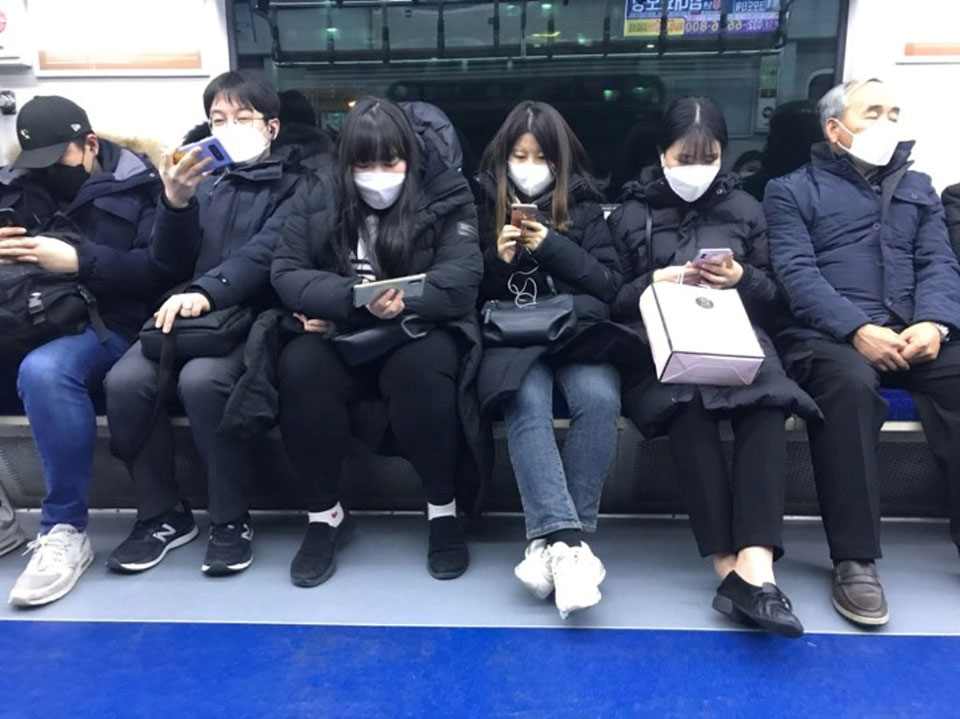 KATHMANDU, Feb 24: With COVID-19 cases sharply rising in South Korea, Nepali citizens residing in the east Asian nation are worried. At least six persons have already died from the virus in South Korea and over 600 are infected.

As the number of coronavirus cases have increased by two folds within a week in Daegu, which is around 300 kilometers from the capital Seoul, the Nepalis residing in the region are worried about their health, according to Ranjan Raj Kunwar, president of South Korea chapter of the Federation of Nepali Journalists (FNJ).

At least 7,000 Nepalis – students and workers – are residing in the southern city of Daegu. According to various estimates, the total number of Nepalis working and studying across South Korea is around 50,000.

According to South Korean media reports, at least 602 people have been infected with COVID-19 in the country until Sunday.

“The usually busy roads are quiet. Only a few restaurants and retail shops are open,” said Amrit Lamichhane, a Nepali residing in Suhan, a city in South Korea.

Likewise, Kamala KC, a PhD student in South Korea, also said that shopping malls and train stations have turned empty after a spike in the number of COVID-19 cases.

“It is compulsory to check body temperature while entering airports, hotels, and shopping malls. Any suspected cases are immediately sent to hospitals,” she said.

The South Korean Immigration Department has sent a letter to the Embassy of Nepal in Seoul stating that the Nepali workers staying illegally in South Korea would not be deported if they visited health institutions for treatment.

The immigration department has already directed the hospitals not to ask visiting migrant workers about their legal status. Likewise, Ram Singh Thapa, acting ambassador of Nepal to South Korea, also urged Nepalis staying illegally in South Korea to visit public health institutions for treatment if they are suspicious of viral infection.