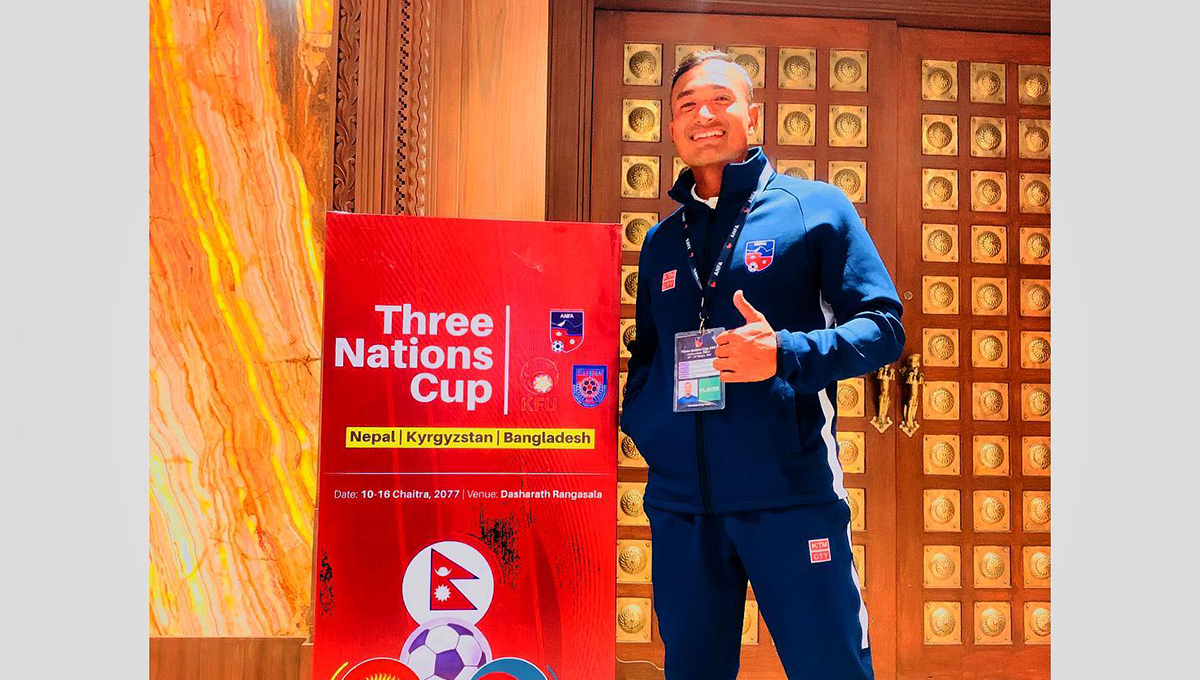 Maharjan, 31, played the highest number of matches for Nepal

Maharjan, who played the highest number of matches for the national team, formally retired from international football shortly after the final match of the Three Nations Cup, played between Nepal and Bangladesh at Dashrath Stadium in Kathmandu on Monday. He has played 73 matches for Nepal since his debut match against Pakistan in 2008.

During today’s match, Maharjan entered the ground as a substitute player in the 89th minute replacing Tridev Gurung.

The 31-year-old Maharjan, led Nepali side in the 18 games starting December 2015 during the SAFF Championship.

Announcing his retirement, he said, “I think this is the appropriate time to retire from international football. However, I’ll be playing in the domestic matches in the days to follow.”