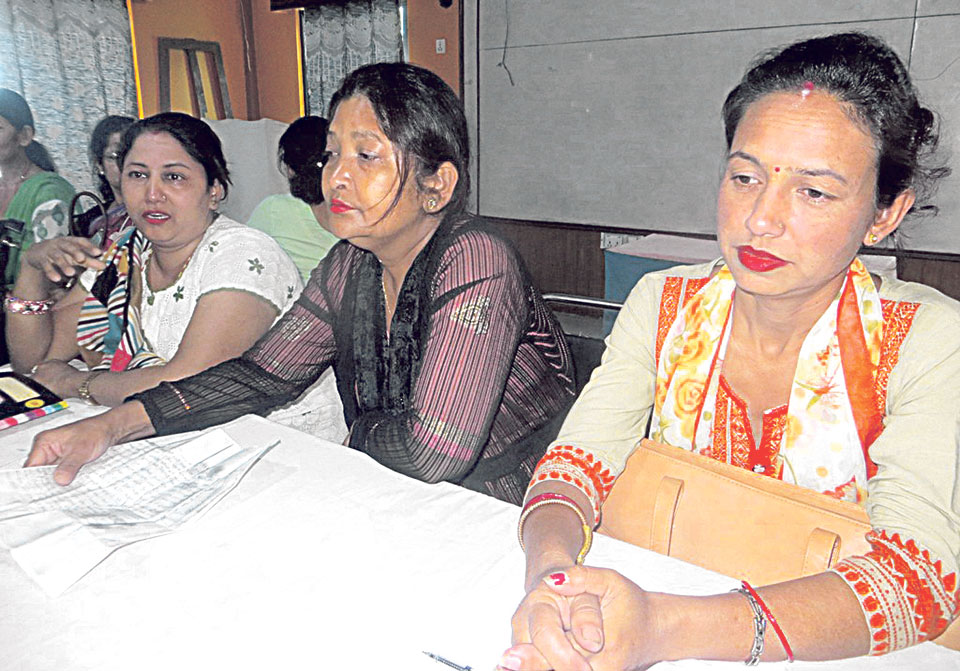 NEPALGUNJ, April 8: People often do weird things to become successful overnight, but many a times their dreams come crashing down to the ground. In want of earning quick money, they not only lose the money they have, but also invite bad consequences. Many Nepalgunj denizens have experienced it when their dreams to earn big money in a short time were shattered.

Expecting an interest rate of 5 percent, Geeta Paudel of Bulbuliya, Nepalgunj not only lost her house and land, but also the jewels she was wearing.

Paudel had heard about people getting wealthy by playing Dhukuti credit scheme. Paudel had met Mina Sijapati of Ganeshpur, Nepalgunj some six years ago.  As time passed, Sijapati got closer to Paudel, and the latter was tempted to give all her property to her in anticipation of getting a good interest on her property.

“Mina had debts to clear. I attempted to bring her out from the debt. I was influenced by her talks. So I gave her Rs 150,000 in an effort to help her,” said Geeta. “With my efforts, Mina cleared all her liabilities. But later, my transaction with her reached Rs 10 million. I even passed my house in her name and gave my jewelry to her. And then Mina started getting away from me. I don’t know where she is now. She vanished two years ago.”

Paudel, during a press meet at Nepalgunj stated: “All my property is with Mina. Now I neither have any evidence of the transaction, nor the ability to file a case.”

Suman Shrestha of Nepalgunj -10, Adarshanagar, got acquainted with Mina through a mutual friend. Expecting to earn money from interest, Shrestha gave Mina Rs two million. She also persuaded one of her relatives to give Mina additional Rs two million to get a good interest.

“However, she then started ignoring me,” said Shrestha. “Now she is out of contact along with our four million rupees.”

Shrestha, who is a teacher by profession, said that she will be drowned in debt for the rest of her due to the loss.

Geeta and Suman are among the few who lost their wealth in a feat to earn quick money. Half a dozen victims of Mina and her gang organized a press conference in Nepalgunj earlier this week. According to the victims, Mina has hoodwinked more than Rs 40 million from them.

Mina had her daughter and an Indian citizen, Ranjan Tandon, as her partners in the scam. The gang used different tactics to get money from the people coming into their contact.

The victims also complained that even the police did not help them retrieve their money.

Meanwhile, District Police Office Banke has said that only one complaint has been filed in this regard. Police Inspector Rana Bahadur Bista, who is also the in-charge of complaint department, told Republica that apart from Rekha Gupta of Nepalgunj - 8, nobody has filed any complaint in this regard. According to the complaint, Gupta had accused Mina of cheating her with Rs one million, wherein she received a cheque from Mina that was bounced.

Bista told Republica that the police had investigated on this issue. However, Mina is nowhere to be found. He added that should someone come up with necessary evidence, they might file a case in the police station or start a lawsuit against her at the court itself.

RUKUM, Sept 22: A month ago, Hira Khadka of Sisne Rural Municipality-6, Rukumkot, suffered from fever. She went to a... Read More...