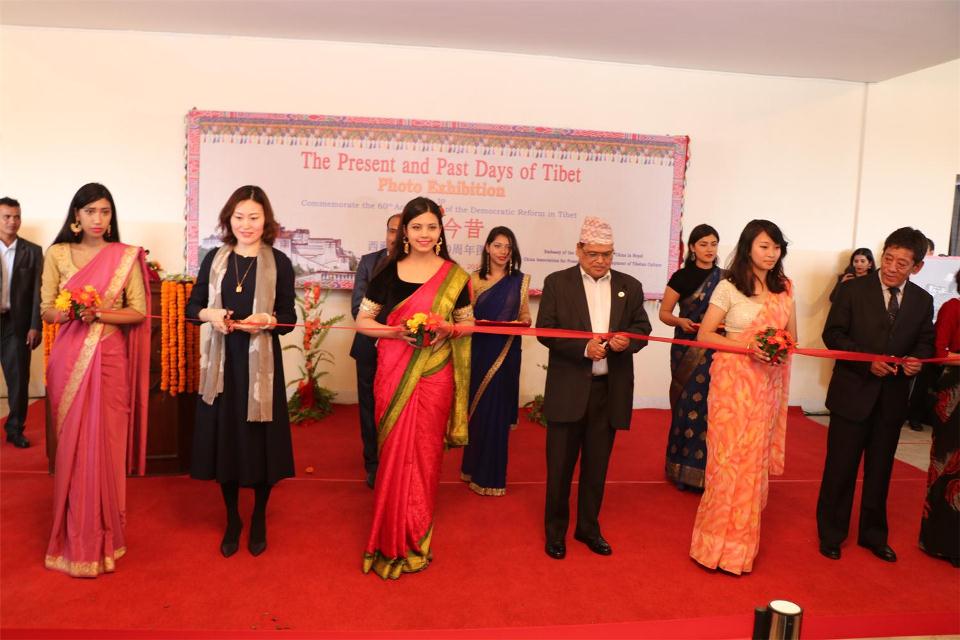 KATHMANDU, March 28: Speaker of the House of Representatives Krishna Bahadur Mahara said on Thursday that Nepal wants to enhance meaningful cooperation with northern neighbor China under the framework of the Belt and Road Initiative.

Inaugurating a four-day photo exhibition to commemorate the 60th anniversary of the democratic reforms in China's Tibet Autonomous Region at Nepal Academy, Mahara said that Nepal is looking for meaningful cooperation in the areas of railroad connectivity and physical infrastructure development under the BRI framework.

"Nepal has already joined the Belt and Road Initiative announced by Chinese President Xi Jinping in 2013. We believe that the BRI will contribute to promote cross-country trade, connectivity, business, tourism and other areas," the speaker said.

Praising socio-economic progress made by China's Tibet in the past sixty years, he said that the region has been emerged as a gateway for Nepal and China to enhance their multi-faceted ties.

"Our cooperation in the field of economy, tourism, political communication and culture has been flourishing day and day. Hence, the socio-economic and political transformation in Tibet has brought several opportunities for us too," he said.

Reaffirming Nepal's commitment to One-China Policy, Mahara said that the country will never allow anti-Chinese activities on its soil.

Mahara said that the photo exhibition is helpful to know the past and present days of the Tibet.

Addressing the program, Chinese Ambassador to Nepal Hou Yanqi said that the photo exhibition will be helpful to Nepali people to know more about Tibet.

The exhibition titled "The Present and Past Days of Tibet" will continue till April 1 at Nepal Academy, Kamaladi.

The event has been organized by the World Cultural Net with the support of the Chinese Embassy in Nepal and China Association for Preservation and Development of Tibetan Culture.

On Wednesday, China's State Council Information Office had issued a white paper on democratic reform and the leap of development in Tibet over the past six decades.

The white paper, titled "Democratic Reform in Tibet -- Sixty Years On," lauded the democratic reform as "the greatest and most profound social transformation in the history of Tibet."

"By abolishing serfdom, a grim and backward feudal system, Tibet was able to establish a new social system that liberated the people and made them the masters of the nation and society, thus ensuring their rights in all matters," the document said. The year 2019 marks the 60th anniversary of the campaign of democratic reform in Tibet, according to Chinese media reports.