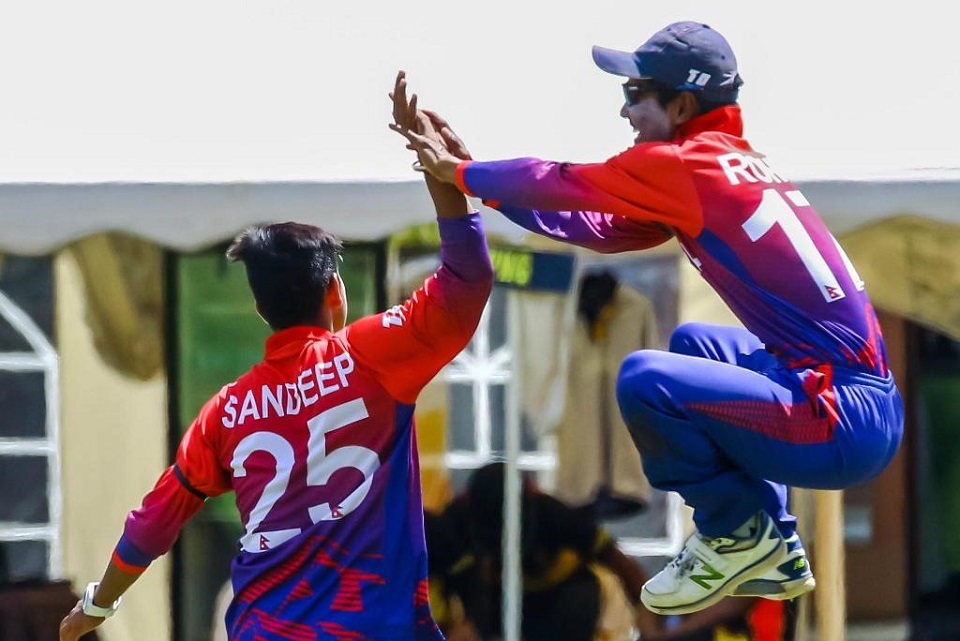 Earlier, Nepal won the toss and invited USA to bat first. The USA losing all their wickets in the 12th over could score just 35 runs, the lowest total ever in the history of ODI cricket.

In reply, Nepal reached the target in the 6th over, however, lost both of its opening batsmen, Gyanendra Malla and Subash Khakurel in the second over. Nosthush Kenjige sent both of them to the pavilion in his brilliant first over bowling attack.

Former captain Paras Khadka and vice-captain Dipendra Singh Airee then hit regular boundaries and a maximum each to lead their side to an easy win with 268 balls remaining. Khadka scored 20 off 15 balls while Airee contributed 15 runs in 11 deliveries to ensure such a convincing vicotry.

Earlier for Nepal, Sandeep Lamichhane and Sushan Bhari picked 6 and 4 wickets respectively. Lamichhane took his first wicket in the second over in the form of IG Holland who was out for a duck. Similarly, he sent MD Patel, NK Patel, Akshay Homraj, TK Patel and NP Kenjige off to the Pavillion.

XM Marshall was the highest scorer for the US with 16 runs in 22 deliveries. Except for him, no other batsmen could reach the double-digit mark.

Sandeep Lamichhane has been declared the man of the match for his brilliant bowling performance.

KATHAMANDU, Feb 13: Nepal secured a record-breaking win by eight wickets against the United States (US) to wrap up the ICC... Read More...