‘Nepal should invest in its human ingenuity’ 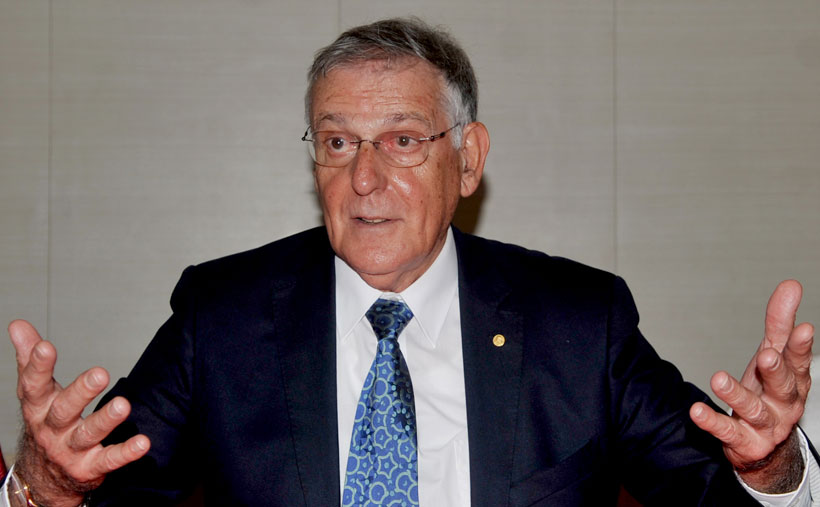 Professor Dan Shechtman, the Nobel Prize winner for Chemistry in 2011, is an Israeli engineer and material scientist. He was recently in Kathmandu to participate in the 13th International Conference on Quasicrystals (His Nobel Prize winning discovery) organized in Dhulikhel.  Akhilesh Tripathi and Krishna Dhungana of Republica Online caught up with Professor Shechtman for an interview. Excerpts:

What do you think of this international conference on technological entrepreneurship organized in Nepal?

This is conference number 13. I participated in the first one. I’m the only one in the conference now who participated in the first one thirty years ago in 1986. So every 2 years or so we have a conference and it’s important that the very people who do research on quasi-periodic material, I call them quasi-periodic material, meet every now and then to see some new stuffs or they learned from each other and think it’s exciting and whatever ways  of development. The people from Nepal invited us. They made an offer. I’m not the part of the committee but we have a committee and we decided, “Okay, this time we’ll do it at Nepal.”

Was there any specific reason for organizing the conference in Nepal?

They invited us. That’s the sole reason. Every year there are several invitations. And then we discussed and agreed that Nepal is an interesting country. So we did it here.

How is your discovery applied in day to day life?

What are your suggestions to the government of Nepal for promoting technological entrepreneurship?

The absence of angel investors and venture capitals in the market makes launching a start-up in Nepal quite difficult for an entrepreneur who doesn’t have deep pockets. What do you suggest to overcome this problem?

You have to come up with good ideas. If the idea is new and good, I think money should flow in. The government can and should help in such cases.

What lessons can Nepal learn from Israel’s entrepreneurship journey?

The driving force in Israel, besides knowledge, is a culture of entrepreneurship. I have contributed to this personally because I started to teach technological entrepreneurship in Israel 30 years ago when nobody was even talking about it. Over 10,000 engineers and scientists have taken my class. Nepal can learn from Israel to invest in human ingenuity. Long before Israel had anything else, it had engineers and scientists. It had good universities. At least 3 of the Israeli universities are among the top 100 universities in the world. Nepal has everything that it needs to succeed. It has 30 million people; we have around 8 million. Our area is very, very small. Nepal’s total area is very large, when compared to Israel’s. You have the Himalayas. You have water. That means a huge potential in hydroelectricity. Israel is surrounded by enemies and Nepal by friendly neighbors. But we turned our difficulties into benefits.  Practically, every large country in the world has a development and innovation center in Israel.

Who do you think can create a better world – politicians or scientists?

Finally, what is your message to the young scientists in Nepal?

I say this to the young people around the world – find a subject that you love. It could be Biology, Physics, Chemistry, Mathematics and so on. And become an expert in the subject you love.

More than 600 participants from 40 countries will participate in the Investment Summit to be held in Kathmandu from Friday.... Read More...