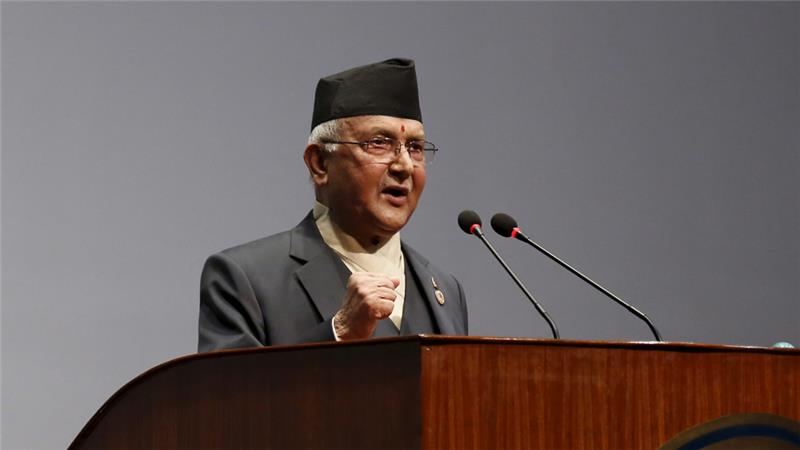 POKHARA, July 20: Prime Minister KP Oli has said that Nepal should export its abundant mineral water through the cross-country railways which are expected to link Nepal to China and India in a few years.

Addressing for the first time the Gandaki Provincial Parliament in Pokhara on Thursday, Prime Minister Oli argued that since Gandaki Province is linked with the Himalayas there is a huge potential to cash in on the mineral water that flows from the high mountains.

“We like to drink bottled water. The water flowing from the mountains can be used for drinking without any processing. This water also contains minerals. While the trains coming to Nepal will bring various goods, we can export mineral water through the same trains,” the prime minister said.

Claiming that each plant and stone found in Nepal has medicinal value, Oli said that the government will introduce appropriate programs to process and export them to the international market. He also advised the province government to focus on tapping the tourism potential as Gandaki province is full of natural beauty.

Prime Minister Oli reiterated his commitment to bring trains from both India and China to Nepal. While stating that people had cracked joke when he first floated the idea of railway, Prime Minister Oli said East-West Railway and Kathmandu-Raxaul Railway will come into operation soon as their feasibility studies are scheduled soon.

On the occasion, Prime Minister Oli said that good governance was a must for the country's development. He also urged all members of the provincial assembly to drive their province on the path of development while safeguarding the achievements of the recent political movements.