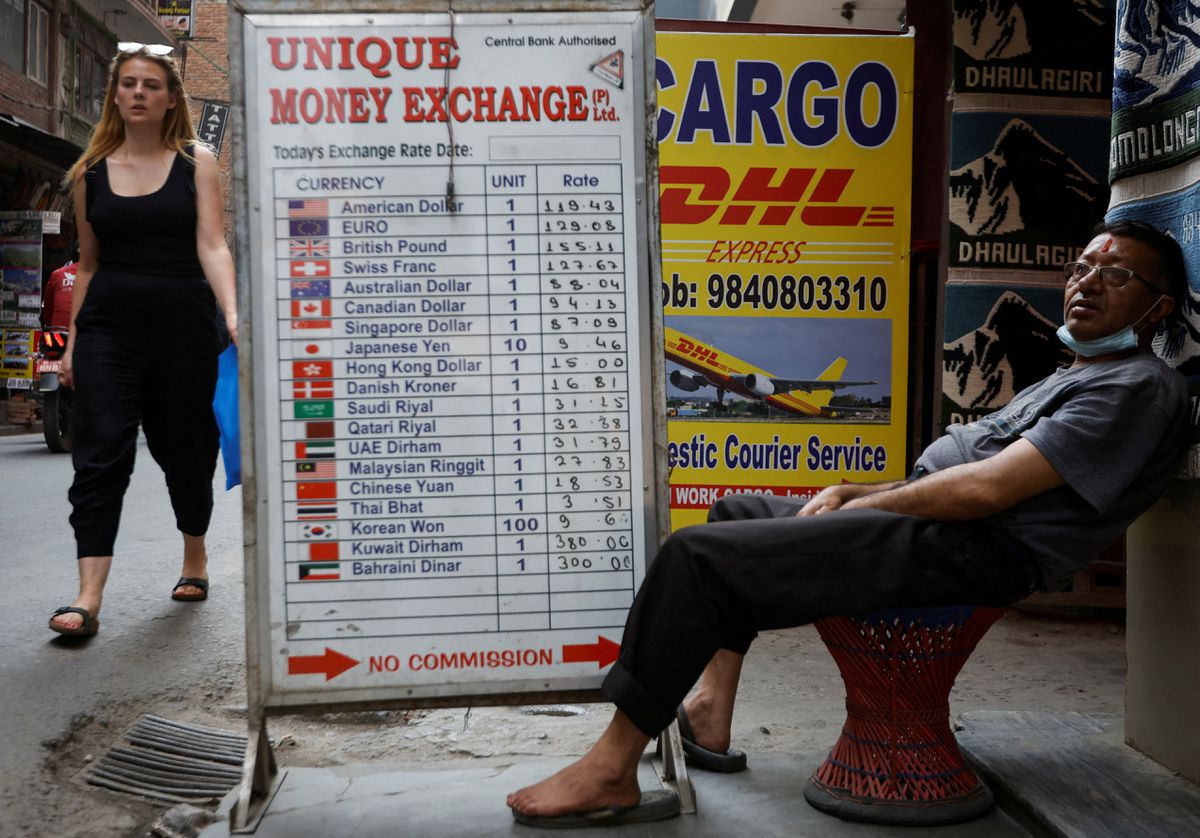 Speaking to Reuters, he denied Nepal was facing an economic crisis despite the impact of soaring commodity prices as the tourist industry, a key source of revenues, struggles to recover after the COVID-19 pandemic.

Nepal, wedged between China and India, this month imposed curbs on luxury goods imports to rein in capital outflows. Foreign exchange reserves fell over 18% to $9.6 billion as of mid-March from mid-July - enough for around six months imports.

By depositing their savings in Nepal, overseas Nepalis would continue to "maintain their link as well as benefit from 6 to 7% interest" offered by Nepali banks, Sharma said.

Sharma said the economy did not face a crisis and Nepal's situation could not be compared with Sri Lanka. That South Asian country is facing its worst economic crisis in decades and anti-government protests.

In Nepal, remittances by overseas workers, which constitute nearly a quarter of the economy and are crucial for external payments, fell 3.0% to $5.3 billion between mid-July to mid-March, compared with a 5% increase in the same period a year earlier.

Earnings from tourism, which fell sharply after the start of the pandemic in 2020, are slowly picking up, but remain well below pre-COVID levels.

Sharma said if 100,000 Nepali nationals living abroad deposited $10,000 each in Nepali banks it could go a long way to help Nepal overcome the current liquidity constrains.

Nepal has also decided to accept $659 million in aid from the United States and about $150 million in soft loan from the World Bank, Sharma said.

"The money to be received from the United States over five years is a (non-refundable) grant," he said.