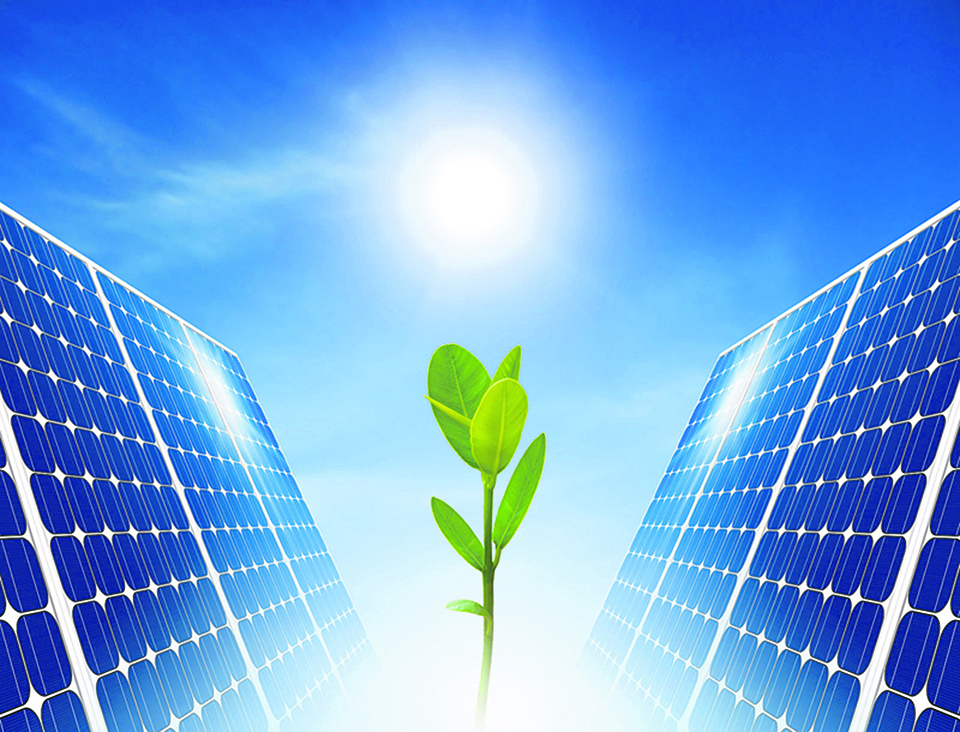 Tapendra Chand is an energy expert and Manoj Paudel is an economist
news@myrepublica.com

As calls for action on climate change are getting louder around the globe, how can we leverage solar energy in Nepal to start our own action for a cleaner planet?

A 16-year-old Greta Thunberg from Sweden rose to global prominence after being nominated for the Nobel Peace Prize for her action—inspiring a global movement by school children demanding action against climate change. In the US, the Green New Deal, a proposal for stimulus package targeting both climate change and inequality, led by Alexandria Ocasio-Cortez and Ed Markey, put forward a target to entirely switch to zero-emission, clean and renewable sources of energy by 2030. Quiet but important transformations are taking place in our neighbouring countries too. According to the International Energy Agency, China achieved its 2020 target for solar capacity addition three years earlier. India is expected to surpass its commitment made during the Paris Agreement regarding non-fossil fuel power generation.

Some noticeable developments have also taken place in Nepal as well. A few months back, during the Nepal Investment Summit 2019, solar energy featured as one of the key agendas among the various Memorandum of Understandings (MoUs) and investment agreements signed. A joint-venture agreement was signed between Chaudhary Group and SkyPower for the development of 600 MW utility-scale PV projects in Nepal. Similarly, MoU was signed between the Chief Minister’s Office of Province 2 and CG Infrastructure Pvt Ltd for the development of Solar Photovoltaic Energy. Dolma Fund Management has recently received survey license for 295 MW of Solar Project. The developer also aims to install battery storage system for peak energy management. A leading renewable energy project development company in the ASEAN also got study approval for the development of 550-MW solar power plants across seven provinces of Nepal. These are positive developments we should not fail to notice. This shows that Nepal is catching up with solar energy development amidst the surge in popularity of solar power throughout the world.

Various factors need to be considered to assess the suitability of solar power and related investment in Nepal. The cost per MW of grid connected photovoltaic system currently ranges from around 80 to 100 million rupees. However, the cost for solar panels, which accounts for 55-60 percent of the total project cost, is in decreasing trend. Hence, it can be anticipated that the investment cost of solar power plants will decrease in the days to come. Moreover, the efficiency of solar panels is increasing every year which consequently enhances the energy production that largely affects the overall output of the system.

Besides, there are bound to be further innovative developments in the sector. For example, floating solar panels are becoming popular in those countries that have limited land. Such panels could also be used in the reservoir area. Studies in some of the major dams around the world such as Narmada Dam in India, Bakun Dam in Malaysia, Guri Dam in Venezuela and other ongoing projects have shown that area covered per MW of solar power plants, is even less than that of what would be required on land-based projects. Moreover, they can have increased energy output due to cooling effect of water. Although the technology is new, it will mature as the economies of scale of such plants rise. There are many reservoir projects planned in Nepal and use of such floating solar panels in these planned reservoir areas could maximize energy generation and reduce per unit generation price of electricity.

However, some aspects of solar power development need special consideration. Even though grid connected solar photovoltaic battery-less system is largely beneficial to the environment and is free of greenhouse gas emissions, the energy density is not necessarily favourable. It requires around 1.2 to 1.4 hectares of land for per MW of solar power plants. If the plants have to displace agricultural land, then the cost benefit analysis needs to be scrutinized well. Such power plants need to be targeted for infertile land such as banks of river, slopy mountainous land and other areas where the opportunity cost could be justified. Moreover, there are multiple ways to productively use the land underneath the solar PV array, for example, by carrying out vegetable farming.

Another important aspect that needs special consideration is the effective recycling of solar panels once their lifecycle, which is usually 20 to 25 years, is completed. In countries with good practices, the manufacturer takes the responsibility of handling and recycling such panels and there is an agreement with the developer. Hence, such practice needs to be implemented in countries like Nepal as well or else the decommissioning and management of solar panels will be challenging. The same applies for battery which is more harmful to the environment if not handled properly. It is imperative that enough attention is given to management of such aspects if solar energy is to be developed as a clean and green energy in real sense.

Government of Nepal’s plans, policies and programs recognise the need to promote a green economy and emphasise on energy mix, energy security and access to energy. Fortuitously, this is also in line with the Sustainable Development Goal number seven of providing affordable and clean energy. The intention is praise-worthy. To accelerate sustainable solar power development, specific issues need to be addressed.

First and foremost, the exact target for contribution of alternative energy needs to be fixed and the proportion of contribution of solar energy in the energy mix needs to be planned. Initial costs of solar power development can be high which needs to be addressed by facilitating access to affordable and sustainable finance for developers. Similarly, a rigorous nation-wide solar screening can help to assess, prioritise and target areas for solar power development and also make it easy for private sector developers. Guidelines for developing utility-scale solar power plants have been developed. They need to be adopted. Solar power development can also be an opportunity for state and local governments to develop their own capacity in the process of facilitating private sector developers. However, given the disparities in the capacities among various governments, building their capabilities is important.

Planned and sustainable development of solar energy as part of a larger green energy development plan can truly help Nepal accelerate its own action for a cleaner planet.