Drones fitted with colorful lights were flown in formation to create a Buddha image (left) and map of Nepal (right) during the conclusion ceremony of the 13th South Asian Games at the Dasharath Stadium in Kathmandu on Tuesday evening. Photo: Bijaya Rai/ Republica

KATHMANDU, Dec 11: Nepal completed its most successful South Asian Games (SAG) with a record 51 golds, 20 more than the record total tally at the eighth edition of the event, with a momentous closing ceremony held at the Dasharath Stadium in Tripureshwar on Tuesday.

Back in 1999 as well, Nepal had made a new record with 31 golds in an edition also held at home. After 20 years, Nepal once again rewrote history books with a record number of tallies. Similarly, Nepal collected 60 silver medals and 95 bronzes taking its total tally to 206.

AbhishekRijal and Sunil Bal scored for Nepal in a 2-1 win against Bhutan in the 13th SAG men’s football final; and boxer SanilShahi,defeating India’s Varinder Singh, secured the 51st and the 50th gold medalsrespectively for Nepal on the final day to pass the magical milestone of 50 for the first time ever in the mega event.

The President of Nepal Olympic Committee (NOC) and SAG Olympic Council Jeevan Ram Shrestha credited all stakeholders, fans and security forces’ combined efforts for the grand completion of the event.

The Member-Secretary of National Sports Council (NSC) Ramesh Kumar Silwal hoped that with the success of the SAG, Nepal was now prepared to host bigger and grander sports events in the country.

Silwal also informed that Prime Minister KP Sharma Oli will announce a special award package for all the gold medal winners, on Wednesday.

India comfortably topped the chart with 174 golds, 93 silvers and 45 bronze medals. Sri Lanka was limited to the third with a total of 251 medals including 40 golds, 83 silvers and 128 bronzes.

The SAG, previously known as South Asian Federation (SAF) Games, is a biennial multi-sport event held among the athletes from South Asia. The governing body of these games is South Asia Olympic Council (SAOC), formed in 1983. At present, SAG is joined by seven members of the South Asian Association of Regional Cooperation (SAARC), namely Bangladesh, Bhutan, India, the Maldives, Nepal, Pakistan, and Sri Lanka.

Despite being postponed for three times previously, the 13th edition of SAG wasfinally inauguratedon December 1 and was held in Kathmandu, Pokhara and Janakpur.

The first SAG was hosted in Kathmandu, Nepal, in 1984.

With the 13th SAG, Nepal successfully completed its third SAG event in its 29 years history.

The next SAG will be held in Pakistan.

- Gaurika Singh became the first Nepali athlete to win four gold medals in a single SAG, in swimming. No athlete had ever achieved that feat.

- Santoshi Shrestha became the first female Nepali runner to win a 10,000 meters gold in athletics. She won the race by 10 milliseconds.

- Kiran Singh Bogati won a marathon gold for the first time in 24 years at the SAG for Nepal.

- Minu Gurung became the first Nepali female boxer to win a gold medal at the SAG.

Gaurika Singh carries the national flag as she represents Nepal in a march past during the closing ceremony of the 13th South Asian Games at the Dasharath Stadium in Tripureshwar, Kathmandu on Tuesday. Photo: RSS 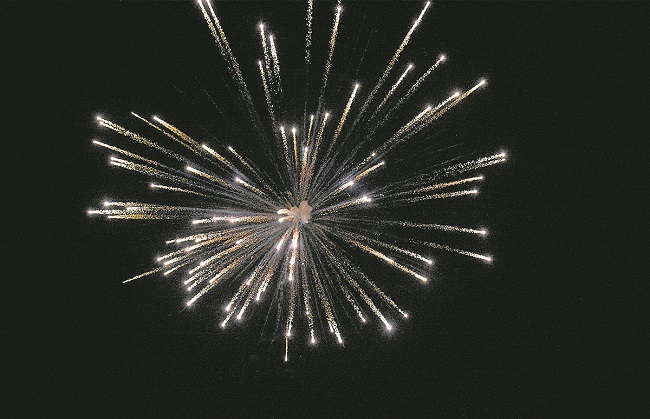 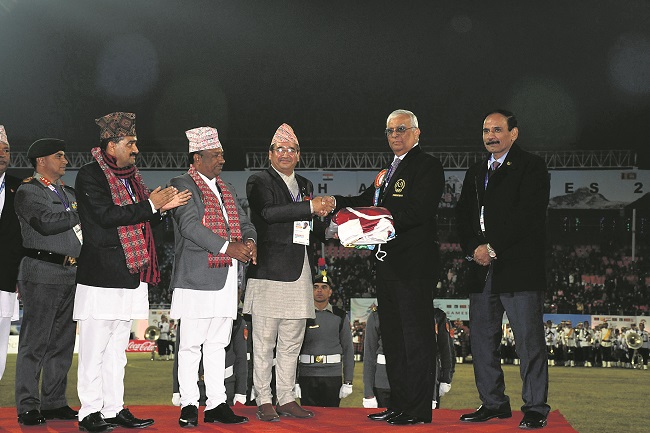 Nepal is in the midst of the 13th South Asian Games (SAG). With its formal inauguration by President Bidhya Devi... Read More...

Prosperity not a far cry, Minister Basnet says
55 minutes ago