Nepal revises its climate target, Cabinet to endorse this week 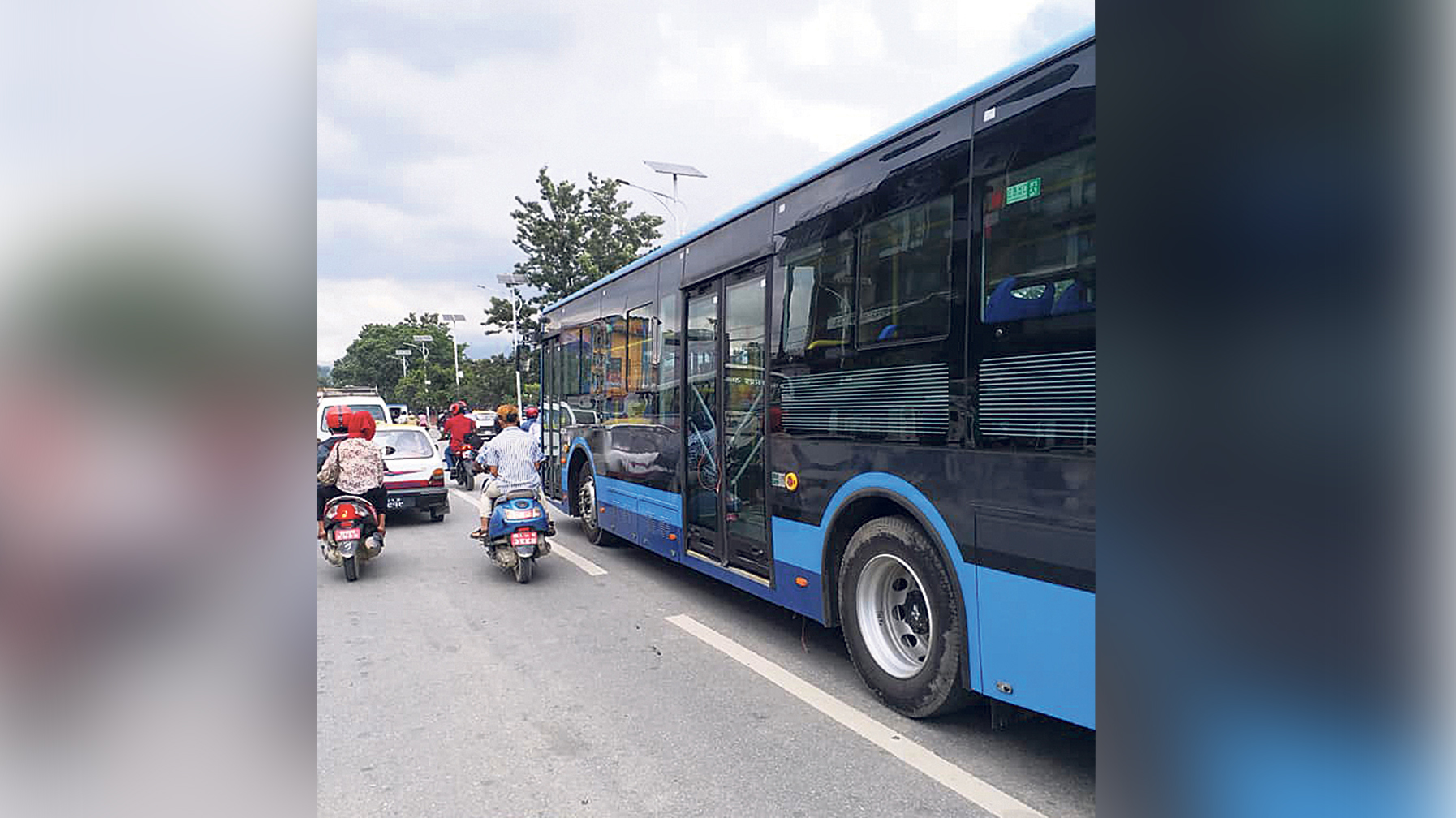 KATHMANDU, Dec 7: Nepal is all set to revise its earlier commitment towards climate change targets set in 2016 as part of the Paris Agreement (2015) on climate change. A proposal on "Enhanced Nationally Determined Contributions (eNDC) of Nepal" has reached the cabinet secretariat, for its approval this week.

Parties to the Paris Agreement, including Nepal, last year had agreed to submit their revised targets to the UNFCCC within December, 2020. A ministry level task force, headed by the Climate Change Coordination Division Chief, under the Ministry of Forest and Environment (MoFE), has prepared the strategic document, which sets out Nepal's commitment towards minimizing the impact of climate change and its vision towards net-zero greenhouse gas emissions and a resilient economy.

With its goals of decarbonizing economies and improving resilience, the Paris Agreement established the NDC as the primary policy tool for global action for climate change.

The cabinet is likely to endorse the document before December 12, as the United Nations, the United Kingdom, and France, in partnership with Chile and Italy, are co-hosting a virtual Climate Ambition Summit 2020 on that day to mark the fifth anniversary of the Paris Agreement. Prime Minister K P Sharma Oli is scheduled to address the summit, which is expected to provide a platform for government and non-government leaders to express their commitment towards the Paris Agreement and the multilateral process.

In its enhanced format, officials claimed the targets, though still ambitious, will be made realistic, with a clear time frame to monitor the results.

"The NDC-2016 had lacked baseline on various sectors, but we have mentioned a baseline, and had set out short, medium and long term goals with quantifiable indicators," said Dr Radha Wagle, the coordinator of the Task Force and chief of Climate Change Coordination Division under MoFE.

In its major target relating to clean energy based transport sector, the government plans to increase sales of e-vehicles so that 90 percent of all private passenger vehicle sales, including two-wheelers, would be electric, and 60 percent of all four-wheeler public passenger vehicle sales would be electric by 2030, in its medium term target. The government hopes that the policy would help to decrease Nepal's fossil fuel dependency by 28 percent.

As part of the short-term target, by 2025, 25 percent of all private passenger and 20 percent of all four-wheeler public passenger vehicle sales will be electric. It may be recalled that the current share of electric vehicles in Nepal is around one percent, against the target of NDC-16 which wanted to increase it to 20 percent.

Also, by 2030, the government plans to develop 200 kilometers of electric rail network to support public commuting and mass transportation of goods.

In its energy target by 2030, Nepal seeks to expand clean energy generation from approximately 1400 MW to 15,000 MW. Of the total generation, five to ten percent would be generated from mini and micro-hydro power, solar and wind energy.

In its Agriculture, Forestry and Other Land Use (AFOLU) related target, the plan seeks to maintain 45 percent of the total area of the country under forest cover. Nepal has made progress in increasing the total forest coverage to 44 percent, against the NDC-16 target of 40 percent.

On industry targets, the government is seeking to formulate guidelines and establish mechanisms to monitor emissions from large industries by 2025, and to reduce coal consumption and air pollution from brick and cement industries through development of emission standards by 2030.

On waste management, the government seeks to treat 380 million liters of wastewater before discharging it to the natural course. Also, it seeks to manage 60,000 cubic meters of fecal sludge every year. Currently, 2.1 percent of waste water and less than 1 percent of the fecal sludge is treated in Nepal, according to the official figure.

Experts, however, point to the government's failure to implement these important national policy documents and its international commitments.

“The government looks serious on formulating policies, but it is utterly failing to implement these policies on the ground,” Professor Amrit Man Nakarmi, affiliated with Center for Energy Studies, Institute of Engineering, Pulchowk, said. Referring to the sudden raise in taxations in electric vehicles last year, he said, "It is unfortunate that we formulate policies that are not implemented." The current Finance Minister, Mr Bishnu Poudel, has revoked excise duties on electric vehicles to a certain level immediately after his appointment to the post.

Drafted a few years ago, the Low Carbon Economic Development Strategy is still in limbo. The strategy seeks to promote economic development through low carbon emission with a particular focus on energy, agriculture and livestock, forests, industry, human settlements and wastes, transport and commercial sectors. Officials confide that there was a delay in its endorsement, as it was likely to have a negative impact on Nepal’s development push and economic growth.

Though Nepal's contribution to global greenhouse gas emission is negligible—only 0.027 percent of the global total—Nepal ranks fourth in the global climate risk index of the most vulnerable countries.