KATHMANDU, Feb 12: The tri-series between Nepal, Oman and the USA, which was scheduled to be held in Oman in March 2021 under ICC Men's Cricket WC League-2, has been postponed until further notice.

The International Cricket Council (ICC) on Friday announced that the three upcoming series including the tri-series in the ICC Men’s Cricket World Cup League 2 due to take place between March and May have been postponed because of COVID-19.

As part of the ICC’s comprehensive contingency planning process across all ICC events and after consultation with members and with the relevant government and public health authorities, the decision has been taken to postpone all three series.

The postponed series included table-toppers Oman who were due to host second-placed USA and seventh-placed Nepal for six ODIs between 19 and 28 March 2021. The seventh series of the competition scheduled PNG who sit at the foot of the standings to host Oman and third-placed Scotland between 14 and 24 April 2021. The final series which will need to be rescheduled was to see PNG play host again, with the USA and fourth-placed Namibia travelling to the Pacific to play six ODIs between 13 and 23 May 2021.

The postponements are due to the current travel restrictions between countries, the quarantine time required before matches and the recent surge in COVID-19 cases.

The ICC will now work with hosts and participating members to find an appropriate window where the qualification pathway fixtures can be safely and practically rescheduled before the cut-off date of 28 February 2023. The window for rescheduling fixtures has been extended to the latest possible date to provide the best opportunity for qualification to be determined on the field of play.

Meanwhile, the Cricket Association of Nepal (CAN), releasing a press statement earlier today, shared the information regarding the postponement. 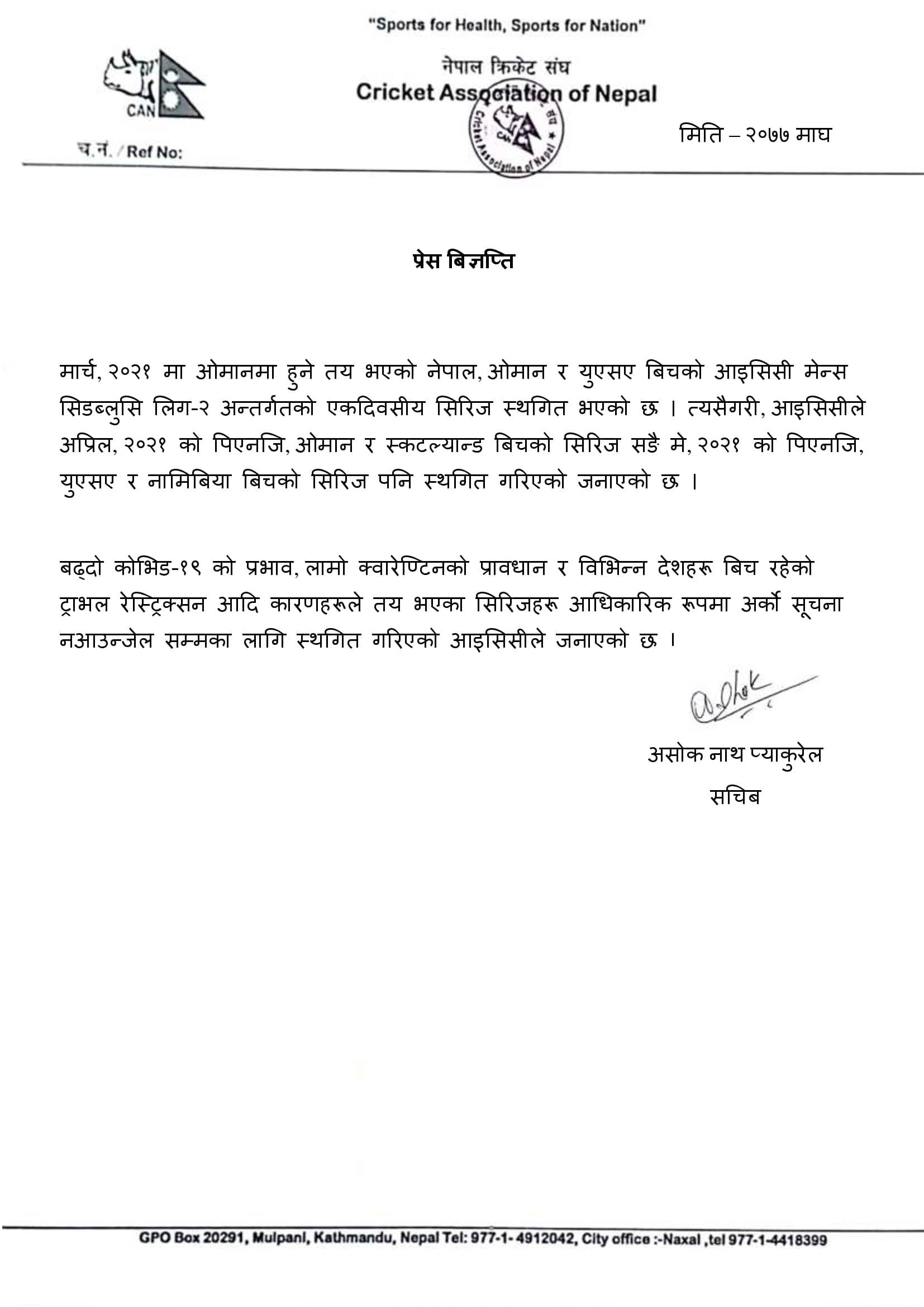