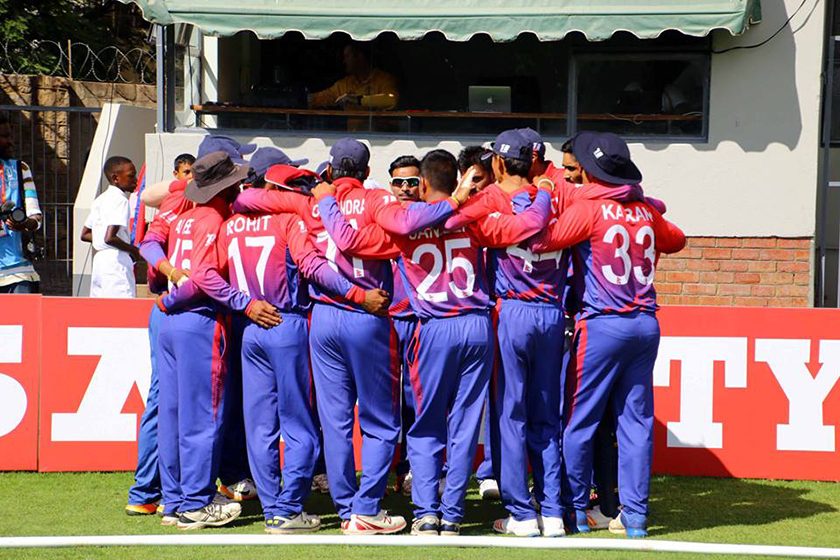 Chasing the huge run-target of 381 runs in their match against hosts Zimbabwe, Nepal could make only  264 runs in 50 over with the fall of eight wickets.

Earlier, Zimbabwe, which had won the toss, chose to bat, testing Nepal’s bowling strengths to put 380 at the loss of 6 wickets in 50 over.

Zimbabwe struck 16 sixes and 24 fours to reach the total.

Sompal Kami and Basanta Regmi took two wickets each while Lalit Rajbanshi and Sandeep Lamichhane took one wicket each.

This is the first time Nepal has played against Zimbabwe.

Nepal will now face Scotland in the second match of the tournament on March 8.