KATHMANDU, June 8: The Madhav Kumar Nepal-led faction of the CPN-UML has rejected the offer made by Chairman K P Oli to revive all party committees prior to May 17, 2018 to save the party unity.

The Nepal-led faction has concluded that the six-point proposal put forth by Oli on Sunday evening harboured an ill-intention to divide their faction and further delay their attempt to take forward the 'communist movement' in new manner.

"Instead of keeping [party committees] that existed on May 16, 2018, it has been said that they will be in line with his factional interest. This kind of proposal does not seem to have come with an intention to keep the party unity intact. This is simply unacceptable," the Nepal-led faction has said in a statement on Monday evening.

The Nepal-led faction issued statement after holding a virtual meeting of Standing Committee members close to the faction. The faction has responded to Oli's call for the party unity in six-point.

Chairman Oli in a statement on Sunday evening had expressed his commitment to revive all party committees that existed before the unification between the UML and CPN (Maoist Center) led by Pushpa Kamal Dahal on May 16, 2018. This was one of the key demands put forth by the Nepal-led faction, which has already started final preparations to split the party, to keep party unity intact.

Chairman Oli has set a condition for lawmakers close to the Nepal-led faction to withdraw their signatures provided earlier to make Nepali Congress (NC) President Sher Bahadur Deuba a new prime minister. The Nepal-led faction, however, has rejected his proposal to withdraw signatures from the writ petition filed in the Supreme Court to reinstate dissolved House of Representatives, while concluding that Oli's statement nowhere shows his committment to run the party as per the provisions of the party's statute and rules. 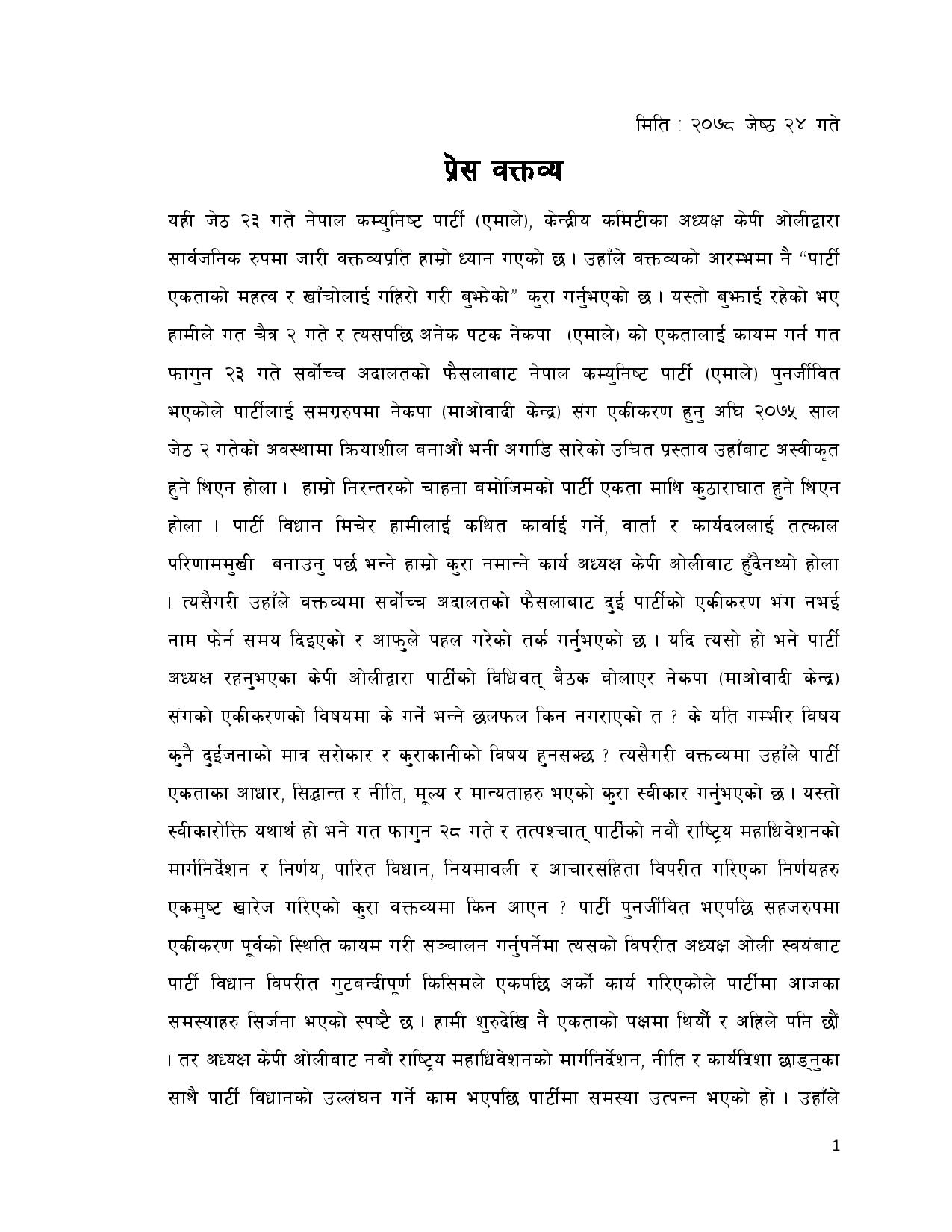 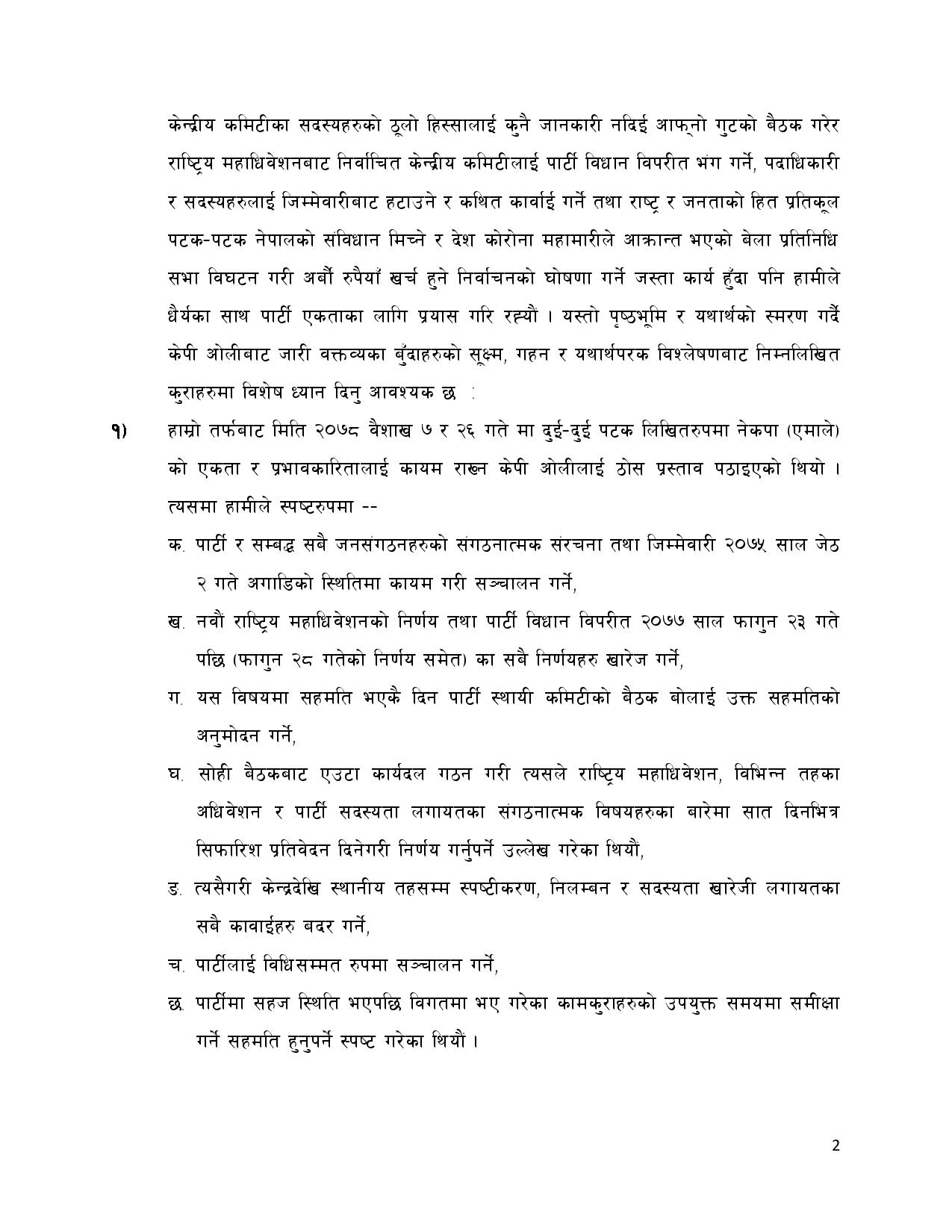 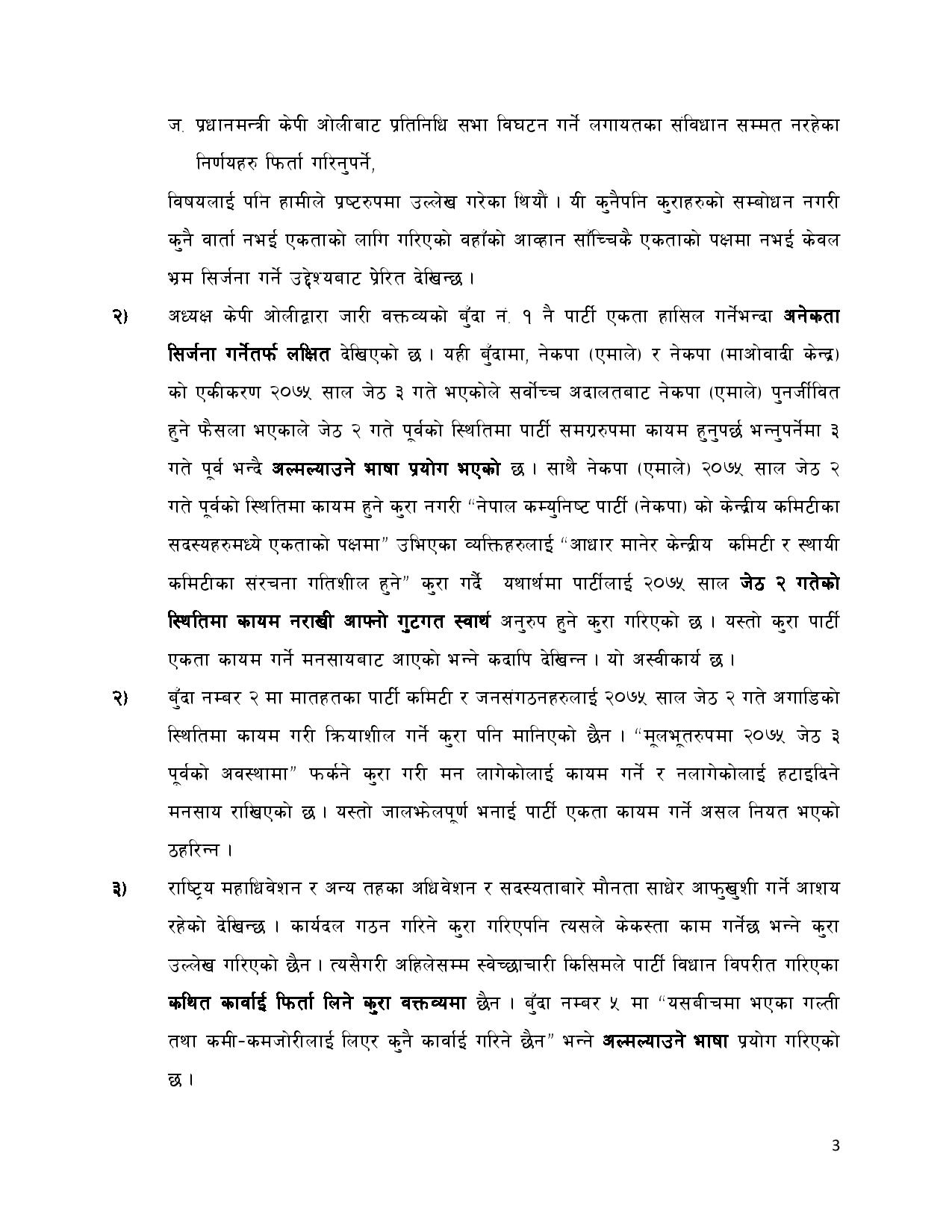 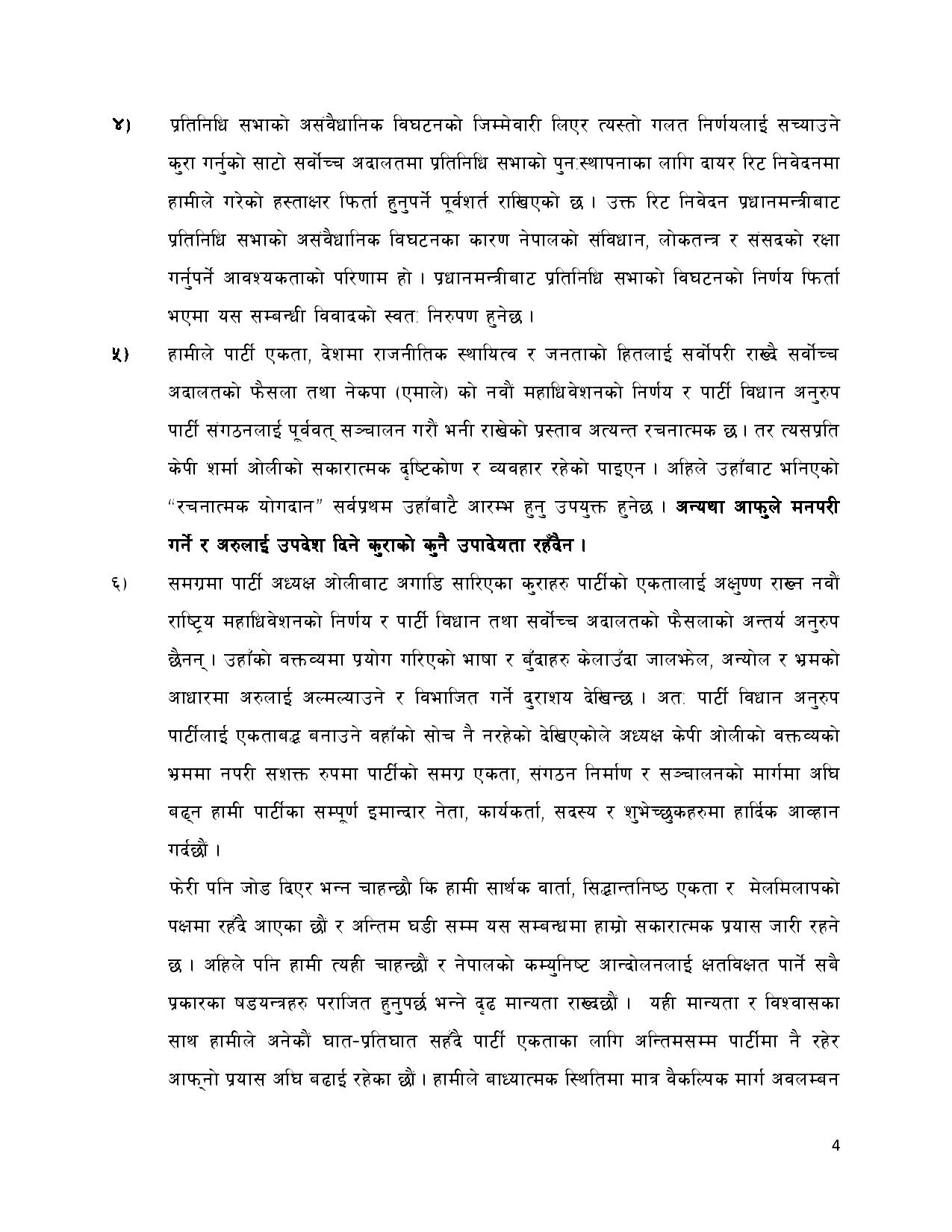 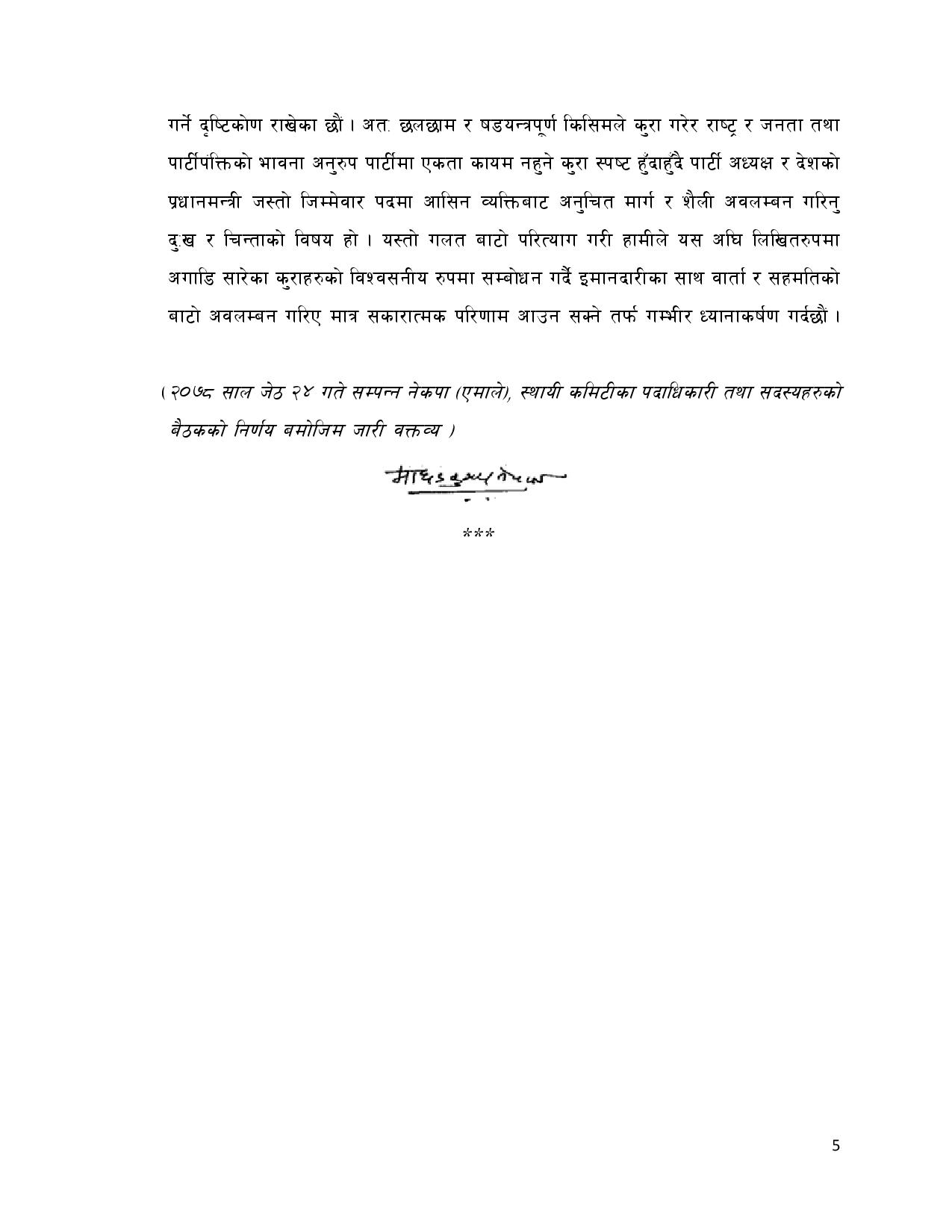 We have reached closer to consensus: Task Force member Bista

KATHMANDU, July 8: CPN-UML leader Gokarna Bista has said that they have reached closer to consensus to settle disputes between... Read More...

No decision on home ministry leadership until full text of SC’s verdict on Rabi Lamichhane is out: PM Dahal
38 minutes ago

Pokhara-Baglung Highway to be closed for upgrading
55 minutes ago