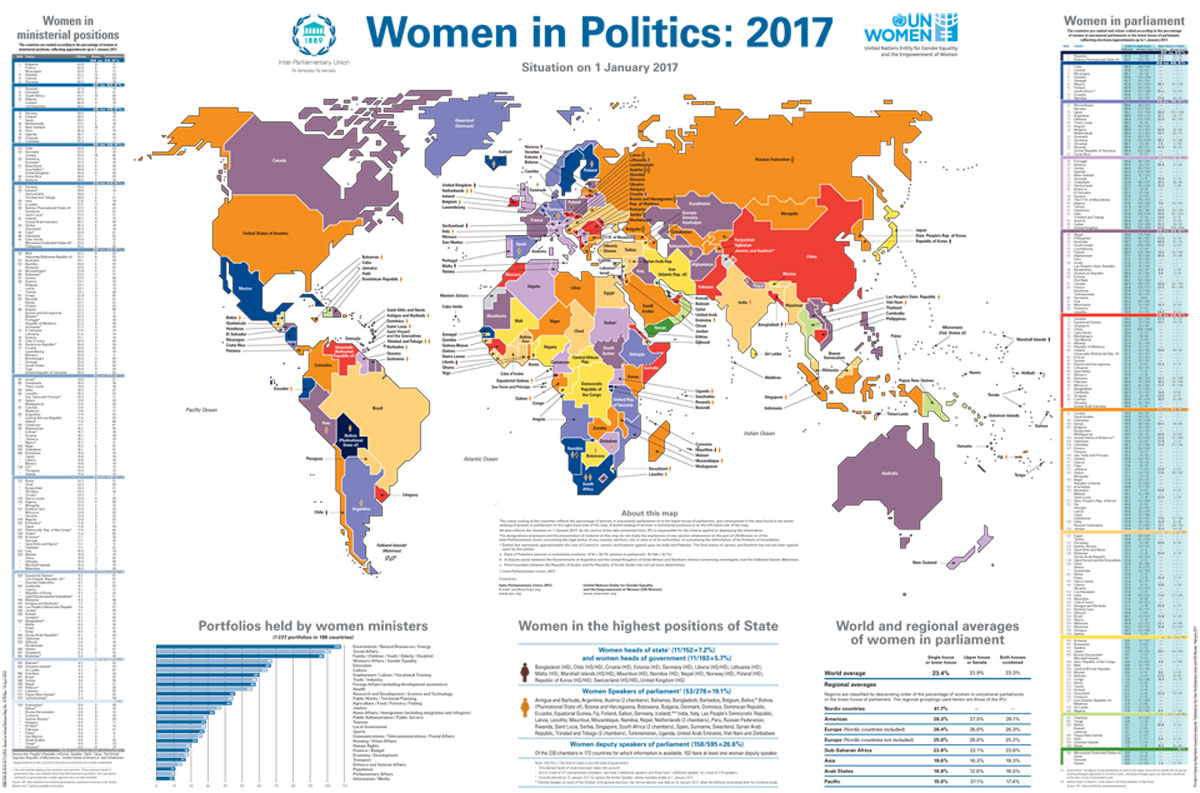 KATHMANDU, April 2: Despite a decline since the previous Constituent Assembly (CA), Nepal has made it to top position in South Asia in the representation of women in parliament, according to a global study.

According to 'Women in Politics', a data map launched by the Inter Parliamentary Union (IPU) and UN Women last month, Nepal has topped other South Asian countries, with 29.6 percent  women representation in its parliament.

The participation of women in parliament was an all time high of 32.8 percent in Nepal during the first CA, but it decreased to 29 percent in the second CA.

Nepal now has 176 women lawmakers out of 595, according to the study, which indicates the status up till January 2017. After the demise of CPN-UML lawmaker Dulari Devi last month, the number of women lawmakers in Nepal is now  175.

But Nepal lags behind at 48th position in global rankings, whereas Rwanda is in first position with 38.5 percent women in parliament. The Nordic countries, USA and the European countries have higher numbers of women in their legislatures and the Arab and Pacific countries have lesser numbers, according to IPU data.

Likewise, according to  IPU and UN Women data, Nepal is among 11 countries having women as heads of state.

The number of female speakers of parliament is the highest so far, with 53 out of 273 in  such posts. Nepal  elected its first female president and first female speaker on October 2015, after promulgation of the new constitution.

According to the study, most women leaders get ministerial portfolios like environment, natural resources and energy, family affairs, women's affairs, gender equality, education and culture. In contrast, very few women ministers get information and media, parliamentary affairs, population and defense.

KATHMANDU, July 24: Nepal has become the topmost country in the entire South Asia region in terms of the number... Read More...