Nepal is all committed to safeguarding its land: Minister Gyawali 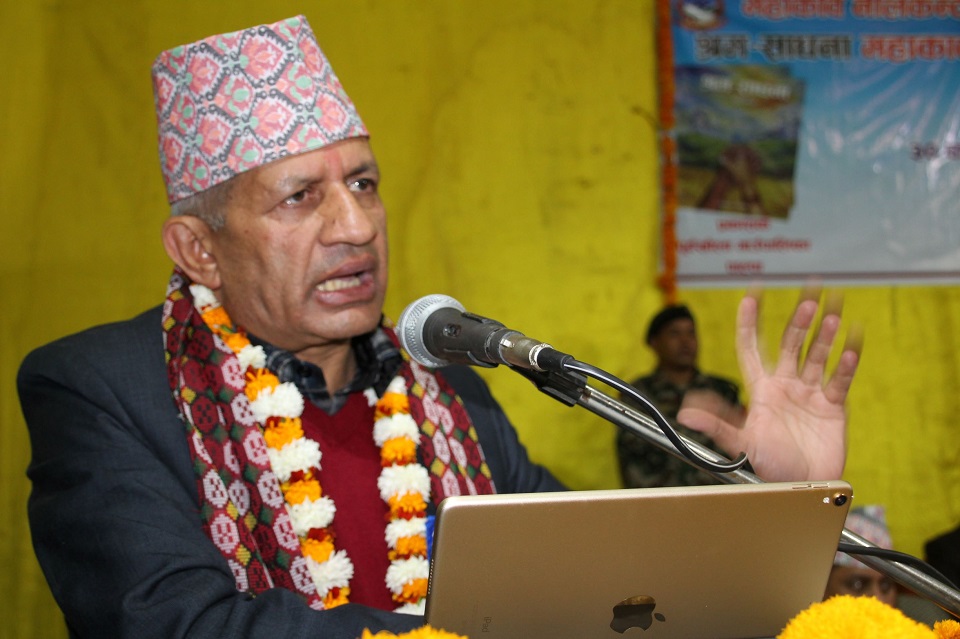 PALPA, Nov 16: Minister for Foreign Affairs Pradeep Kumar Gyawali has said that the government is all committed to safeguarding every inch of Nepali territory.

Addressing a program in Tansen on Saturday, Minister Gyawali informed that the government has already made diplomatic initiatives to settle a border dispute with India.

“The Treaty of Sugauli had demarcated the boundary of Nepal. The land in between the Mechi river in the east and the Mahakali river in the west belongs to Nepal. We have not claimed more than that,” clarified Gyawali.

Speaking further he added, “We have enough evidence and facts in this regard. People of Kalapani had cast votes during the first general elections back in 1959. Earlier, in 1941 they had also paid taxes at Gaunda, an administrative body during the 104-year Rana regime.”

He also said that Nepal wouldn’t remain silent at this sensitive matter in the name of friendship. “Friendship and rights should go together,” argued he.