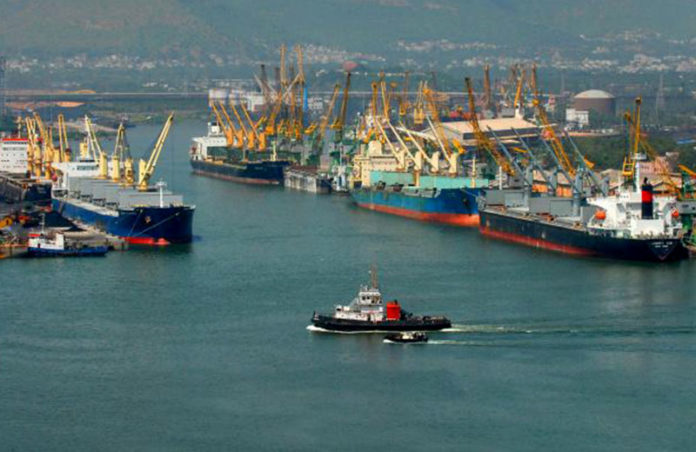 It will benefit both India and Nepal: Experts

BIRGUNJ, Jan 28: Nepal will start receiving transshipment facilities at Kolkata and Haldia ports of India from February 15 onward. The country is already receiving such privilege at Visakhapatnam port.

The new facility will not only speed up clearance of Nepal-bound consignments at Indian ports, but will also reduce the cost of trading.

Central Board of Indirect Taxes and Customs of Government of India made the announcement by issuing a notice on Friday.

The decision means Indians ports will be mere transshipment point for Nepal-bound containers from February 15.

All Nepal-bound railway cargo will be tracked electronically through Electronic Cargo Tracking System once they leave the Indian ports. Customs and other formalities will be carried out at Inland Container Depot in Birgunj.

The new facility will not only reduce the time taken for transshipments via railway but will also reduce the transit cost as importers need not pay detention and demurrage charges, traders, trade experts and government officials say.

As movement of cargoes will be monitored electronically, there will be no room for deflection of goods as feared by India.

This is being done as a pilot project and Nepali officials say that it will benefit both the countries. They also say that the arrangement has to be made permanent at the earliest.

“Road-bound cargoes will also get similar privilege later on,” Rabi Shankar Sainju, the secretary of the Ministry of Industry, Commerce and Supplies, told Republica.

Pradip Kedia, an importer and also a former president of Birgunj Chamber of Commerce and Industries, said that the new facility will relieve importers of detention and demurrage charges. “It will make a big change in Nepal’s third country trade,” he added.

Traders also say that they no longer need to worry about unexpected expenses while importing goods via Haldia and Kolkata ports. All Nepal-bound cargo will be given a 15-day window to enter Nepal. Previously, Nepali importers were paying detention and demurrage charges often as there used to be lengthy delays in transfer of consignments from vessel to terminal and terminal to railway. Such charges were in tune of 0.1 percent of the goods worth in the consignment or Re 1 per goods worth Rs 1,000.

“These new arrangements should be duly incorporated in three bilateral instruments – Trade and Transit Treaty, Rail Service Treaty and Transit Operation Modality between Kakarbhitta and Banglabandha.”